Using Turkish Islamic teachers just the tip of the iceberg in charter irregularities!

Horizon Science Academy in Bond Hill... employs seven foreign teachers, mostly from Turkey, brought to the U.S. on H-1B visas for jobs it says Ohio teachers are unqualified to fill.

Concept Schools, founded by followers of a Turkish Islamic cleric secluded in the Poconos, already is under federal and state scrutiny for possible irregularities in teacher licensing, testing and technology contracts.

An Enquirer investigation has found that Chicago-based Concept Schools, which runs Horizon and 17 other charter schools in Ohio, annually imports dozens of foreign teachers in numbers that far surpass any other school system in the state. 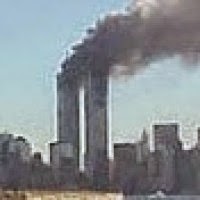 At least 474 foreign teachers, again mostly from Turkey, have arrived at Concept’s Ohio schools between 2005 and 2013. The schools are collecting about $45 million in state funds annually to educate 6,600 children in kindergarten through high school....

The Ohio Department of Education is weighing complaints from former Concept staffers that unlicensed, foreign teachers were used.

Ohio teachers, meanwhile, say plenty of qualified teachers are available for jobs being filled by the foreigners, especially since about 40,000 are still without teaching jobs because of the recession. [bold and red in original]


Are Americans who live in cities where charter schools exist examining their property tax bills?

Is the fact that their property taxes are going, in many cases, directly into the pockets of for-profit entities, not into the traditional school budget coffer, not of some concern to them?

Is the fact that charter schools have no school boards that represent the voters of the entire municipality of no concern to them?

Is the fact that Communist Core Marxist curriculum, assessment and remediation of their children's attitudes, values and beliefs will exist in their child's charter school, and they won't have the right to complain about "it" not of concern to them?

Is the fact that charter schools are being used to teach religion of no concern to them?

There used to be a prohibition against tax-funded public education promoting religious beliefs. Many state constitutions forbid tax money going to religious schools! Why is this unconstitutional charter school entity not being challenged in the courts?

What is it going to take for the hard-hit American taxpayer and/or parent to wake up and focus on the problem of tax-funded  government schools with no elected boards (charter schools)... and, in addition, to wake up and understand that once the government funds any form of private eduction,  including religious and home education, that this education entity in effect becomes "public"/"government" education (the kind of education one finds in Cuba, China, or any Socialist, Communist country)?

What is it going to take for Americans to realize that the internationalists,Neoconservatives, Leftists, corporations and their philanthropic agendas (such as Bill Gates), the Council on Foreign Relations, the U.S. Dept. of Education and the Carnegie Corporation "mafia" do NOT care about their children's futures? They all support tax-funded school choice in order to implement the lifelong global workforce training agenda. This Communist workforce agenda cannot be implemented without tax-funded school choice.

Limited Learning for Lifelong Labor! Do Americans not understand what those four words mean? Think about it! The National Alliance of Business, in the nineteen nineties, called for workforce training Kindergarten to Age 80 (Yes, Eighty years old! Read more HERE)

The money MUST follow the child; each child into the slot designated by the public/private partnership. This is the Soviet polytechnical system. This is what the late Prof. Eugene Boyce of University of Georgia described so well when he defined Communist polytech education as follows in his book The Coming Revolution in Education, 1983, as quoted inthe deliberate dumbing down of america, page 317:


"The communists do not educate people for jobs that do not exist. No such direct, controlled relationship between education and jobs exists in democratic countries.”[read more HERE]

What is it going to take for Americans to  realize that education is no longer about academics, but about "training" their children for the global workforce?Your child is considered nothing but a cog in "their" machine to be trained to spin off profits for the members of the global elite.

All this was planned by the Carnegie Corporation in 1934 in its little bookConclusions and Recommendations for the Social Studies which called for using THE PUBLIC SCHOOLS to change America's (successful) Capitalist economic system to a planned Socialist (unsuccessful) economy.  Look at Soviet Russia which adopted the planned economic system after the Bolshevik Revolution.   The Soviet Union was always a "basket case. Carnegie has been behind the school to work agenda for America since the aforementioned book was published. (Read more HERE).

Read this again from the article cited above:

Ohio teachers, meanwhile, say plenty of qualified teachers are available for jobs being filled by the foreigners, especially since about 40,000 are still without teaching jobs because of the recession.[bold and red in original]


What is it going to take for the few remaining academically-oriented American public school teachers to realize that they have been used since the passage of the 1965 Elementary and Secondary Education Act as guinea pigs in this whole socialist corporate fascist Skinnerian performance/outcomes based education school-to-work restructuring catastrophe?

The average American public school teacher detests what is taking place in American education.    He/she doesn't want to teach to the test using Skinner and his box, the computer, or to be turned into a mental health professional. Why aren't those few remaining good academic teachers organizing a massive protest before their state capitols and before the Congress in Washington, D.C? What do they have to lose since their jobs as professional academic teachers are already targeted for extinction. Get informed! Stay informed! Read this blog!

Charlotte Iserbyt
THE OFFICIAL BLOG OF CHARLOTTE ISERBYT. Also see: http://www.deliberatedumbingdown.com and http://www.americandeception.com. Iserbyt is the consummate whistleblower! She served as Sen.Policy Advisor in the OERI., U.S. Dept. of Ed., during the first Reagan Administration, where she first blew the whistle on a major technology initiative which would control curriculum in America's classrooms. Iserbyt is a former school board director and co-founder of Guardians of Education for Maine (GEM). She served in the American Red Cross on Guam and Japan during the Korean War, and in the US Foreign Service in Belgium and in the Rep of South Africa. Iserbyt is a speaker and writer, best known for her 1999 (2011) book the deliberate dumbing down of america. She also wrote Back to Basics Reform or OBE: Skinnerian International Curriculum (1985) and Soviets in the Classroom: America's Latest Education Fad (1989). She has published numerous articles in major news outlets.