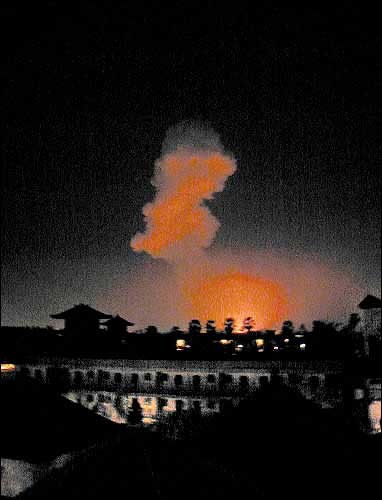 Watch the first video on www.project.nsearch.com to open a Doorway to God!   If you can click a mouse you can make money 24 hours per day with TrafficMonsoon!  Join my money making team here and email me at glenn@crankmoney.com or text me at (727) 412-5559 and say "I want to make money!" and I'll share with you the best programs making our team money! Thank you for sharing all my articles on social networks!  It's an honor to spread truth with you!   Those who join Project Nsearch get free ebooks on natural cures, free energy and more!  To make extra money from home watch this video.

He speaks up about the evidence of not only an inside job, but the cover-up of the facts about the explosion and the accused. This interview from BBS radio.com with Steve Johnson explores BALI TRUTH into every aspect. Previous senior editor of Jakarta post newspaper reveals Bali bombing fake story in this interview. Interview on BBS radio with Steve Johnson and Robert S Finnegan talking about the truth about the Sari club attack in October 2002. 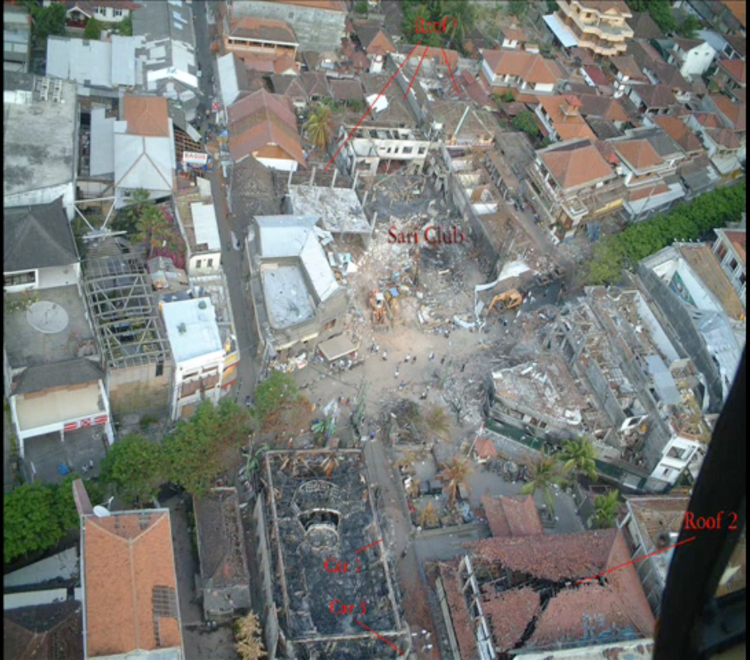 “With the police claiming (off and on) that Amrozi, Mukhlas and Samudra (who allegedly at one point denied involvement in the Bali bombings) were the perpetrators of the blasts, then why do the official investigators not know EXACTLY the type of device used in the main bombing and its precise composition?” http://911truthaustralia.com/wrhbali.html

Amorosi was a motorcycle mechanic in a small village that had a 7th or 8th grade education. How in the world would this guy come into possession with this type of yield from this explosive device? Imam Samudra, Amrozi Nurhasyim and Huda bin Abdul Haq could not of been involved, but were mere patsies. Amorosi’s first court appearance had behaved oddly because he was smiling and waving in the courtroom. He was completely out of character for an Indonesian that murdered his fellow countrymen.

Robert S. Finnegan talked about how they brought in bulldozers a week after the bombings and removed the forensic evidence, which was moved to a nearby harbor and dumped into the sea.

According to Finnegan, he calculated that it would of taken 1.5 million lbs. per square inch to strip concrete from rebar approximately 100ft from the crater of the second blast in front of the Sari Club. His subsequent forensic education regarding explosives told him that this was not a conventional weapon.

“On Monday 18 November, Indonesian Parliamentary Speaker Amien Rais said he questioned the validity of the police conclusion that "Amrozi" was the main perpetrator of the Bali bombings which claimed more than 187 lives. Rais was supported by Deputy House Speaker A.M. Fatwa, who stated, "`My conscience says that he is not a key actor. I don’t believe that Amrozi has the capability to make all kinds of the preparations for the bombings, like setting off a kind of micro nuclear bomb in Bali." http://www.angelfire.com/me4/al_fikr/Bali_Nuked.htm 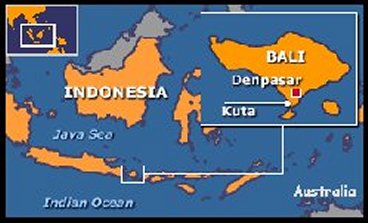 Former George Bush and his administration were recruiting countries to participate in his coalition. He had approached John Howard, who was then the Prime Minister of Australia and requested for him to join. John Howard initially refused. Then two weeks later, we have the Bali Bombing and shortly after that, John Howard joined the coalition.

He and his team discovered evidence of military explosive. He received backlash from the Indonesian National Police, the US Embassy and Ambassador

Ralph Leo "Skip" Boyce where Finnegan asked him point blank was the US involved in anyway in this bombing, his response was, and “You need to get on the team, Finnegan”. https://en.wikipedia.org/wiki/Ralph_L._Boyce

Finnegan’s students are the true heroes. His students held his hand and translated for him. They brought him up to speed to the culture and traditions of Indonesia. How he could and couldn’t make inquiries. They basically ran interference and did interviews and gathered evidence for this investigation. It would never gotten off the ground if it wasn’t for them.

“Damaso Reyes’ penetration of Ngurah Rai Airport, when he managed to get copies of the altered tower and apron logs for the 12th and 13th.  This was the culmination of the case, where we lost them.  We have since spoken with a Qantas medivac flight stewardess who was there that verified the Dash-7 sitting on the apron preparing for takeoff.” 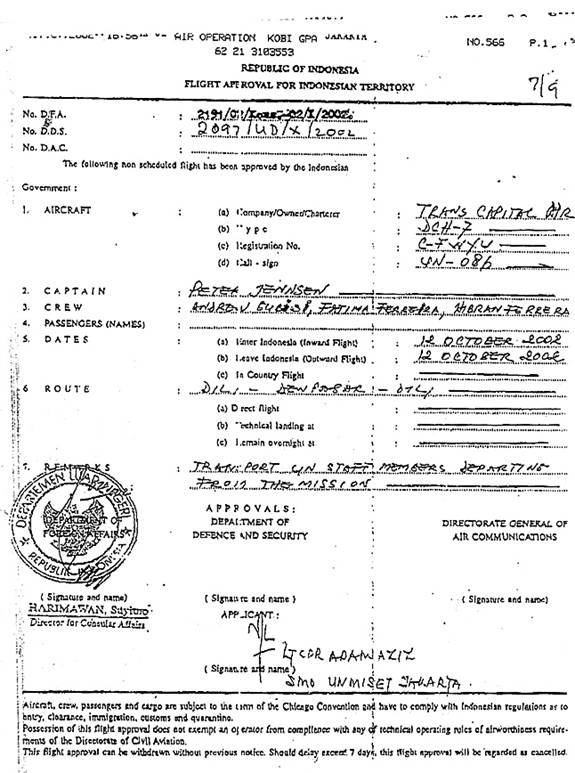 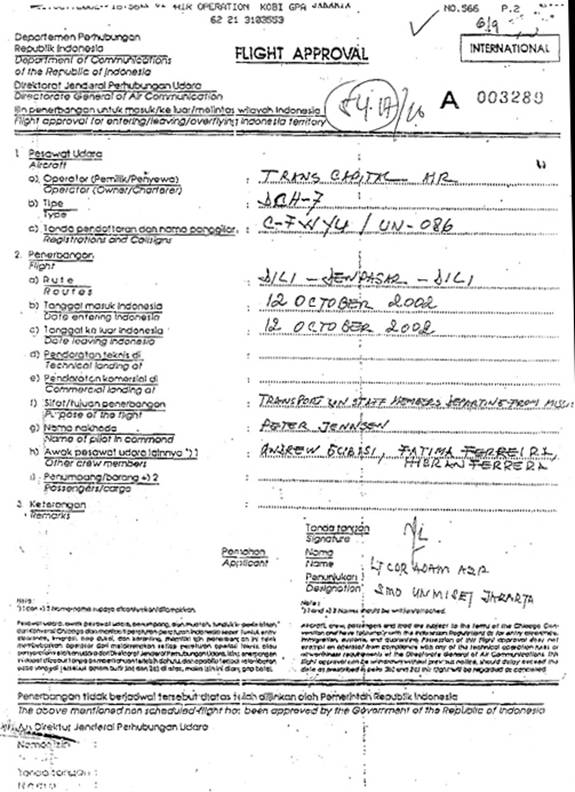 Damaso Reyes had identified three planes because of those logs that had flown out the bodies of U.N. Peace keepers who were observers, where they got caught in the blast. There were 30 UN Peace Keepers on leave that day when that bomb went off.

The people that were in charge of the airport at the time where so infuriated that they fully obliged releasing these records. They had identified one plane that was a Dash-7 out of Queensland, Australia with bogus tail numbers. They had tracked it down to where it landed in Singapore to refuel, but lost it because Singaporean authorities refused to help. 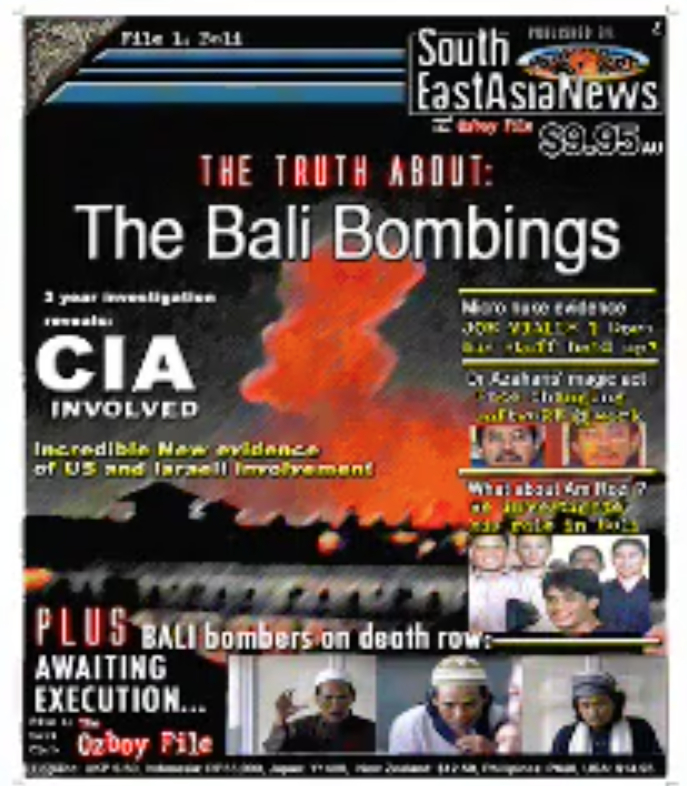 “Another coup for Finnegan was the discovery that a private aircraft, later discovered to have belonged to an Israeli registered company, took off, without clearance, from the local airport, bound for Singapore.  Witnesses said that “at least six men” got onto the plane with a good deal of luggage and boxes.” Finnegan’s team of investigators managed to obtain two flight logs which are reproduced here along with a report by one of his staff.” --

There were expat doctors who were on vacation whom helped with the injured.

There were horrible injuries from burns with over 80% of their bodies. Dr. Fiona Stanley from Western Australia an expert in burn wards and cases said she had never seen anything like this before. 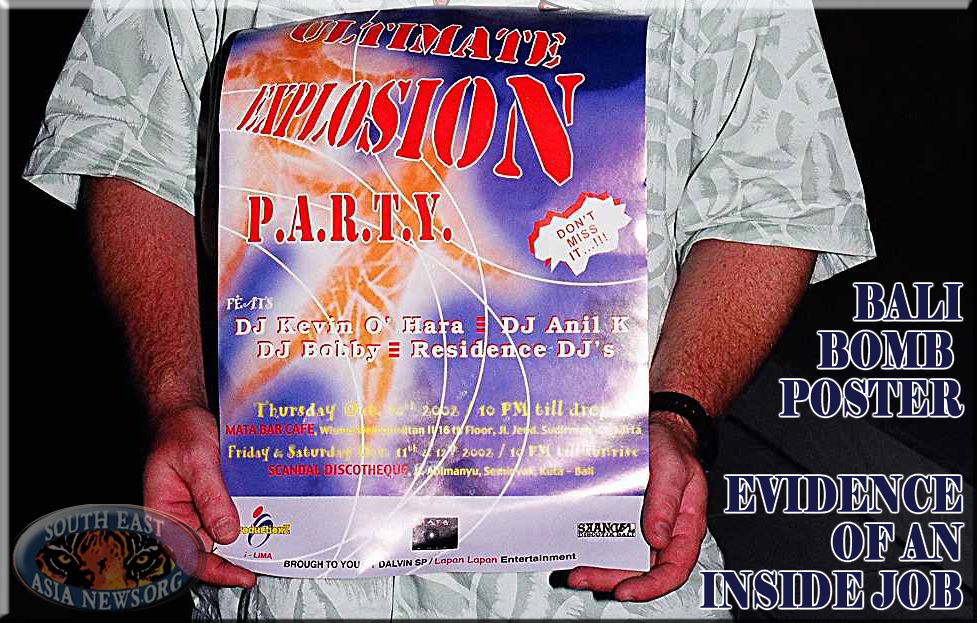 One nurse at the hospital stated that she had never seen burns like this except in the pictures of the burn victims from Hiroshima and Nagasaki. The doctors and nurses had no idea what causes these burns. One man had 3rd degree burns on his face, but yet his eyebrows and hair was intact.

The largest group among those killed were holidayers from Australia with 88 fatalities out of the final official death toll out of 202.

A retired Air Force Colonel from the Indonesian Air force came into a police station crying about a week after the bombings, admitting he was involved in the Bali bombings. Finnegan had made an attempt to locate the Colonel, but had disappeared.

Robert Finnegan had his article published regarding his investigation into the Bali bombing, where the U.S. Ambassador tried to put a stop to the release. There was a shutdown of all broadcasts and prints to shut down his investigation, which later resulted in his dismissal from the Jakarta Post.