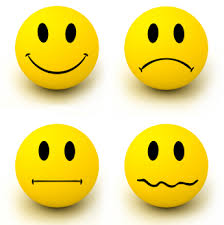 Despite being relatively busy at present, I thought I should come back and blog a little more concerning The Chemical Imbalance Myth that Science has decided is enough to fool the masses into believing there is a surge of mental health diseases out there, (Depression / Anxiety / Bipolar / Unipolar / GAD / SAD / ADHD ) that need immediate drugging to ensure we are all in our best health (whilst costing us billions).

The Chemical Imbalance is an unproven theory - It is not Scientifically possible to actually measure chemicals within the brain (There is no device nor machine that can physically measure brain chemicals, it is merely the marketing plan promotion of science itself that leads us to believe this is possible).

Serotonin and Norepinephrine are the two chemicals that science insists that it can balance within the brain as a means to even mood.

Firstly `mood` is an emotion and therefore not physical,  Mood is not only to affect every human in a depressive manner it also affects us in many other ways

Now if Science can measure sadness and depression, it can of course measure Love, Hate, Frustration, Anger etc......

We know it cannot as it also knows it cannot because none are physical traits.

Love, Hate, Anger etc cannot be seen, cannot be heard, weighed, measured nor bottled yet we all know they exist because we have felt them.

Science enforces an educational system of which demands hard evidence is needed (primarily vision) as a means to existence (Hence why it demands anything spiritual does not exist because of no visual evidence).

But, if our having felt, and only having felt emotion is evidence of their existence, how can science not deny them as `real`?

-  Because the scientist knows full well to argue that no emotion existed would have the entire human race refuse to follow such a ridiculous claim because every human being cannot deny ever having `felt` something on many occasions throughout life .

Instead,Science believes/ hopes that by telling you the names of the chemicals that are within the brain and further more, by telling you they are imbalanced chemicals, will be enough for you to believe emotions are physical enough to be seen but, we know they are not and it takes just a little logic to debunk science at its own game.

.....and secondly, they are indeed `mood` affecting.

It is well to note that when I was under the influence of synthetic  Norepinephrine and Serotonin produce (aka medication) my mood swings were excessive and that the symptomatic adverse reactions upon the black box warnings, actually expose the actuality of all moods being enhanced, from depression to suicide ideation and from euphoria to psychosis, thus evidenting all moods were affected and not just the one mood `sadness` that I was in fact being drugged for and, the one mood science demands it can treat affectively whilst not affecting other moods negatively.

Science cannot measure, see, hear, weigh nor bottle these chemicals within the brain but, it sure can mess them up in the most disturbing of ways - But then it doesnt really care because once on these drugs they have you where they want you - as a customer - and furthermore, they have you without an ability to think for yourself, behave normally, act against them nor be physically and mentally healthy ever again.

My research has been both eye opening and extremely saddening, I have come to realise exactly how much western society, not only believes in medicinal science as a magnificence of miracle healing but, how much it actually relies on it as a basic form essential of everyday life. This, despite the mounting evidence it is actually killing and maiming of the human race.

It is no secret that medicinal errors are one of the highest causes of death (In both The USA and UK) but, again a false and cleverly disguised conclusion is in the description of `Medical error` - This is to express `accidental` and not medication itself in general.

Please note, Eastern Countries do not have such a high death rate of medication deaths - In poorer countries healthcare is too expensive thus, less people die from it (ironic isn`t it)