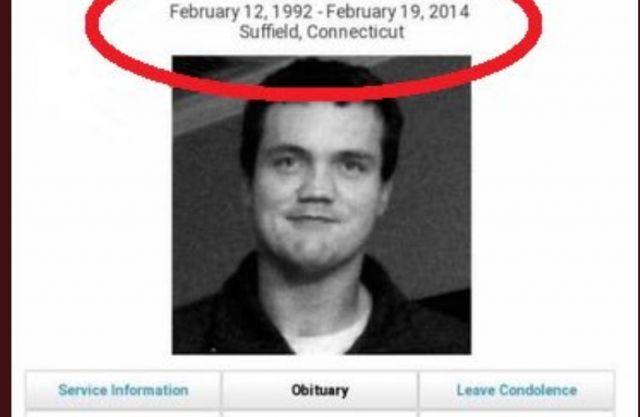 Both these shootings are full of holes and being exposed but of course the fakes like Sean Hannity and Rush Limbaugh will keep telling us it's all exactly how the liars at the fake news are reporting.  Stop supporting ANYBODY who isn't telling you to End the Federal Reserve!  Give them nothing and don't waste one second watching the liars who told you 9/11 was done by men in caves with box cutters.  The fakes like Tucker Carlson tell you Oswald was the lone gunman that killed Kennedy even though 95% of Americans don't believe it and there's pictures showing Oswald standing in the door of the book depository as Kennedy motorcade goes by!  Oh and of course H.W. Bush and son G.W. Bush were both in Dealey Plaza watching it go down!  And some of you still watch the liars of Fox News?  Unbelievable!

Fox News in El Paso went off the script and reported the El Paso Shooting early!  You won't find this clip on the Fake Youtube of course!  I had to upload it to Brighteon run by patriot Mike Adams!  The woman says, "Oh that hasn't happened YET!"

Many witnesses in El Paso says everything we're being told by the Fake News is a LIE just like the Las Vegas shooting.  The FBI is taking control over these events and shutting up the police!

Here's the obituary on the "Dayton Shooter" - only problem is it's from 2014!   And now the deep state just got caught with their pants down and is busy scrubbing all proof but we got them patriots!  We got the evidence before they could delete it all and now their deleting it PROVES it's all real and this shooting stinks!

Send this story viral and tweet it to Trump @potus and @realdonaldtrump and tell him NO NEW GUN CONTROL.  Red Flag laws are just another way of a deep state rat to LIE about you and then take your guns first and Trump should know this!   You don't take guns first unless there is EVIDENCE not some mentally demonRat neighbor that hates you and wants to disarm you.

Our fake news, FBI, DOJ and police are all completely corrupt and Trump is falling for the gun control garbage every time.  Tell him we're tired of the lies.  It's time for Trump to get off his butt and fire Strozk and Wray and fire 5 levels deep in the DOJ and FBI and get patriots in there and prosecute somebody!    Nothing good is happening.  Qanon is a fraud because they told me to "Trust Sessions" who got fired for being a deep state cockroach!

Here's the evidence - somebody got sloppy!   Make them pay for it patriots and tell everybody about this!  Why is the deep state taking down the funeral notices and obituaries if there is nothing here!    LIES!

Same guy, Same Name, Same Sister Name, All evidence being erased as we speak!   It doesn't take Columbo to figure out this is a deep state operation and they just got caught! Anomaly? Dayton Shooter Connor D. Betts Seems to have DIED in Connecticut in 2014

An "anomaly" has arisen with the mas shooting in Dayton, Ohio.   The identified shooter Connor Betts, seems to have DIED in Connecticut in 2014.

Here is an Obituary from Nicholson & Carmon Funeral Home in Connecticut, from the year 2014 with the deceased of the same name:

Now, it is not uncommon for more than one person to have the same name.  But in THIS case, the dead Connor Betts also had a sister named . . .  Megan.  Just like the sister reportedly KILLED in the Dayton shooting!

To some, this seems to be too strange a coincidence.  Or is it?

Here's a DIRECT LINK to the Obituary

The link to this obituary was scrubbed by deep state rats!  Get this story everywhere and force Alex Jones to report on it also if he will even do the right thing by emailing him at showtips@infowars.com also

The tributes.com site has been scrubbed of the obituary as well. It was at:

DuckDuckGo.com still shows parts of the text of the 2014 obituary:

According to this link (https://www.crimeonline.com/2019/08/04/breaking-dayton-gunman-conno... he killed is sister in the shooting.

The obituary is scrubbed. But it is on the wayback machine and I saved it just in case. There is also a youtube tribute to him, with family photos. One of the family photos in it has a woman who looks a lot like the "Megan Betts" who was just shot. Here is a screenshot and a comparison of the one in the news.

No one debunking this thinks the debunk is legit, they are BUSTED. Busted because:

A name coincidence, however unlikely, cannot change the fact that his sister in the obituary had the same name also, PLUS the photo is a PERFECT MATCH. How do you explain that? ANSWER: Call it all a coincidence and hope to God people buy it, without looking over what is here, AND THEN QUOTE SNOPES. My God, Snope is not a resource, it is a satire site fronting legitimacy.

The original story line for this whole charade, as it was (supposed to) play out, has been put together and is now posted below, in the main article window (scroll way down)

Patriots confirm obituaries and funeral home announcements being purged from web!  If this was just a "coincidence of identical names, identical pictures and identical sister names as the lying sack of garbage Snopes has said then WHY would they be taking down the obituaries and funeral home notices!  This is BUSTED!  Spread it far and wide patriots and keep digging on this story!   Trolls going nuts trying to debunk online but they are busted!  Here's proof the deep state scum is deleting the evidence and is not being stopped by the crooked police, FBI and Trump once again letting Peter Strozk and rat Christopher Wray run interference for the deep state!  Very disappointed in Trump saying he will let neighbors snitch on neighbors and then get their guns taken without due process!  This is Tyranny!  I'm ashamed my President falls for every shooting and things he has to give something to these demons!

I successfully viewed Connor D Betts’ obituary from Connecticut last night around 8:00. A minute later it was as taken off the internet.

That would only have happened if iit needed to be hidden, and put down the memory hole. If anyone takes Snopes seriously anymore (trying to say this was “just a name similarity” needs to go back to school please.

The Dayton operation was yet another staged event.

Get free ebook, "Suppressed Health Secrets" and get natural cures THEY don't want you to know!

You'll learn about the incredible APeX and nature's most important supplement - Supreme Fulvic and much more!  See how APeX kept the inventor from getting sick for 16 years and counting!  See interview below.  This will never be on the fake news!