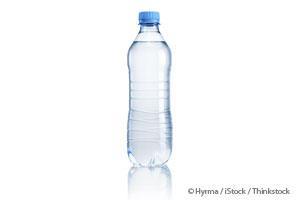 Some Illinois dentists are reportedly worried that their patients' decision to drink bottled water in lieu of fluoridated tap water means they're not getting enough of this verified poison on a daily basis.

The report, which was published by WGEM News out of Quincy, Illinois, includes so many misnomers and widely propagated fluoridation myths that it would be laughable… except that it's entirely serious – and probably going to spur some people to unnecessarily think they "need" to get fluoride from their tap.

So let me set the record straight. Your body doesn't need fluoride anymore than it needs rat poison (and did you know that rat poison is another common use for fluoride?).

It's often stated as fact that fluoridated drinking water prevents cavities. In the featured article, an area dentist stated that if you don't get enough fluoride when you're young, your teeth will be more prone to cavities for the rest of your life.

Fluoride advocates, too, often claim that the reduction in tooth decay that's occurred since the 1950s is a benefit of fluoridated water, but the facts just don't add up.

For example, in 1999 the US Centers for Disease Control and Prevention (CDC) claimed that dental caries declined precipitously during the second half of the 20th Century. But what they failed to mention is that tooth decay rates "precipitously declined" in ALL Western nations, regardless of whether or not fluoridation was used – and most of those countries did NOT fluoridate!1

According to World Health Organization (WHO) data, the US, which fluoridates about two-thirds of public water supplies, actually has higher rates of tooth decay than many countries that do not fluoridate their water, including Denmark, the Netherlands, Belgium, and Sweden.2

Furthermore, if fluoride were effective in preventing caries, you would expect to see an increase in tooth decay when fluoridation is stopped. Yet, this is not what we see! The following demographic studies and fluoridation trends make it clear that fluoridation has very little to do with whether or not you develop cavities.

A Lack of Fluoride Is Not a Cause of Cavities

If you've been drinking non-fluoridated water, you needn't fear that you've ruined your teeth. Dental caries are caused by demineralization of your teeth (enamel and dentin) by the acids formed during the bacterial fermentation of dietary sugars.

By far, excess dietary sugar is the most significant factor in driving dental decay. WHO and most dental experts agree upon this fact.9 The massive consumption of sugar in the Western diet, particularly fructose in high fructose corn syrup, fuels the fire of tooth decay.

Fluoride Is Most Important for Children? You Mean Most Harmful

The featured article states that getting adequate fluoride in drinking water is most important for children between the ages of six and 14. But the science clearly demonstrates that fluoride is a toxic chemical that accumulates in your tissues over time, wreaks havoc with enzymes, and produces a number of serious adverse health effects, including neurological and endocrine dysfunction.

Children are particularly at risk for adverse effects of overexposure. Scientists from the US Environmental Protection Agency's (EPA) National Health and Environmental Effects Research Laboratory have classified fluoride as a "chemical having substantial evidence of developmental neurotoxicity," and 25 studies have now reported an association between fluoride exposure and reduced IQ in children.

Young children are those who need to be protected from fluoride the most, and as for the featured article's assertion that fluoride is "most important to develop stronger teeth," this, too, is highly questionable. It's often said that fluoride helps to re-mineralize your teeth and make them stronger. But a groundbreaking study published in the journal Langmuir uncovered that the fluorapatite layer formed on your teeth from fluoride is a mere six nanometers thick.10

To understand just how thin this is, you'd need 10,000 of these layers to get the width of a strand of your hair!  Scientists now question whether this ultra-thin layer can actually protect your enamel and provide any discernible benefit, considering the fact that it is quickly eliminated by simple chewing. They wrote: "…it has to be asked whether such narrow… layers really can act as protective layers for the enamel."

Health Risks from Fluoride Are Not Reserved for 'Extreme Levels'

According to the Quincy dentist quoted in the featured article:11 "There is a lot of information on the internet saying that it [fluoride] can cause various diseases and breaking the bones, but that is at such an extreme level of fluoride that we just don't see that within our community or within our patients."  Really?

Some of the 25 studies linking fluoride with diminished IQ were at exposure levels as low as 0.3 to 3 parts per million (ppm), which overlaps the range in many US communities (0.7 to 1.2 ppm). And, according to the CDC, 41 percent of American adolescents now have dental fluorosis — unattractive discoloration and mottling of the teeth that indicate overexposure to fluoride. According to Dr. David Kennedy, who produced and directed the documentary film Fluoridegate — An American Tragedy:

"One of California's highest paid and most prolific Fluoridation advocate admits that giving an infant a formula made with fluoridated tap water will overdose the baby and cause the teeth to come in spotted and fluorotic. One can only wonder why such insanity persists in our country when it has been banned in so many other more advanced democracies."

To suggest that there are no health risks from drinking fluoridated water at the levels found in many US communities is misleading, at best. It's important to understand that even at levels deemed "safe" by health officials, fluoride may still pose a significant risk to your health. The fluoride added to municipal water supplies is a toxic byproduct from the fertilizer industry—a rarely discussed fact that effectively nullifies most if not all studies pertaining to fluoride. They simply have not studied the exact same type of fluoride being added to our water. What we do know is that fluoride toxicity is associated with the wide-ranging problems listed below.

Did You Know Many US Communities Are Banning Water Fluoridation?

Water fluoridation is quickly falling out of favor now that increasing numbers of people recognize the facts:

Despite the scientific evidence against the practice, the US lags far behind other nations in acknowledging the mistake and ending this tragic "public health" measure. As a result, individual communities around the US have taken up the fight to end water fluoridation in their own local areas. For instance, in Wichita, Kansas, they won 60 percent of the votes in the referendum, despite being considerably outspent by the fluoride proponents. The states of Connecticut, South Carolina, and Minnesota are also looking at lifting mandatory fluoridation rulings.

The most recent was Hamilton, which is the second largest city in New Zealand. Also worthy of note is the news that the Ministry of Health in Israel announced it will lift the mandatory requirement for fluoridation in 2014. Not only that, but the Supreme Court of Israel also ruled that the new regulations will put an end to all fluoridation, whether mandatory or voluntary.

Water fluoridation is ineffective and may offer no benefit at all for your teeth, not to mention placing your overall health in jeopardy. There's no reason to risk it. Here are my basic guidelines for optimizing your dental health, safely and naturally:

There's no doubt about it: you should NOT swallow fluoride. At least when it comes to topical application, you have a choice. You can easily buy fluoride-free toothpaste and mouthwash. But you're stuck with whatever your community puts in your water, and it's very difficult to filter out of your water once it's added. Many do not have the resources or the knowledge to do so.

The only real solution is to stop the archaic practice of water fluoridation in the first place. Fortunately, the Fluoride Action Network has a game plan to END water fluoridation, both in the United States and Canada. Clean, pure water is a prerequisite to optimal health. Industrial chemicals, drugs and other toxic additives really have no place in our water supplies. So, please, support the anti-fluoride movement by making a donation to the Fluoride Action Network today.