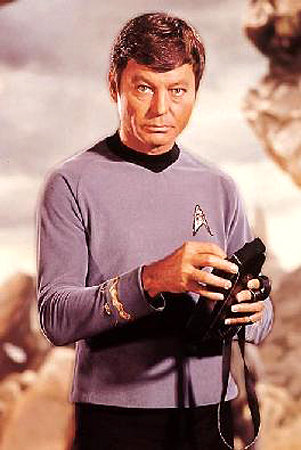 This incredible technology will be available this year!  The company is relocated manufacturing to Germany and is expected to be in production by April 2014.  All members of Project Nsearch will be notified as soon as products can be ordered.  Please make sure you JOIN this site so I can reach you about this as well as free energy, natural cures and other important information!

This groundbreaking medical technology is making many people a lot of money in Russia. Why? Because it destroys the pharmaceutical paradigm and the doctors that practice it, using electromagnetic vibration to diagnose and cure without side effects yet with pinpoint precision. Deta Elis Electromagnetic Bioresonance Therapy Devices will be sweeping the globe just like cell phones and computers.

Who has endorsed this technology? President Putin of Russia uses it and the Department of Health in Russia has approved it for wide use across their nation, which amounts to three hundred million people. The Russian space program uses this technology because it enables convenient and non-invasive monitoring and enhancing of the health of their cosmonauts. Medicine just became more affordable, more accurate, and infinitely safer with Delta Elis technology.

The first stop in this revolution is Hepatitis B and C as well as herpes. Russian doctors are claiming aninety percent cure rate for these incurable infections. Everyone is familiar with the fact that you can shatter a glass with sound.

One of the Deta Elis machines, called the “Deta AP” will shatter viruses, bacteria and fungi, coming to us just as antibiotics become more of a terror than a help. This phenomenon where we can kill microbes with frequencies is called BIORESONANCE, and this is the principle that these Deta Elis devices use to cure. 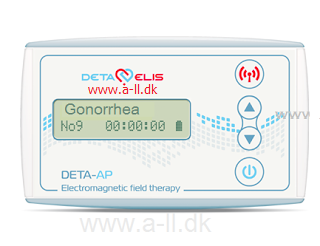 Those who know of preceding technology like Hulda Clark’s Zapper will soon be able to afford Deta Elis machines, which will be like cell phones and soon even smaller, that will wipe out every infection imaginable with laser precision. Let us consider it a Zapper on steroids times 1,000 for starters! 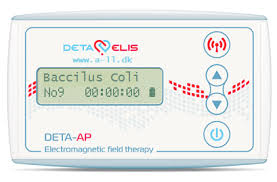 With this “too good to be true” form of medicine (Bioresonance) one can have their diagnosis already in hand from a western practitioner and use one of the treatment machines that one can buy as a consumer/patient. Very soon even similar models will be available like MP3 players and one will be able to download, like on an IPad, applications that will address specific medical problems. So if you are travelling, for example, and come down with gastroenteritis, you can download on your personal computer the AP for gastroenteritis and run it until you get better. The application program will contain all the frequencies for eradicating the bacteria responsible for gastroenteritis. This is 21st century medicine at its best!

Just as Bioresonance can be used to balance a part of the body it can also be used to destroy parasites and bacteria. By far better than explaining, it is to watch a 33-second video and see it in action.

Can you see the power of this? Once diagnosed with a particular parasite or virus it can be targeted with a particular frequency that will cause no harm to anything else but kill the parasite/virus. The video above shows parasites exploding but for a very clear demonstration on glass in slow motion watch the following:

In the future, after practitioners are trained, Deta Elis diagnostic machines will reveal the exact parasite, virus, bacteria or fungus present and then the treatment device is programmed to destroy, and destroy it does. Though most of this is preprogrammed into the device diagnostics takes wings to a new level that pins down a patient’s overall chronic problems, translates that into a frequency, and then an exact positive outburst from the device will, over several hours, shower the wearer with the perfect healing frequency.

First we destroy everything that does not belong inside of us with one Deta Elis device and then we set upon the task of rebuilding our organs and numerous biological systems with another called the Deta RITM device, which helps to heal and rejuvenate organ pathologies and physiological systems such as the immune system, circulatory system, hormonal system and the like. 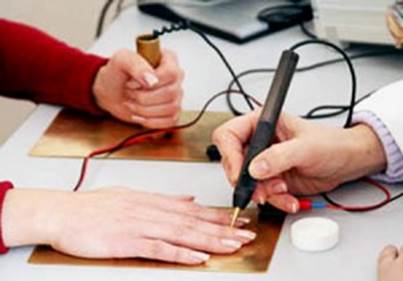 Infectious control in the 21st century certainly is not going to be anything like that of the 20th century. The age of antibiotics is about over as great harm has been done to the world’s populations with them. We have come close to compromising our biological existence with the reckless use of antibiotics.

Now we have antibiotic-resistant strains of pathogens encroaching on our biospheres and it is getting increasingly dangerous to set foot anywhere near a hospital. Many people, including children, who die in the hospital after surgery die not from the surgery itself but from infections that get out of control. Infections cause 68 percent of childrens’ deaths. Not with Deta Elis devices in your pocket as there is no chance of creating anti-biotic resistant bugs or catching these from a hospital.

Every organ of the body has its own special frequency. The Lung resonates at 72 cycles per second, also known as Hertz. If the lung becomes infected its frequency will fall out of balance usually dropping a few Hertz. It has been discovered that by producing the same frequency as a healthy lung with a frequency generator we can rebalance the lung and induce healing. This process is called Bioresonance and can be used on all parts of the body. 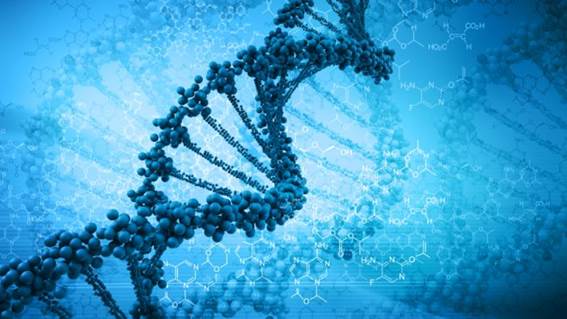 There have been many researchers that have worked on energy medicine and Bioresonance this past century such as Dr. Rife, Dr. Voll, Dr. Schimmel, Dr. Morell and others. Some of the machines developed through the years run as high as 40,000 dollars.

The Russians have outdone everyone bringing this technology into medical and healthcare practices as well as into every home. Over the last 17 years, the Russian scientists, spearheaded by Dr. Konoblov, a medical doctor and Ph.D. physicist, have  developed small, portable devices that are innovative cutting-edge at only a fraction of the cost of previous generation machines.

Using pharmaceutical poisons just got that much more insane! Remember when cell phones came out or the personal computer? In five years, we will see everyone walking around not just with his or her cell phone but also with a safe therapeutic device that will put health empowerment back into the peoples’ hands.

The Russians conducted extensive studies on over 25,000 people and established an accurate system of analyzing and reinforcing energetic health of the organs, and their connection to specific areas on the skin (dermal-visceral zones).
As a result of these devices’ action, a weakened organ receives energy needed for normal functioning, which is redistributed on a wide scale, restoring their workability. Thousands of people have been able to cut down on their dosages of medicines, and in some cases have entirely stopped taking them and have regained excellent health.

Gentle safe medicine just became a reality so doctors can now go back to the Hippocratic Oath that says: “First do no harm” when treating people. These gentle devices achieve exactly this – they can heal without being invasive and without causing harmful side-effects. The devices can be used with children and pets, and can therefore act as your “family doctor”

One of the most extraordinary claims coming out of Russia answers a long-standing problem in energy medicine and that is the problem of measuring results. They are claiming that the results can be confirmed by all well-known diagnostic methods. To date Deta Elis has developed more than 3,000 treatment programs, with an overall positive effect in many health problems in excess of 85%.

To my devoted readers and patients

This is my first communication to the western world about this rising technology. In January of 2014 these devices will also be manufactured in Germany making them much more accessible. The Russian business plan is a traditional multi-level-marketing model with Dr. George Georgiou Ph.D.,N.D.,DSc (AM), an expert in energy medicine and holistic medicine, at the very top in the English-speaking world selected to train doctors and practitioners in bioresonance testing and treatments.

This is perfect for those who want to make a business opportunity with this technology and is a good setup for practitioners who will be using the diagnostic machines and selling the treatment devices to patients. For a small taste of that, see this video of Deta Elis at their big celebration and award party. It is exciting and it is Russian.

No doubt when I publish this document there will be a rush to obtain this new technology. My patients from around the world will be given priority and then of course my readers, who will come under my banner with Deta Elis. Practitioners of every stripe are invited as well as patients who want to learn to use the Bioresonance approach on their own.

Treatment devices like the Deta AP and the Deta RITM are approximately 500 euros ($675 USD) each but even less expensive units will come next year with simpler design in a mini version with the ability to download your own frequencies for a wide range of ailments. Diagnostic machines start at 2,500 euros ($3400USD) and their most sophisticated combined diagnostic and treatment device the Deta Professional goes as low as 8,000 euro ($11,000 USD) – about one fifth of the price of similar units. You can see all of these devices at www.deta-elis-uk.com

Compare that to the cost of most medical equipment and drugs as well as therapies and one can see that the onetime startup cost for the consumer or practitioner is more than reasonable. Obama care, on the other hand, will undoubtedly fail as it should because it promotes the wrong type of medicine at obscene prices.

There are still newer NLS devices available for less: ISHA