End Cancer with the Budwig Protocol 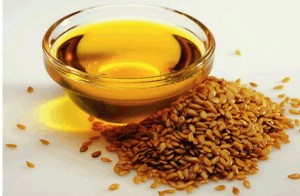 (Health Secrets) Do you think effective cancer treatment is yet to be discovered? That’s what the pharmaceutical industry and the pink ribbon folks would like you to think. But this is far from the truth.  One of the least known but well-documented healing protocols for cancer was created by a German biochemist and physicist named Johanna Budwig in the 1950′s. It is simply known as The Budwig Protocol.

Dr. Budwig was a leading authority on fats, oils and nutrition. She believed that cancer, as well as the vast majority of illnesses, was primarily caused by the improper processing of foods and oils, particularly the overheating or boiling of oils. Her patients were those so terminally ill that traditional medical practitioners had given up on them, with many having been given only days or hours to live. She treated these patients with a simple diet based on a combination of flaxseed oil and sulphurated protein in the form of quark, a German dairy cheese that resembles cottage cheese.

While studying the blood samples of cancer patients and healthy persons, Dr. Budwig concluded that those with cancer had gross deficiencies of lipoproteins and phosphatides, while those without cancer did not. This deficiency resulted in a reduced oxygen level in the cells. Her task was then to create a method by which cells could be re-oxygenated and returned to health.

Noting that saturated fats lacked the necessary pi-electron shells necessary to provide the high energy levels needed to effect oxygen transport, she discovered that unsaturated fats were the key. Flaxseed oil provides linoleic and linolenic fatty acids, both rich in high energy producing pi-electrons. These fatty acids render the body able to assimilate and transfer immense amounts of oxygen into the cells, allowing for oxidation and detoxification of cellular waste. They also enable the restoration of the lipid membrane of cells so essential to intra and extra cellular balances.

Human cells resonate to the sun

Another significant aspect of Dr. Budwig’s work was her acknowledgement of the connection between the human body and the sun. She demonstrated that when the body is nourished with health-giving oils and proteins, the pi-electrons serve as a resonance system for the sun’s energy.

As you can see, the Budwig Protocol is not really a special cancer treatment  in and of itself. It simply helps correct an omega 3 deficiency that, when corrected, allows the body to heal itself. The benefits of her protocol are not confined to those battling cancer, but extend to the healing of those with liver dysfunction, diabetes, arthritis, heart disease, stomach ulcers, eczema, immune deficiencies, MS, IBS and other diseases. Its value as a preventative cannot be overstated.

There are thousands of documented cases of recovery from cancer with the Budwig Protocol. For her research and practice, Dr. Budwig was nominated for six Nobel Prizes. She was also subjected to endless vilification and harassment by the orthodox medical establishment, and the German pharmaceutical industry. Publication of her clinical studies and research papers was refused. However, her books are now widely available and can be purchased from Amazon and other book sellers. Taking her own advice, Johanna Budwig lived to be a cognizent 95 years old.

Ironically, in 2001 Duke University began a pilot study to see the effects of  flaxseed oil on cancer, using language strangely  similar to that used by Johanna Budwig.

The Budwig Protocol (sometimes referred to as the Budwig Diet) consists of a flaxseed spread and a “mayonnaise” made from flaxseed oil and either quark, low fat cottage cheese or yogurt with perhaps the addition of honey, fruit, garlic, cayenne, herbs, fresh squeezed fruit juice, ground flaxseeds, or a little water. One of these mixtures is taken 2 or 3 times daily. Meals consist of nutritionally dense whole foods.

Sugar is forbidden on the protocol because it is acid producing.  Cells  take up glucose (sugar) and give off lactic acid which creates an acidic environment in the body. Cancer needs an acidic environment to flourish and cannot survive in an alkaline environment. Also forbidden are animal fats, all salad oils including commercial mayonnaise, meats containing chemicals and hormones, margarine, and anything containing preservative (preservative blocks the metabolism of flaxseed oil). Sweetening may be accomplished through the use of fruit juice or honey. Warm tea made of peppermint or rose hips is recommended. Black tea may be taken at the rate of one cup per day.

The specifics of the complete Budwig protocol may be easily researched online. For people wishing to fit the Budwig Protocol into today’s lifestyle, particularly as a preventative, it may be easily done by blending ¼ to ½ cup of low fat organic cottage cheese with 2 to 3 tablespoons of high quality flaxseed oil. Stir this mixture quickly until the oil and cheese are completely bonded and no pools of oil can be seen. Blending is accomplished when you can hold a spoonful upside down for a few moments and the mixture does not fall out. Eat it once or twice a day.

Although this mixture may sound unappetizing, it is really easy to get used to. In fact, the addition of cumin or dill weed with cayenne pepper makes it a delicious and invigorating breakfast.