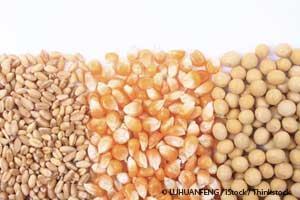 In what could easily be classified as one of the US Environmental Protection Agency's (EPA) worst decisions yet, a final rule released by the EPA earlier this month creates an exemption for residue tolerance levels of genetically modified (GM) Bt toxin in GM soy foods and feed.1

Essentially, the Agency has approved unlimited residues of GM Bt toxin in your food! Generally, one of the EPA's regular responsibilities is to set a tolerance, or maximum residue limit, for pesticide residues on food, which are designed to protect you from harmful levels of pesticides.

By exempting Bt toxin residues from this, it "eliminates the need to establish a maximum permissible level for residues" of this pesticide when it's incorporated into the plant. In other words, pesticide companies like Monsanto can incorporate as much as they want into your food… and that's all right with the EPA.

How Can the EPA Claim Bt Residues Are Safe?

According to the EPA, they are "reasonably certain" that no harm will result from Americans consuming copious amounts of Bt-tainted foods (while this final rule relates to soy, similar exemptions for corn, cotton, and other foods have already been approved). The Agency stated:2

"…there is a reasonable certainty that no harm will result from aggregate exposure to the pesticide chemical residue, including all anticipated dietary exposures and all other exposures [including drinking water] for which there is reliable information."

However, the EPA's assurances do little to quell the fact that in 2011, doctors at Sherbrooke University Hospital in Quebec found Bt-toxin in the blood of:3

The study authors speculated that the Bt toxin was likely consumed in the normal diet of the Canadian middle class—which makes sense when you consider that GM corn is present in the vast majority of all processed foods and drinks in the form of high fructose corn syrup, corn oil, and other corn products.

They also suggested that the toxin may have come from eating meat from animals fed Bt corn, which most livestock raised in concentrated animal feeding operations (CAFOs) are.

These shocking results also raise the frightening possibility that eating Bt corn might actually turn your intestinal flora into a sort of "living pesticide factory," essentially manufacturing Bt toxin from within your digestive system on a continuing basis through the transference of the Bt-producing gene to your gut bacteria.

What makes this all the more relevant is that Monsanto and the EPA swore that the Bt toxin produced inside the plant would be completely destroyed in the human digestive system and would not have any impact at all on consumers. Turns out they were wrong…

The EPA Is Ignoring Another Crucial Fact: The Bt Toxin Is INSIDE the Plant

There is a major problem with the EPA's assertion that Bt crops are safe, and that is their decision to regard Bt toxin sprayed on plants as the same as plants genetically modified to produce Bt toxin from within. The two are not the same, nor are they equally safe, as the EPA would have you believe. As the EPA puts it:

"Bacillus thuringiensis, or simply Bt, is a naturally occurring soil bacterium that, when sprayed on plants, is toxic to certain pest insects. For years, farmers and home gardeners have used Bt as a microbial spray pesticide to control caterpillars, certain types of beetles, as well as mosquitoes and black flies."

Bt toxin has, in fact, been used in organic agriculture for decades as a natural pesticide. But this is very different from the way Bt toxin is being used in GM crops like corn and soy. As the EPA explains:

"More recently, scientists have developed techniques by which traits from the Bt bacterium, including its ability to resist pests, can be introduced into a plant. Specifically, scientists have identified the gene that produces the toxin in Bt and, through the use of biotechnology, have incorporated it into the genetic material of several plants. These Bt plants, which include corn, cotton, and potatoes, now synthesize their own bacterial protein to kill pests."

Because farmers have used Bt toxin from soil bacteria as a natural pesticide for many years, biotech companies (and now the EPA) have claimed that Bt toxin has a "history of safe use in agriculture."

But there's a major difference between spraying it on plants, where it biodegrades in sunlight and can be carefully washed off, and genetically altering the plant to produce it internally. As reported by Colorado State University:4

"Bt is susceptible to degradation by sunlight. Most formulations persist on foliage less than a week following application. Some of the newer strains developed for leaf beetle control become ineffective in about 24 hours."

In other words, when Bt is applied to plants topically, it degrades quickly in the sunlight – typically after one week it is broken down (and sometimes as soon as 24 hours). GM Bt crops, however, have the Bt-toxin gene built-in, so the toxin is not broken down and cannot be washed off. You simply cannot avoid consuming it.

This is concerning, because even when natural Bt toxin was fed to mice, they had tissue damage, immune responses as powerful as those to cholera toxin and even started reacting to other foods that were formerly harmless. According to Jeffrey Smith, executive director of the Institute for Responsible Technology:

But the EPA ignored the warnings. They also overlooked studies showing that about 500 people in Washington state and Vancouver showed allergic and flu-like symptoms when they were exposed to the spray when it was used to kill gypsy moths."

Furthermore, the plant-produced version of the poison is thousands of times more concentrated than the spray. So if Bt genes are indeed capable of transferring horizontally to the bacteria colonizing the human digestive tract, scientists believe it could reasonably result in:

There's already plenty of evidence showing that the Bt toxin produced in GM corn (and soy and cotton plants) is toxic to humans and mammals and triggers immune system responses. For example, in government-sponsored research in Italy, mice fed Monsanto's Bt corn showed a wide range of immune responses, such as:5

Rats fed another of Monsanto's Bt corn varieties called MON 863, also experienced an activation of their immune systems, showing higher numbers of basophils, lymphocytes, and white blood cells.6 These can indicate possible allergies, infections, toxins, and various disease states including cancer. There were also signs of liver and kidney toxicity. Aside from the potential human health risks, the EPA is apparently also ignoring those to the environment. Reduced insecticide use has been touted as one of the significant benefits of GM crops like Bt corn. But they do not include the Bt toxin produced in every cell of GM Bt crops as part of the total human pesticide exposure (and now there will not even be any type of required upper limit).

This is arguably criminal misrepresentation! These unnaturally modified GM crops have led to resistance, both in weeds and pests, leaving farmers to struggle with an increasingly difficult situation. Now, instead of the reduction in insecticide use that has been promised, the use of insecticides is on the rise as farmers try to find some solution for these resistant pests.

A scientific advisory panel to the EPA actually urged that large refuges of non-Bt corn be required in order to help prevent resistance. They suggested that only half of a farmer's corn acres be planted with Bt corn. The EPA, as they often do, wentagainst the advisory panel's advice and instead sided with Monsanto. They allowed Bt corn to be planted on 80 percent of their corn acreage, and, in 2011, the first report of field-evolved resistance to Bt toxin by the western corn rootworm was published,7with resistance only set to worsen in the years ahead.

EPA Also Approved an Increase in Food Residues of Glyphosate

If there were any doubt whose side the EPA is on, last year they also raised the allowed residue limits of glyphosate in food and feed crops. Glyphosate — the active ingredient in Monsanto's broad-spectrum herbicide Roundup – has also been linked to human and environmental harms.

According to one study, glyphosate residues, found in most commonly consumed foods in the Western diet courtesy of GM sugar, corn, soy, and wheat, "enhance the damaging effects of other food-borne chemical residues and toxins in the environment to disrupt normal body functions and induce disease."8

Despite the evidence – and the growing incidence of glyphosate-resistant weeds and pests -- the EPA concluded that "there is a reasonable certainly that no harm will result to the general population or to infants and children from aggregate exposure to glyphosate residues." Sound familiar? It's virtually the same false reassurance they issued this month upon allowing unlimited amounts of Monsanto's GM Bt toxin in your food supply.

A ballot measure to prohibit GM crops in Jackson County, Oregon has been introduced by organic farmers, who are afraid that GM sugar beets will taint their organic crops through cross-pollination. Jackson County is a major source of GM sugar beet seeds, which are used to produce a significant portion of commercial sugar beet seed used across the United States.

The measure will appear before Jackson County voters on the May primary ballot – so if you live in this area, please get out to vote. In the meantime, the sugar industry and other agribusiness giants have come out in droves to try to defeat the measure. Already, the opposition has donated tens of thousands of dollars to mount an pro-GMO campaign, including:9

To date, the organic farmers supporting the GM ban have not reported any raised money to defeat this corporate opposition – so we want to help them get started.

Today, we are trying to raise $15,000 through sales to donate to the campaign against GM crops in Jackson County. If you've been meaning to make a purchase, today is the day to do so to help this important campaign. If GM crops are banned in Jackson County, it could be a turning point for the US, with other regions soon following suit. You may also make a donation directly to theVote YES on Measure 15-119 here.