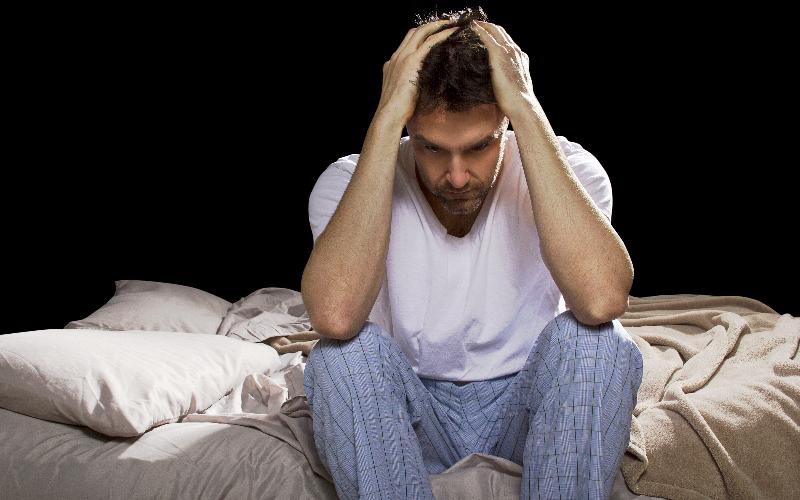 “The enemy of the moment always represented absolute evil, and it followed that any past or future agreement with him was impossible.” — George Orwell, “1984”

President Franklin D. Roosevelt said in his first inaugural address on March 4, 1933: “The only thing we have to fear is fear itself.” Eighty-two years later, Big Brother has become the entity that we should fear most. It is the biggest merchant of fear-peddling that has ever existed. In true Orwellian fashion it slops out the next greatest threat to our freedom, lives and liberty.

It is one giant loop peddled by the propagandists in the print media and the 24-hour cable news networks that have left us an addicted American audience that seems to never get enough. Ebola, North Korea, Iran, ISIS and domestic terrorism are reiterated over and over again as threats to our way of life.

It’s so hard to pick out one fear that keeps Americans awake at night and Ambien sales sky-high, but my favorite for this month is the absolute truth that the Russians are coming. The shocker of shockers is that Russian President Vladimir Putin (the latest in a long line of Hitlers) is building a military force that may actually be able someday to strike America’s heartland.

Talk about back to the future! The Soviet arsenal of nuclear weapons targeted on the United States in the ’60s, ’70s and ’80s was enormous and lay in ruin after the collapse of the Soviet Union in 1991. Yet we are told to be terrified that Russia may be capable of using a bomber force that could launch an attack that Nikita Khrushchev could have launched 60 years ago. To hear some Republicans and the Pentagon talk of it, we are facing the end of days. But the real Frankenstein’s monster is government itself, which we trust with our lives and our wallets.

As always, the Pentagon insists we must further upgrade America’s military to protect American interests. Conservatives agree, despite the fact defense expenditures have soared since the last legitimate threat, the Soviet Union. Joseph Goebbels could only dream of a military that could be so persuasive in arguing for the absolute need to combat the growing threat from foreign powers.

The Russians are coming!

Adm. William Gortney told the Senate Armed Services Committee on Thursday that Russia is continuing to work on its program to deploy “long-range conventionally armed cruise missiles,” that can be launched from its bomber aircraft, submarines and warships. This is giving the Kremlin “deterrent” options “short of the nuclear threshold,” Gortney said.

“They can range critical infrastructure in Alaska and in Canada that we rely on for a homeland defense mission,” Gortney told senators, explaining the reach of the long-range of the Russian cruise missiles.

What is Putin’s “wunderwaffe” (Hitler’s word for wonder-weapon)? It is the Tupolev Tu-95 four-engine propeller driven bomber first flown in 1952. It is an upgrade from the B-29 bomber America used to attack Japan in World War II. Yet armed with new cruise missiles, it would be possible to strike Alaska and Canada. We are talking about the loss of wilderness in Alaska and great hockey talent in Canada. And in response Russia would be a smoldering heap. The risk reward for Russia’s launching a preemptive bomber attack doesn’t seem very likely. But, then again, if our government tells us we need to be afraid of Moscow, we need to be afraid of Moscow. It is simply not enough that America has state-of-the-art nuclear and conventional weapons. Such details are too insignificant to stop government from scaring the bejesus out of us. And it has done it for so long that it’s turned Americans into fear addicts.

Our government has become so good at selling fear that millions of people will swallow the absolute truth that Russia — with one nuclear aircraft carrier — is a threat, even though the U.S. has 20 nuclear aircraft carriers. They will believe that Russia — with defense spending of $76 billion annually — is a threat to America — with $612 billion in annual defense spending. Big Brother sells fear to the point where our government is the biggest reason for the surge in mental depression and anxiety. Then again, somebody has to pump up the profits of pharmaceutical and defense industries.

And we the people are no better than sheep herded and sheared. It is being done at the hands of our government that always wants greater control over our lives. The end results are higher taxation and even more federal debt, which eventually will bring about the end of the American empire just as has happened to every empire. But not until the last moment will 1 in 100 Americans even realize who the real enemy is.

Decades ago, I had a history professor say that one day, “Napoleon woke up dead.” Americans are going to wake up to such a day in the not too distant future. And the very agent of our demise will be the elected officials we installed in a government in which we put our blind faith.

The quote below is from the 1995 movie “The Usual Suspects.” It is spoken by the main character, Roger “Verbal” Kint, while being interrogated by a detective in the aftermath of a terrible crime:

Who is Keyser Söze? He is supposed to be Turkish. Some say his father was German. Nobody believed he was real. Nobody ever saw him or knew anybody that ever worked directly for him, but to hear Kobayashi tell it, anybody could have worked for Söze. You never knew. That was his power. The greatest trick the Devil ever pulled was convincing the world he didn’t exist.

The detective refuses to believe Söze exists; and only in the closing scene, after the pathetic cripple Verbal has left the police station, does the detective realize Kint is Söze and that he was right in front of him.

I fear Americans will realize too late that the real evil is not a foreign adversary but government.

Yours in good times and bad,