Fish Oil Helped Save Our Son 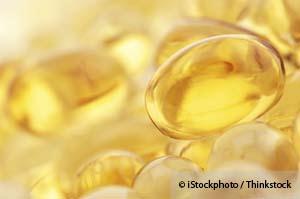 Every year, 1.7 million people suffer from a traumatic brain injury in the United States.

Once the person is stabilized, there is no known treatment to help their brains recover; most physicians, instead, adopt a "wait and see" approach to determine if the person will regain neurological function.

This was the case with 17-year-old Bobby Ghassemi, a former high school football player who was left in a coma after a devastating car accident.

His physicians said he might remain unresponsive, so his parents, desperate for help, contacted their friends and eventually made contact with a physician who suggested an "unorthodox" treatment the family now credits with giving their son his life back: omega-3 fats.

Warning: Hospital Nutrition Can Kill You

This story is a very sad illustration of a profoundly important principle that you and your family need to have a DEEP appreciation of the critical importance of food in helping your body recover from the trauma of the injury that required hospitalization. Unfortunately most all hospitals serve foods that are as bad as or worse than the Standard American Diet.

When you are just living your typical life this is not typically a problem. It will make you more susceptible to developing colds and flus and will certainly increase your risk of virtually every chronic disease.

However when you are in the hospital the use of this poor-quality food can literally mean the difference between life and death. This is partially related to the massive exposure to highly virulent organisms in virtually all hospitals, bacteria that are highly resistant to nearly all antibiotics and very deadly.

So if you or anyone you know or love is admitted to the hospital you are best served by making sure you optimize their nutrition.

You will, of course, need to cooperate with the staff, as there are many procedures that require the patient to be fasting or have some special diet to prepare for a procedure or surgery. But once you work through those issues it is best to eat your own healthy food, not the food that is typically served in most hospitals.

Sixty percent of your brain is made up of fat. DHA (docosahexanoic acid, a type of omega-3 fat) alone makes up about 15 percent to 20 percent of your brain's cerebral cortex. It's found in high levels in your neurons – the cells of your central nervous system, where it provides structural support.

Because your brain is literally built from omega-3 fats, it makes sense that high doses of them following injury might support your brain's natural healing process.

In the case of 17-year-old Bobby, his father convinced doctors to try high-dose omega-3 fat therapy, which was administered through a feeding tube. Two weeks later, the teen emerged from his coma and soon began to recognize family members, colors and numbers. Three months later, he was able to attend his high school graduation, and although he is still recovering, he has made remarkable improvements, which his family and a supporting physician believe are due to the omega-3s.

How Do Omega-3s Support Brain Healing?

There are likely several mechanisms at play. For instance, omega-3 fats:

Studies in animals have been promising, with one, for instance, showing that rats supplemented with the omega-3 fats EPA (eicosapentaenoic acid) and DHA healed more quickly following an acceleration-induced brain injury.4

In humans, there is one other documented case of a remarkable brain injury recovery using omega-3 fats, which was in 2006. Randal McCloy Jr., a coal miner, was the only survivor of the Sago Mine explosion disaster, and he suffered severe brain damage as a result. His neurosurgeon administered high doses of EPA and DHA and believes the combination helped successfully reduce inflammation and repair the brain damage.

Unfortunately, this is still considered an "unorthodox" treatment for traumatic brain injury, and is not routinely ordered as a standard of care, primarily because large-scale human trials have yet to be conducted (and are not likely to be conducted since omega-3 fats are widely available over the counter, and are not easily patentable by pharmaceutical companies).

If a family member suffers from a traumatic brain injury, however, the research suggests high doses of omega-3 fats may be incredibly healing, even life saving, and you may have to be their advocate to have this treatment administered.

A high-quality animal-based omega-3 supplement is something that I recommend for virtually everyone, especially if you're pregnant. Omega-3 fats are considered essential because your body cannot produce them, and must get them from your daily diet. DHA-rich foods include wild fish, liver, and brain—all of which are no longer consumed in great amounts by most Americans.

It's thought that the unsaturated fatty acid composition of normal brain tissue is age-specific, which could imply that the older you get, the greater your need for animal-based omega-3 fat to prevent mental decline and brain degeneration.5

For example, low DHA levels have been linked to memory loss and Alzheimer's disease, and research suggests degenerative conditions can not only be prevented but also potentially reversed. For example, in one study, 485 elderly volunteers suffering from memory deficits saw significant improvement after taking 900 mg of DHA per day for 24 weeks, compared with controls.6

Another study found significant improvement in verbal fluency scores after taking 800 mg of DHA per day for four months compared with placebo.7 Furthermore, memory and rate of learning were significantly improved when DHA was combined with 12 mg of lutein per day.

Why Animal-Based Omega-3s are Essential

Dietary fish and marine oil supplements such as krill oil are a direct source of EPA and DHA. Plants, on the other hand, contain the parent omega-3, alpha-linolenic acid (ALA), which can be converted into EPA and DHA. However, this conversion is ineffective in general, and appears to get progressively more ineffective with age.

The conversion of ALA to EPA and DHA is typically severely impaired by inhibition of delta 6 desaturase, an enzyme necessary for the conversion. Elevated insulin levels impair this enzyme, and over 80 percent of the U.S. population has elevated insulin levels, so chances are high that you'll be part of this significant majority... Therefore, you want to make sure you get the bulk of your omega-3 from animal sources, not plant sources, to make sure you won't develop a deficiency.

In fact, omega-3 deficiency is likely the sixth biggest killer of Americans, and may be a significant underlying factor in up to 96,000 premature deaths each year.

I prefer krill oil compared to all other animal-based omega-3's because while the metabolic effects of krill oil and fish oil are "essentially similar," krill oil is as effective as fish oil despite the fact that it contains less EPA and DHA.8 This is because krill oil is absorbed up to 10-15 times as well as fish oil due to its molecular composition (Its EPA and DHA fatty acid chains are phospholipid bound), and is less prone to oxidation (rancidity) because it is naturally complexed with the potent fat-soluble antioxidant astaxanthin.

Fish oil is in a triglyceride molecule that has to be broken down in your gut to its base fatty acids of DHA and EPA. About 80-85 percent is never absorbed and is eliminated in your intestine (this is why fish oil can cause you to experience burp back and why about half of all people cannot tolerate fish oil). Then once the fatty acids are absorbed into your bloodstream, your liver has to attach it to phoshphatidyl choline for it to be used by your body.

The beauty of krill is that all of it is in the correct form in the original pill, so your body uses virtually 100 percent of it. As a result, most people only need two to three 500-mg capsules of krill oil per day (each capsule typically contains about 50 mg of DHA and 90 mg of EPA) to support optimal brain, and overall, health.