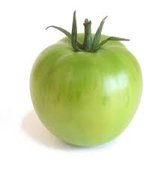 (NaturalHealth365) When you think of the food that athletic people consume to build muscle mass, unripened tomatoes probably aren’t at the top of the list. But, thanks to newly-released research from the University of Iowa, that may be about to change.

How does tomatidine increase muscle size and strength?

According to researchers, tomatidine – a by-product of the body’s digestion of the alpha-tomatine found in tomatoes – is a “small molecule” inhibitor of atrophy, stimulating signaling in a way that causes protein and mitochondria to build up and create muscle growth. These changes in gene expression are the mirror opposite of what takes place in muscle cells during atrophy, giving rise to hopes that this natural compound can protect against – and even treat – the condition.

Also interesting to note is the fact that the mice did not gain weight, although muscle mass increased. Researchers attributed this to a corresponding loss of body fat, and speculated that tomatidine could have potential applications in weight management and treatment of obesity.

Although more study is needed to explore the ways in which tomatidine works on people, this promising research points up one of the many ways in which tomatoes – both ripened and unripened – can benefit your health. Tomatidine can be obtained from both red and green tomatoes, although it is more plentiful in the latter; including fresh, organic tomatoes in your diet may help you avail yourself of their muscle-building effects.

Unlike other fruits and vegetables, tomatoes contain a full complement of nutrients even when not yet ripe. Green tomatoes are rich in the antioxidant vitamins E and C, as well as antioxidant flavonones such as naringenin, also found in oranges and other citrus fruits.

While antioxidants are most commonly credited with reducing the risk of heart disease, their protective effect on bone cells and tissues can’t be overstated.

In a study published in 2011 in the Journal of Nutrition, Health and Aging, tomatoes and other sources of lycopene were removed from the diets of postmenopausal women for 4 weeks, after which researchers measured for levels of antioxidant enzymes and markers of oxidative stress.

What they found – increased signs of oxidative stress in the bones and deleterious changes in bone tissue – led them to conclude that the removal of lycopene-rich foods from the diet raises the risk of osteoporosis in post-menopausal women.

With 14.22 micrograms of vitamin K per cup, green tomatoes may help to increase bone density

Vitamin K, in addition to being essential to proper blood clotting, helps the body utilize calcium to build bone. University of Maryland Medical Center reports that higher levels of vitamin K are associated with greater bone density and reduced risk of fractures, and credits the nutrient with helping to prevent the development of osteoporosis.

The same cup of green tomatoes also offers up 43.20 milligrams of the essential mineral phosphorus, another key player in the growth, maintenance and repair of bones.

Look for fresh, organic green tomatoes, choosing those that are firm and rounded and avoiding any with cracks, cuts or soft spots. It is particularly important to buy organic if you are choosing cherry tomatoes because conventionally-grown cherry tomatoes are one of the top 12 offenders in the fruit and vegetable category for the presence of toxic pesticides.

Although all varieties of tomatoes are virtual storehouses of lycopene and other antioxidants, the ‘New Girl’, ‘Jet Star’, ‘Fantastic’ and ‘First Lady’ cultivars as particularly rich in these beneficial micronutrients.

While green tomatoes are perfectly safe to eat in moderation, you should avoid consuming them in large quantities. Alpha-tomatine, when taken in excessive amounts, can cause flu-like symptoms and gastrointestinal distress.

Tomatoes belong to the nightshade family, along with peppers and tomatoes; some people report worsening of inflammatory conditions after eating them. Naturally, as with any food, an allergic reaction to tomatoes is possible; and sensitivity to potatoes or peppers makes a reaction more likely.

If you aren’t a fan of the taste of green tomatoes, no worries – red, fully ripened tomatoes also contain their share of lycopene and alpha-tomatine. Whether pastel green or ruby red — flavorful, succulent tomatoes offer a bonanza of powerful benefits for muscles and bones. Enjoy them in good health.

Looking for natural health solutions? Sign up now – for our free, weekly show featuring the greatest minds in natural health and science plus a free gift!