This is the earliest picture of the fire that was supposedly started by a guy smoking crack!  At this point the small insignificant fire would have already have already been reported by police on the scene!  Fire stations only 5 minutes away max and they are already rolling to the scene at this point!  This doesn't make sense!  An attorney who specialized in structural failures had supposedly requested all information on the collapse and was gunned down!  There was also a drill going on where one of the scenarios was a structural collapse!   I go over the things that point to a CIA job in this video.

I-85 Collapse was NOT the result of a crack pipe!

Atlanta Highway Collapse Was a Drill!

Witness reported to say she saw a median wall EXPLODE at 7:10 mark

Jim Stone proves interstates are designed to withstand raging fires for MANY hours before they collapse.

A grim new Foreign Intelligence Service (SVR) report circulating in the Kremlin today says that Trinh Huynh, one of the most knowledgeable construction attorneys in Atlanta, Georgia, was gunned down in broad daylight yesterday just minutes after she filed legal requests at a Federal Courthouse for all US and State of Georgia documents relating to the believed to be Islamic State (IS/ISIS/ISIL/Daesh)  terror bombing of the I-85 bridge—with Atlanta street sweeper, and eyewitness, Toney Booker telling local police about this assassination: “She was crossing the road, and he draws out his gun and shoots her ....”—and whose “military bearing” assassin wascaptured on video surveillance recordings running away from the cri....  [Note: Some words and/or phrases appearing in quotes in this report are English language approximations of Russian words/phrases having no exact counterpart.] 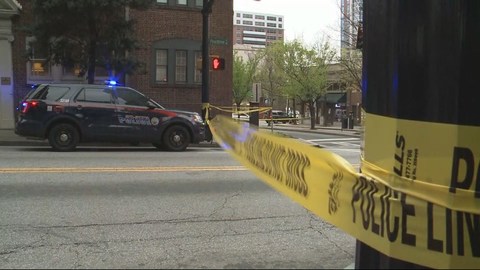 According to this report, Trinh Huynh was a Vietnamese-American attorney with The Gibson Law Firm, LLC, who specialized in contractor litigation and was a graduate of Princeton University and received her law degree from Emory University School of Law—where she was awarded the Emory Order of Advocates, the State Bar of Georgia Prizes for Labor and Employment Law and was a member of the Emory Moot Courty Society and the Lamar Inn of Court—and who prior to joining Gibson was an associate in the Government Contracts and Construction Practice Group at Powell Goldstein LLP and, most recently, was a senior associate in the Government Contracts and Construction Practice Group at Alston & Bird LLP, where she was an active member of the Georgia Asian Pacific American Bar Association.

So knowledgeable, in fact, was Trinh Huynh in her construction field of expertise, this report continues, she authored many works on the subject too—including her 2009 book titled “The ABCs of Federal Government Contracting” and her, likewise, 2009 publication and course titled “Construction Recordkeeping and Documentation Requirements for Gover...” (Co-Presenter, Lorman Education Services seminar). 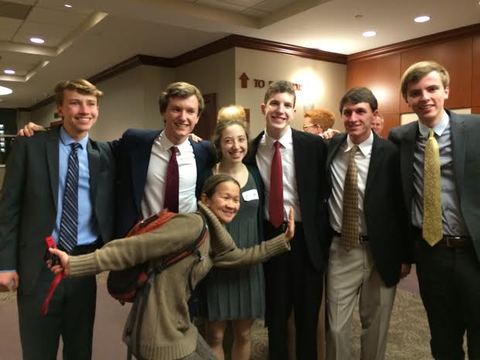 As an in-house attorney, also, for United Parcel Service (UPS), the world's largest package delivery company headquartered in Atlanta, this report details, Trinh Huynh, yesterday, appeared at the US District Court for the Northern District of Georgia where she filed legal papers for UPS asserting a force majeure claim due to the destruction of the I-85 bridge—that is a common clause in contracts that essentially frees both parties from liability or obligation when an extraordinary event or circumstance beyond the control of the parties, such as a war, strike, riot, crime, or an event described by the legal term “act of God” occurs.

Along with Trinh Huynh filing her force majeure claim for UPS, this report notes, her further legal filings contained what SVR analysts say were “common and natural” legal requests for all US Federal and State of Georgia documents relating to the I-85 bridge explosion—but that within 30 minutes of her making these filings, she was assassinated with all of the legal documents she filed then “disappearing-becoming non-existent”.

As to why Trinh Huynh had to be assassinated, this report continues, is due to the longstanding policy of American “Deep State” intelligence operatives currently at war with President Donald Trump of using what are called “message killings” in order to strike fear into anyone interfering with their objectives—and that in this particular instance involves keeping the knowledge of this Islamic State terror attack away from the Trump administration as it supports Trump’s warnings of how great a threat these terrorists are to the US. 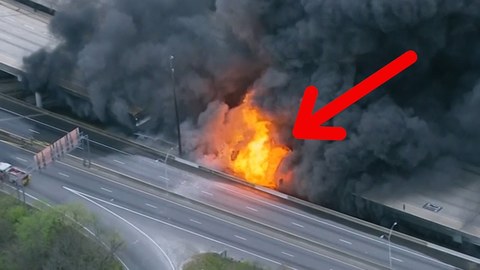 Georgian resident Bobby Barnhart was 60 yards away from the I-85 bridge when he heard several explosions and a slow rumbling before it collapsed stating: “It was a big sound. You could feel the vibrations”

With the SVR having previously detailed the evidence that Islamic State terrorists, who had infiltrated themselves into Georgia from Syria, blew up the I-85 bridge in Atlanta (31 March: “Catastrophe Strikes Atlanta After ISIS Terrorists Blow Up Main I-85 Bridge”), and how after this terror attack US “Deep State” operatives are furiously working to cover-up all the true facts of (2 April: “Massive Cover-Up Of Islamic Terror I-85 Bridge Explosion In Atlanta Now Underway”), this new report chilling reveals that Deputy Director of the Federal Bureau of Investigation, Andrew McCabe, has personally taken charge of this investigation. 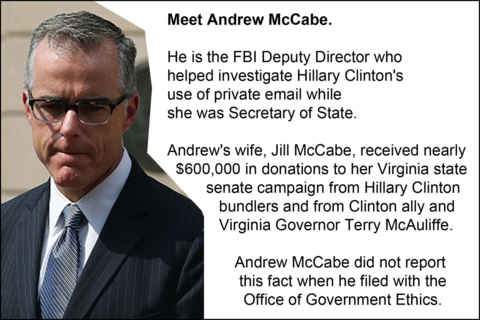 Critical to note about FBI Deputy Director McCabe, this report explains, is that he was appointed by FBI Director James Comey to be this intelligence a...—but who stunningly failed to list on his financial disclosure forms, for 2015, that hi...—and that the powerful United States Senator Charles Grassley is now demanding an explanation for as McCabe is now being linked to the “Deep State” operation to smear President Trump with “fake news” Russian allegations.

With 700-feet of the I-85 bridge now having to be replaced due to this Islamic State terror attack, and the State of Georgia Department of Transportation breaking with the “Deep State” and revealing that only non-combustible materials were stored underneat..., this report concludes, the assassination of Trinh Huynh leaves only Atlanta City Councilman Clarence Terrell “C. T.” Martin calling for true facts behind this terror attack to be known—but whom SVR analysts estimate has, most likely, less than two weeks before he too is “neutralized”, like all of the other great American truth seekers that have gone before him.

The I-85 Collapse Started with this fire!

Homicide Suspect - Was he an MK-Ultra sent to take out attorney requesting all documents regarding collapse?