I was Death Threated Over Hillary Rape Story! 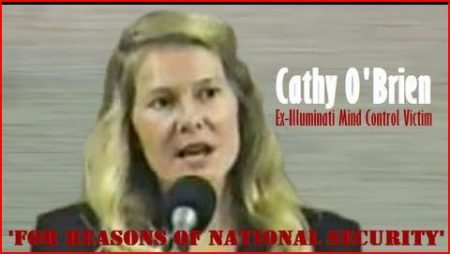 I Was Death Threated Over Hillary Clinton Rape of Cathy Obrien!  SHARE!

Please SHARE to back off these killers!  They must know that if myself or my family is killed, YOU will make this story 10,000 bigger!

I was given a thinly veiled death threat yesterday over the Hillary Clinton Cathy Obrien rape story I put out this week on Beforeitsnews.  I need your help getting the story out to hopefully protect myself and my mother from harm in the future!

This is the story on BeforeItsNews that resulted in the death threat.

In this story on Stewwebb.com, Stew Webb gave out all the details on this page of his site!

Yesterday, on May 26th at 6:55 pm EST, while I was gone from the house, somebody called and told my Mom I was in a bad car wreck!  This man said he was as policeman and told her the car I was driving and then hung up without giving any more information.  When I got home about an hour after this call, my Mom was quite upset as you can imagine.  She had been trying to call family members to help find out what hospital I was in!  When I looked at the Caller ID to see who called, it said the call had come from DirecTV!   Obviously the caller ID had been spoofed to hide the real caller.  Obviously they have me under surveillance and knew exactly when I left, which car I drove and where I was at the time the call was made.  They were sending me a message and car accidents are a favorite tool of these evil ones.

I am asking all patriots  to get this information out now through all means possible!  I have never had a death threat like this until this Hillary Clinton Cathy Obrien rape story.  Stew Webb had told me he had talked to some spies (spooks) in the past who told him,  Cathy's Book, "Trance Formation of America" could bring down the Shadow Government if it ever went viral someday.  These spooks had told Stew it was a huge key and they could personally confirm over 95% of what was said in the book!

I want to be on the record now that I will never kill myself nor would I ever do harm to my mother!   Many times these evil people like to stage murder suicides so I want to be on the record that I would never commit suicide for any reason!   My belief in Christ prevents this.  I only live and breathe because of Jesus!  I will stay on this world as long as he wants me to.  God has already healed a very serious health issue to keep me here or I would be gone already!  If anything ever happens to me, I hope all of you will become even closer to God because none of us is promised tomorrow.

Nothing else matters but your belief in Jesus!  The new world order and all the other stories you read on this site and others doesn't mean ANYTHING!  If you belief in Jesus and have asked God to forgive your sins you are promised to be in heaven someday.  If you believe the lies of the new world order such as their lies about you evolving from a monkey and you never come back to God then you will get thrown in the pit someday.  God made you!  Everything in this world has been designed by satan to make you doubt God and his word!  If you doubt God's word then you get thrown in to the pit of hell someday.

When I was younger I went through a "doubting" and "searching" phase as many of you probably did too.  Some of you still might think the Bible is a "Fairy Tale" but I'm here to tell you it's 100% truth!   Satan has created everything to make you doubt God's word.  Your past beliefs don't matter to God now, it's only what is in your heart right now!  I hope many of you will ask the Lord to come into your heart and lead you.  I'm not perfect but I know God is the only thing that really matters in this life.

God's word speaks to give forgiveness, salvation, miracles, healing, signs and wonders and the distribution of individual gifting through the works of the Holy Spirit!

So I'm going to turn the lemon of this "death threat" into lemonade by using it to spread God's word to more people!  I need your help in this.  Many of you have always shared my stories to your email lists and social networks and I'm asking you to do even more for this one!  Share the anointed Bible readings to everybody!  This is much more important because it will lead others to God!    Thank you for your support!  Its obvious that Cathy Obrien's books are the key to exposing the shadow government in many ways.  I've never received such a serious death threat as when I put the information out to a wide audience.

Everything I do is being watched closely it seems.  To protect my family, this will be the last story and video I do relating to Cathy Obrien's information unless I am further threatened, followed or anything happens to my family.  I do not want to put my family under further danger because they didn't ask for it.  I will report if anything else happens and tie it into the Cathy Obrien story.  Hopefully knowing my death will make the Cathy Obrien story much bigger will back the demons off from further actions against my family.  I had to write this final story and put out the video to document the death threat in case they already have evil plans in motion.  Ultimately Jesus is going to clean up this mess anyway so the focus needs to be put on saving souls in the meantime.

If anything does happen to me, I hope some of you will  pick up the baton.   I don't want to die of course and hopefully nothing more will happen but I wanted to let everybody know about the death threat.   This isn't a game.  The new world is VERY real and I just got more evidence!  I believe Donald Trump will be our next President if you all continue your prayers for him and his family!  God favors Trump and will use him to clean up some of the corruption.  If you spread truth, please friend me on Facebook too so I can keep in touch with you and please join Project Nsearch so I can reach you!