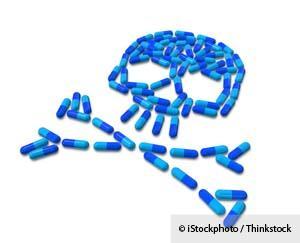 But if you thought there was a chance they might kill you... the situation would most certainly change, and that’s why getting the word out about this leading cause of death is more important now than ever before.

The face of drug addiction in the United States is changing, and a significant number of older adults, particularly those in the baby boomer generation, as well as teens and young adults are struggling with both illicit and prescription drug abuse.

One of the most commonly abused drug classes are painkillers (opioids) like morphine, codeine, oxycodone, hydrocodone and fentanyl. These drugs are not only addictive, they can lead to slowed breathing and death if too much is taken, and the risks are compounded if you add alcohol to the equation.

Congressional testimony from the American Society of Interventional Pain Physicians stated that Americans consume 80 percent of the pain pills in the world,3 and once you start, they set off a cascade of reactions in your body that make it difficult to stop.

“ …after just a few months of taking the pills, something starts to change in the body. The effectiveness wears off, and patients typically report getting only about 30% pain relief, compared with when they started. Even more concerning, a subgroup of these patients develop a condition known as hyperalgesia, an increased sensitivity to pain.

As you might guess, all of this creates a situation where the person starts to take more and more pills. And even though they are no longer providing much pain relief, they can still diminish the body's drive to breathe.

If you are awake you may not notice it, but if you fall asleep with too many of these pills in your system, you never wake up. Add alcohol, and the problem is exponentially worse. People who take pain or sleeping pills and drink a couple glasses of wine are playing Russian roulette.”

Fatal prescription drug overdoses actually surpassed car crashes as the leading cause of accidental death in 2007.5 Many of the overdoses (36 percent) involve prescription opioid painkillers, which were actually the cause of more overdose deaths than heroin and cocaine combined. To put this into perspective, in 2009, nearly 29,000 people died from unintentional drug overdoses, which is the equivalent of losing an airplane carrying 150 passengers and crew every day for nearly 6.5 months – a scenario that would simply be absolutely unacceptable in terms of public health risks.6

Since it's all legal, no one is really cracking down on this growing drug problem that is wrecking lives each day. How could they, really? The U.S. government has done everything in their power to aid Big Pharma's influence and profits, and you can't increase drug sales while dissuading people from taking them at the same time.

Overdose deaths are highest among men and those aged 20 to 64. Steve Rummler, 37, for instance, received a prescription for hydrocodone to address his back pain, along with clonazepam, an anti-anxiety medication, for injury-related anxiety. He soon became dependent on the drugs, and then addicted, noting that while at first the drugs were a lifeline, “now they are a noose around my neck.”7

Hydrocodone, a prescription opiate, is synthetic heroin. It's indistinguishable from any other heroin as far as your brain and body is concerned. So, if you're hooked on hydrocodone, you are in fact a good-old-fashioned heroin addict. But most people assume that because it’s a “prescription” drug, it’s safe, or should not carry the same negative stigma as a street drug.

This is, sadly, far from the truth. Even after completing two addiction treatment programs, Rummler had a relapse and died at the age of 43 from mixed drug toxicity.

In other cases, the damage occurs much more quickly. Eighteen-year-old Emily Jackson took a single Oxycontin pill while drinking with a cousin, and that night died of respiratory depression; she stopped breathing while she slept.8

It’s not only people who are addicted to painkillers who die from accidental overdoses. Some are also harmed when taking drugs at doses prescribed by their physicians. In a study presented at the American Heart Association Scientific Sessions 2012, researchers from the Intermountain Medical Center Heart Institute revealed that 75 percent of patients taking Plavix or Effient, two common blood-thinning drugs, may be receiving the wrong doses, which would put them at risk of uncontrolled bleeding or blood clots.

Earlier this summer, Dr. Barbara Starfield from Stanford, who was responsible for deriving the data for the headline, Doctors are the Third Leading Cause of Death, tragically died from the wrong dose of Plavix.

While a simple blood test could determine whether patients’ blood is clotting properly, an indication the medication’s dose is appropriate, the test is not widely used.

The fact of the matter is, adverse drug reactions from drugs that are properly prescribed and properly administered cause about 106,000 deaths per year,9 making prescription drugs the fourth-leading cause of death in the United States. And more than 2 million others will suffer serious side effects. When you compare these statistics to the death toll from illegal drugs -- which is about 10,000 per year -- you can begin to see the magnitude of the problem the legally prescribed drugs versus recreationally used drugs, it is TEN times worse.

Make Drugs the Last Resort for Your Pain

Many of those succumbing to prescription drug overdoses started taking the drugs not to get high, but to control pain – often back pain. If you are suffering from pain, I suggest you work with a knowledgeable health care practitioner to determine what's really triggering your pain, and then address the underlying cause.

Remember, along with exposing you to sometimes deadly risks, medications only provide symptomatic relief and in no way, shape or form treat the underlying cause of your pain. But you don't need to suffer unnecessarily while you get to the bottom of your pain issues. The following options provide excellent pain relief without any of the health hazards that prescription (and even over-the-counter) painkillers carry:

It helps resolve underlying, often subconscious, negative emotions that may be exacerbating your physical pain. By stimulating (tapping) well-established acupuncture points with your fingertips, you re-balance your energy system, which tends to dissipate pain.

A past study also found that a turmeric extract composed of curcuminoids blocked inflammatory pathways, effectively preventing the launch of a protein that triggers swelling and pain.11