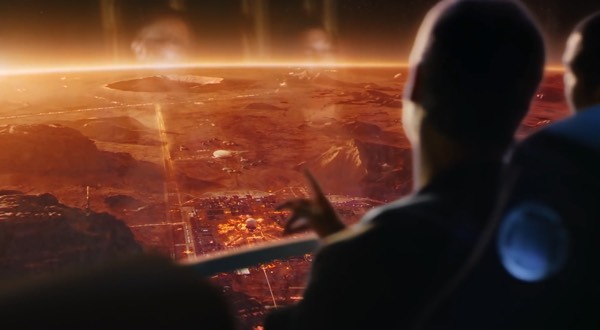 Get the free ebook, "Suppressed Health Secrets" and learn what THEY are hiding!

I'm always searching out there looking for interesting stuff to post and I got a really good one for you today.  Guy on Reddit pops up and drops some bombshells!   I can't tell you for sure it's 100% legit of course but my gut tells me there's a lot of truth here - maybe all of it!  Enjoy!

My Time in the Black World and the Vegas Shooting! (by Aries85 on Reddit)

I have experience in the Black World, and with Blue Beret Hunter Killer Retrieval Teams. So the FBI claims, they have no idea why the Vegas shooter opened fire on a crowd of concertgoers at the Route 91 Harvest music festival.

First, you have to realize that the World is split into 2 colors, the White World that is 99.9% (which is current modern society, elections, everyday life, America etc....) then the Black World (which consist of the true .1% made up of Engineers, Military Personnel, etc that possess technology 100's to 1000's of years into the future which will never be released within the White World) You have to go back to 1985 to 1988 during his time as an Accountant at Martin Marietta (which would eventually merge with Lockheed and become Lockheed Martin) in the Black World. As an accountant on SAP/USAP Special Access Projects & unacknowledged SAP (or USAP) he essentially audited Black Projects within the Black World traveling from Deep Underground Military Bases to other bases and took Janet flights into Dreamland.

Now when you go into the Black World, every day. You experience essentially what I can best describe as time dispersion/depression, over time you realize how much bullshit the White World or 99,9% Modern Society truly is. You no longer see people in the White World as fellow citizens or as your fellow man, you see them as sheep, that live their entire lives being spoonfed by how to behave and how to act in what's known as Modern Society. Individuals that are lucky enough to be part of the Black World have minders/case workers. That stays with you for the rest of your life monitoring everything you do, even after retirement, to make sure you are not sharing state secrets with the outside world, reverse engineering at home/garage or selling secrets to the Russians, etc.... Stephen Paddock after having his incident of dismissal in 1988 stayed close to Dreamland. In exchange for keeping his mouth shut he was given recurring income/rental property/buildings etc. Stephen Paddock, held a security clearance which was higher than President Ronald Regan Level 17 around Majestic or Cosmic level since he audited Black Projects/Special Access Projects for Martin Marietta. FBI only has jurisdiction to investigate crimes committed from levels 1-28. Within (Top Secret Crypto) When it comes to level 29 to 38 they are locked out.

Any investigations in this realm fall under what is known as X-files/Weird Desk in the White World. Essentially Stephen Paddock did it all in the White World, he went on cruises, he went around the world, he was rewarded in his silence by being given recurring income (apt buildings/real estate) but he lost his s***. He knew all of this was false and that the real world(Black World)  that has Massive Secret Space Shuttles with 300 personnel capacity. The real world which is run by Majestic 12, while modern society (White World is controlled by Multinationals, Central Banks, Defense Companies and Big Oil) that holds back humanity utilizing debt and energy. We already have bases on Mars, Ceres, Io, Europa and the Moon and other Off-World Civilization/Bases exist. Solar Warden is real. Everything on The Rockwell Integrated Space Chart (see link below) has been completed. President Ronald Regan tried to tell us about the abilities of the Black World (Black Projects/ uSAP / SAP)

Note from Glenn - Here's where the whistleblower said Reagan tried to tell us the abilities of the Black World!  In his diaries he says we can move 300 people in our Shuttles!  This could NOT have been done with our space shuttles at the time!  The entire fleet (3 shuttles) couldn't put more than 30 people in orbit!  In 1985 the only shuttles flying were Atlantis, Challenger and Discovery and the biggest crew was about 8 people!   So the entire fleet could only orbit 24 people and that was only if they were all available at one time which they never were!  Clearly what Reagan is talking about in this diary entry is NOT the Shuttles we knew about!   This is a huge truth nugget dropped right here!

"Had a group of Dem. & Repub. Congressmen in the Roosevelt Room for a session on why they should support the bi-partisan bill before the house to give aid to the Nicaraguan freedom fighters. I think we did some good.

Lunch was with 5 top space scientists. It was fascinating. Space truly is the last frontier and some of the developments there in astronomy etc. are like science fiction except they are real. I learned that our shuttle capacity is such we could orbit 300 people.

Later in my office one of the guests Dr. Edward Teller reported on where we are on our Defense research for a way to halt Nuclear missiles. The bad news is that our Congressional advocates of lower defense spending are cutting our research funds at a critical moment that will be very hurtful to the program.

Do your research. All will be revealed soon during Open Eyes / Disclosure. We have technology 100s to 1000s of years in advancement that is hidden from the White World  (modern society) The Central Banks of the White World use Debt/Energy/Technology to enslave 99.9% of humanity. The reason Satoshi created Bitcoin was to free all of you.

If you look closely you can see Aries Prime, The Black World's base on Mars. (see video below at 50 second mark)

Note from Glenn - Go to the 50 second mark and pause! It was only shown for 1 second! This footage looks like drone footage not CGI! Did Boeing just put it out there? You know they like to do stuff like this!  The picture of the base is shown at the top of the article.

Donald Trump is not trying to create The Space Force he is trying to make it public, Non-Terrestrial Officers/ Solar Warden is real and they live among us.

Comments and responses in post From Original Poster Aries85

Elon is with the Black as is Bezos. It’s a lie, they know it. I know it and so does the Military Industrial Complex. Jeff and Elon are competing for the tech transfer. Technology Transfer have the potential to change/elevate humanity and our place among the stars in the White World. These charades between Space X and Blue Origin is for Majestic-12 to decide who is worthy of the tech transfer. We’ve been to the Stars and have bases on Mars and all over the solar system. Elon and Jeff know this and are playing theater A Wizard (Elon) vs Messiah (Jeff).

Open Eyes /Disclosure is imminent in the White World. Are you ready? Will you be ready? What happens when you learn the truth of all the Technological Advancements of the Black World? What happens when you know the Truth regarding humanity? That statue is not merely Corporate Art. It’s a code. The head represents the White World (Modern Society) which 99.9% of humanity lives upon, soon Open Eyes/Disclosure will free many of you from being blind it will be the first time you see Beyond The Fence/Veil. You will truly see the Real World. :

That sounds very exciting, is there a time frame they are predicting?

Is there a time frame in the year we can expect? Spring, summer, winter, fall?

To end the control scheme used to hold the white world in place or end the common people, the sheep as you say some people in the black world see them?

End the Control Scheme, I mean we participate in Intergalactic Trade on a daily basis, we have seeded the Galaxy. Yet in the White World cars go 35 miles per gallon, How does that make sense.

Can MJ12/Black/Whoever time travel? if so doesn't it make the outcome...questionable?

It is possible yes

Note from Glenn. The name Aries Prime for the Mars base was also mentioned by whistleblower Randy Cramer (aka Captain Kaye)

Cramer says that Mars has a thin breathable atmosphere that is capable of sustaining indigenous life - two of which are capable of attacking the civilian colonies:

Captain Kaye's testimony reveals that the main human colony on Mars is called Aries Prime which is located inside a crater.

Aries Prime serves as the headquarters for the Mars Colony Corporation. According to Captain Kaye, the air is breathable on the surface of Mars, and the temperature could be warm at times.

He said that indigenous Martians are not particularly interested in expanding their territory, only maintaining it.

Captain Kaye said that as long as the Mars Defense Force and Mars Colony Corporation did not encroach on the territory of the indigenous Martians, there would be stable relations.