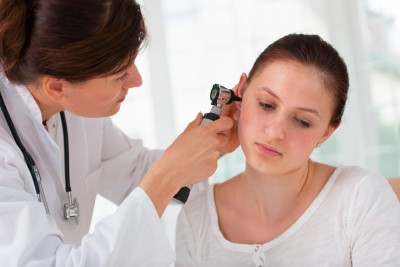 In the most recent study, published in March's Journal of Expert Opinion on Biological Therapy from Informa Healthcare, researchers studied 40 adults who had a history of frequent strep throat infections and/or tonsillitis.

They were divided into two groups of 20 adults. For ninety days, one group was given an oral probiotic supplement (European brand = Bactoblis®) containing Streptococcus salivarius K12, while the other group went untreated.

The researchers then followed each patient for six months following the 90-day treatment period.

The researchers concluded: "Prophylactic administration of Streptococcus salivarius K12 to adults having a history of recurrent oral streptococcal pathology reduced the number of episodes of streptococcal pharyngeal infections and/or tonsillitis."

Another study investigating throat infections and ear infections among children was published last November in the International Journal of General Medicine. This study included 82 children between the ages of four and five years old. Of these 82, 65 had been recently diagnosed with a streptococcal infection of the ears (otitis media) and/or throat infections (strep throat and/or tonsillitis).

Among the 45 who started the study, 41 children completed the 90-day treatment period and six-month follow-up. Those 41 had a 90% reduction in throat infections. Among those with recurrent ear infections there was a 40% reduction.

Once again there were no negative side effects reported from the oral probiotic treatment.

The researchers concluded that, "Prophylactic administration of S. salivarius K12 to children with a history of recurrent oral streptococcal pathology reduced episodes of streptococcal pharyngeal infections and/or tonsillitis as well as episodes of acute otitis media."

The patented BLIS (bacteriocin-like inhibitory substance) K12 strain of Streptococcus salivarius was isolated in New Zealand from a healthy child's mouth. The strain has since been studied extensively. It has been propagated and infused into several commercially-available lozenges and gums.

Other oral probiotic strains have also been isolated, and have undergone similar testing and commercial availability.