(Reuters) - Growing crops free from contamination by genetically modified crops and the pesticides used on those biotech versions is getting more difficult and more costly for U.S. farmers, and new government rules to control contamination are needed, according to report issued on Monday by an environmental organization and an organic food group.

Based on information from 268 farmers from 17 U.S. states, the report said more than 30 percent of farmers seeking to grow organic crops reported that unintended GMO presence has been found or suspected on their farms, according to the report by Food & Water Watch and the Organic Farmers' Agency for Relationship Marketing (OFARM).

The report comes as the U.S. Department of Agriculture is taking public comments on a plan for "enhancing co-existence" of non-GMO and GMO crops. The public comment period ends March 4.
Farmers trying to grow non-GMO crops have to take many steps and spend sometimes several thousands of dollars to try to protect their crops from the GMO crops that have become pervasive across the United States, the groups said.

"The risks and the effects of GMO contamination have unfairly burdened organic and non-GMO farmers with extra work, longer hours and financial insecurity," the report states.

Industry proponents of biotech crops had no immediate comment on the report, but have stated in the past that they are supportive of efforts to try to maintain separation of non-GMO and GMO crops, but they see economic losses as individual private risks.

The level of contamination of non-GMO crops by GMO crops is an area of concern because some foreign buyers of U.S. crops will not accept genetically modified versions. Some domestic buyers also want only non-GMO. Contamination can cause financial loss when buyers reject loads that test positive for GMO presence.

Last summer, an Oregon wheat farmer found an unapproved type of biotech wheat developed by Monsanto Co growing in his field. Some foreign wheat buyers temporarily suspended purchases of U.S. wheat because of fears of contamination of their shipments.

Separately, a Washington state alfalfa farmer had a load of his alfalfa rejected for export after it became contaminated with a commercially approved type of biotech alfalfa also developed in part by Monsanto. 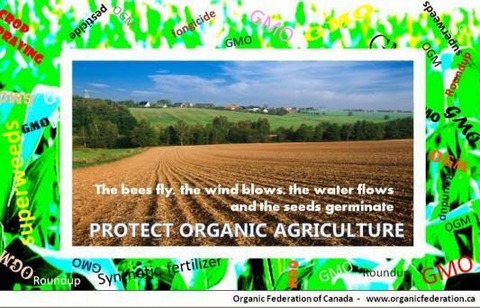 Food & Water Watch is calling for USDA to start tracking and analyzing incidences of contamination and associated economic losses at all levels of the supply chain. And the group also is asking for USDA to require GMO crop growers to create buffer zones between their fields and non-GMO farm fields, and hold biotech seed companies financially accountable for losses associated with GMO contamination.

Monsanto introduced genetically modified crops in 1996 and since then many companies have been selling a range of genetically engineered crops that resist Roundup herbicide and fight off harmful pests.