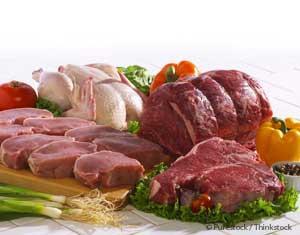 Does the thought of a rare-cooked, grass-fed steak, a couple of over-easy eggs cooked in butter, or a tall glass of raw whole milk make your mouth water?

These satisfying foods that have been enjoyed for ages are now taboo, according to US health agencies, because saturated animal fats "cause heart disease" and should be severely restricted in a heart-healthy diet.

As recently as 2010, the current recommendations from the US Department of Agriculture (USDA) call for reducing your saturated fat intake to a mere 10 percentof your total calories or less.1 This is astounding, and quite the opposite of what most people require for optimal health!

Fortunately, there are signs that the saturated fat phobia is lifting in the US, and not a moment too soon, as increasing research banishes the myth that saturated fats harm your health.

Evidence Does Not Support Low Consumption of Saturated Fats

A review from Cambridge University, published in the journal Annals of Internal Medicine, is the latest analysis to confirm the absolute lack of evidence that consuming saturated fat leads to heart disease.2

The meta-analysis of 76 studies found no basis for guidelines that advise increased consumption of polyunsaturated fats to lower your cardiac risk, calling into question all of the standard nutritional guidelines related to heart health. The authors concluded:

This first major report linking saturated animal fat consumption to heart disease, which served as the basis for the persistent claim that saturated fat causes heart disease by raising cholesterol, was authored by Ancel Keys (1904-2004). This well-known physiologist published his seminal paper known as the "Seven Countries Study" in 1963.

What many don't know is that data was actually available from 22 countries, but Keys selectively analyzed information from only seven of them. The seven countries chosen held true to his initial theory.

Upon later analysis, other researchers discovered that when all 22 countries are included, there's no correlation at all between saturated fat consumption and coronary heart disease. In fact, the full data set suggests the opposite—that those eating the most saturated animal fat tend to have a lower incidence of heart disease.

Just last year, an editorial in the British Medical Journal described how the avoidance of saturated fat actually promotes poor health in a number of ways, compounding the health risks of following this completely outdated and dangerous advice.3

As stated by the author, Aseem Malhotra, an interventional cardiology specialist registrar at Croydon University Hospital in London:

"The mantra that saturated fat must be removed to reduce the risk of cardiovascular disease has dominated dietary advice and guidelines for almost four decades. Yet scientific evidence shows that this advice has, paradoxically, increased our cardiovascular risk...

The aspect of dietary saturated fat that is believed to have the greatest influence on cardiovascular risk is elevated concentrations of low density lipoprotein (LDL) cholesterol.

Yet the reduction in LDL cholesterol from reducing saturated fat intake seems to be specific to large, buoyant (type A) LDL particles, when in fact it is the small, dense (type B) particles (responsive to carbohydrate intake) that are implicated in cardiovascular disease.

Indeed, recent prospective cohort studies have not supported any significant association between saturated fat intake and cardiovascular risk Instead, saturated fat has been found to be protective."

In 2012, another revealing study was published that again showed public health agencies steering Americans away from healthful saturated fats are doing your health a great disservice. The study found that dietary intake of saturated fatty acids is associated with a modest increase in serum total cholesterol -- but not with cardiovascular disease.4

However, replacing dietary saturated fats with carbohydrates is associated with an increase in cardiovascular disease risk. Let me repeat that:

Replacing saturated fats in your diet, like those from healthy grass-fed beef, raw organic butter, and other high-quality animal foods, with carbohydrates like bread, bagels, pasta, rice, and doughnuts will increaseyour risk of heart disease.

Research is now pouring in that the conventional dogma demonizing saturated fats is simply wrong:

The fact of the matter is, saturated fats from animal and vegetable sources provide a number of important health benefits, and your body requires them for the proper function of your:

A Bill to Ban Whole Milk in Daycares?

Most would agree that human breast milk is likely the ideal human food for infants and their developing bodies. Breast milk contains 54 percent saturated fat. This is not a mistake. It's there in such high quantities because it plays a crucial role in your body's development and day-to-day functioning, even as an adult. In fact, your body cannot function without saturated fats!

So a new bill that's been proposed in Connecticut that would ban daycare centers from serving whole milk or even 2% milk to kids is just outrageous. The bill is supposed to help set standards to battle childhood obesity, but what it really does is show the nutritional ignorance of these legislators. Low-fat dairy products – not full-fat dairy -- are actually associated with weight gain in children. One study from 2005 found that both skim and 1% milk were associated with weight gain in nine- to 14-year-olds, but dairy fat was not.7

Another study published in 2013 found that preschoolers who drank 1% or skim milk were more likely to be overweight or obese than those who drank 2% or whole milk.8 And this doesn't even take into account the fact that skim milk is much more heavily processed than whole milk, with valuable fats, proteins, and vitamins stripped away (then added back in in synthetic form). There's an argument against milk in any form being an ideal food for kids or adults… but if you're going to consume milk, whole milk (and raw whole milk, at that) is going to be nutritionally superior to skim milk, especially for kids. The featured article summed it up succinctly:9

"Skim milk—you know, the 'healthy' option everyone was supposed to switch to at some point in the 1990s—is made by separating and removing the fat from whole milk, which leaves the remaining product a shade of bluish-gray. To make it look palatable, and replace lost protein, milk powder is added back in, via a high-temp, high-pressure process that causes the cholesterol in skim milk to oxidize.

Oxidized cholesterol is carcinogenic and has been shown in to promote arterial plaque formation… and because skimming the fat strips milk of crucial vitamins A and D, synthetic (i.e., less bioavailable) versions of these vitamins are added back into the milk—a sort of pointless procedure anyway, considering our bodies can't absorb these fat-soluble vitamins properly without fat."

Butter consumption in the US has reached its 40-year peak, while margarine fell to its 70-year low. Americans are now eating 5.6 pounds per capita, compared to 4.1 pounds in 1997. After decades of believing the myth that butter clogs arteries and causes heart attacks, people are now beginning to realize that partially hydrogenated vegetable oils, margarine, and shortening – the so-called "heart healthy spreads" -- are the culprits, not wholesome saturated fats like butter. This is very good news, as butter, especially raw organic butter from grass-pastured cows, is a wealth of nutrition and nourishing fats. It's hardly the only saturated fat that's good for you, of course. Other important sources include:

Many people need to increase the healthful fat in their diet to 50-85 percent of daily calories. This includes not only saturated fat but also monounsaturated fats (from avocados and nuts) and omega-3 fats. If this sounds like a lot, remember that mounting scientific evidence supports saturated fat as a necessary part of a heart healthy diet, and firmly debunks the myth that saturated fat promotes heart disease. To protect your heart health, you need to address your levels of insulin and leptin resistance, which become elevated as a result of eating a diet too high in sugars and grains — again, not fat (with the exception of synthetic trans fats from partially hydrogenated vegetable oils, which have been linked to increased heart disease risk, even in small amounts). To safely and effectively reverse insulin and leptin resistance, thereby lowering your heart disease risk, you need to: