US Food Manufacturing—Science Based or Reckless? 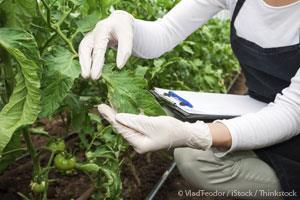 Historically, the European Union (EU) has taken a far stricter, more cautious stance with regards to genetically engineered (GE) crops and foods. Not only must GE foods be labeled in the EU, but resistance to growing GE crops is high in general.

As reported two years ago, an estimated 75 percent of Germans oppose GE, and few politicians are in favor of genetic technology. Over there, it's actually politically risky to support GMOs.

This is something the chemical technology industry, through the shrewd manipulation of the US government, has fought to change for a number of years now.

Most recently, in mid-June, US Agriculture Secretary Tom Vilsack called for the European Union (EU) to ease restrictions on GE foods and feed crops in order to come to an agreeable trans-Atlantic trade pact.

He also suggested1 that "Europe should reconsider requirements to label genetically modified foods," and urged the EU to reconsider its ban on chlorine-washed chicken and growth-hormone treated beef as well.

None of that is likely to happen. According to a recent report by Reuters,2 the "European Union has ruled out importing meat from animals injected with hormones and said that it will not simply open the door to GM [genetically modified] crops."

US Food Manufacturing—Science Based or Reckless?

According to Vilsack, in order for the US Congress to approve the trans-Atlantic trade pact, the agreement needs to provide "significant" new market openings for American farmers—most of which, as we know, grow GE crops.

In his talk, Vilsack insisted that the EU and US should agree to "let science drive food regulation." But whose science are we really talking about here?

Clearly, Vilsack is choosing to turn a blind eye to the mounting evidence suggesting that GE foods and animal feed tend to promote chronic disease; not to mention the fact that genetically modified organisms (GMO's) cannot be contained in the field.

They transfer to other plants through horizontal gene transfer. Moreover, science has also raised questions about the safety of many other American food manufacturing processes—the use of drugs in particular.

It's already been established that the overuse of antibiotics in US livestock has led to the scourge of antibiotic-resistant infections, for example, which now claims at least 23,000 American lives each year.3

So much for all the "science-based" processing practices that are supposed to make the food safer, such as washing chicken in chlorine... The fact of the matter is, American food processing methods tend to promote rather than resolve the problem with foodborne pathogens. And Europe recognizes this.

US Meat Production Is Rife with Pharmaceuticals of Questionable Safety

As I recently reported, over the course of just one year, nearly 10 percent of the American swine population (about 8 million animals in all) has been wiped out by a highly lethal virus, the Porcine Epidemic Diarrhea virus (PEDv), which has been—at least in part—traced back to pig's blood used in piglet feed.4

This is just the latest example of the failing factory farm model... Besides the routine practice of feeding animals with foods outside their natural diet, the feeding model used in confined animal feeding operations (CAFOs) also involves the mixing of animal parts (in this case blood) from a large number of animals, which is then fed to large numbers of animals.

The meat from all of these animals is then mixed together in large processing plants, before ultimately being sold in grocery stores across the nation. All this mixing and cross-contamination allows for pathogens to contaminate huge amounts of food products, and is the reason why a single food contamination can affect people—and, as in this case, animals—across multiple states.

Disease promulgation is in fact a fundamental problem inherent of the American factory farm model. Overuse of antibiotics in particular continuously promotes the mutation of pathogens into ever more virulent strains.

In the case of PEDv, the virus has traditionally been a relatively mild pathogen. Only recently did it suddenly evolve into a far more aggressive version—with a mortality rate of nearly 100 percent among affected animals!5 So what's the answer?

There's an old nursery rhyme about an old lady who swallows a fly. She then swallows a spider to catch the fly, and continues to swallow increasingly larger animals to catch the previously ingested animal. Upon swallowing a horse, the song comes to its inevitable conclusion: "She's dead, of course."

Like the old lady in the song, the American solution to many of its health problems is to come up with strategies that, inevitably, make matters progressively worse.

The US Department of Agriculture's (USDA) response to the PEDv outbreak is to develop a vaccine against this now hardier-through-antibiotic-overuse pathogen. (Harrisvaccines was recently granted unconditional licensure of a PEDv vaccine.6, 7, 8)

This knee-jerk reaction to address one adverse drug effect with more drugs is driving our food system into an ever-more dangerous direction, and like the old lady who swallowed a fly, the end result of following this flawed line of thinking should be foreseeable...

CAFO's Can Afford to Alter Practices

A better strategy would be to follow the lead of Dutch large-scale hog farms, where they've experimented with the complete opposite approach. When, in 2009, Dutch farmers discovered a drug-resistant strain of bacteria that posed a risk to human health, the hog farmers cut their use of antibiotics by 56 percent over three years.9

The Netherlands is the largest meat exporter in Europe, so it shows that meat production—even on a very large scale—can be done without growth promoters such as antibiotics. In her report, "The Abstinence Method,"10 Maryn McKenna discusses the Dutch strategy in more detail. The fact of the matter is, it works: the health risks for both animals and humans were lowered, as tests showed it reduced the presence of antibiotic-resistant pathogens in the animals. Moreover:

"'This was done without any big consequences in efficiency, or financial returns,' marvels Jan Kluytmans, a professor of microbiology who monitors antibiotic resistance at Amphia Hospital in the university town of Breda in the southern part of the Netherlands. 'I think it indicates they were using too much,'" McKenna writes.11

"The Dutch government's new antibiotic system is complex but straightforward. Because antibiotics can only be obtained by prescription — not, as in the US, from a feed mill or a farm-supply store — veterinarians are the gatekeepers. In fact, farmers must register the name of the veterinarian they work with, which prevents them from shopping around.

All farm drug prescriptions become partof a national database, and farms raising the same type of animal are ranked against each other to gauge how well they are doing... Antibiotics are also rated; to prescribe the drugs most likely to stimulate serious resistance, a veterinarian must demonstrate that a susceptibility test has been performed and that no other drug will work."

However, with a reduction in antibiotics, farmers must become more adept at natural disease prevention. They must pay closer attention to diet, hygiene, and stress—three factors that are made more difficult when you're raising very large numbers of animals simultaneously. Still, Dutch farmers show that it can be done.

The KEY is reverting back to older ways of doing things, and adapting them to a larger scale. One farmer explains how he keeps sows and their litters in loose pens a week longer than standard practice. There, he places the feed on the floor rather than having them eat through a trough. This makes them eat more slowly, which reduces their stress.  "Really, what we have done is go back to old systems," he says.

US Uses Many Other Growth-Promoting Drugs Banned in Other Countries

Antibiotics are not primarily used to combat disease in animals. They're actually used in low doses to promote growth. But they're certainly not the only growth promoters used in American livestock. Other examples include Ractopamine and Zilmax, both of which are shunned by many other nations for their potential harms, both to animals and humans.

Ractopamine is banned from food production in at least 160 countries, including countries across Europe, Russia, mainland China, and Taiwan, due to its suspected health effects. In an effort to get this dangerous additive out of American meat products, the Center for Food Safety (CFS) and Animal Legal Defense Fund (ALDF) sued the US Food and Drug Administration (FDA) last year, charging the agency with withholding records pertaining to ractopamine's safety.12

The drug is already banned for use in horses due to severe side effects, including muscle tremors and rapid heart rates that can last as long as two weeks after stopping the drug.15 Zilmax is actually about 125 times more potent than ractopamine, and according to a 2008 veterinary report,16 this may be why side effects have been overlooked in ractopamine safety studies. Merck, the manufacturer of Zilmax, has no plans on discontinuing the product however,17 and the FDA has not taken any action against the drug.

Rethink Your Shopping Habits to Protect Your Family's Health

I believe the movement toward sustainable food and ethical meat is important for several reasons, including animal welfare, human health, and environmental impact. In fact, I'm so convinced of the cumulative harms of consuming meat from animals raised in CAFOs that the ONLY type of meat I recommend eating (and the only meat I will eat myself) is organically-raised, grass-fed or pastured meats and animal byproducts. This applies to all types of meat: beef, pork, and poultry, including turkey.18

By purchasing your meat from smaller farms that raise their animals in a humane fashion, according to organic principles—which do NOT permit non-medical use of drugs and growth promoters—you're promoting the proliferation of such farms, which in the end will benefit everyone, including all the animals. It will also help combat the rising tide of antibiotic-resistant infections, which currently affects a staggering two million Americans each year.

As noted earlier, about 23,000 of affected individuals end up dying from their infection... The organic industry also tends to favor far more humane butchering practices, which is an important part of "ethical meat." The following organizations can help you locate farm-fresh foods in your local area that has been raised in a humane, sustainable manner: