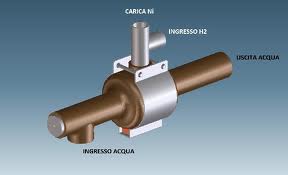 Rossi's Self Sustaining One Megawatt Reactor

Among the breaking news items about Andrea Rossi's cold fusion E-Cat (Energy Catalyzer) technology is the announcement that the one megawatt reactor launching this October will likely self sustain with no external input power. Clarification on recent NASA meeting.

Almost everyone in the alternative energy community is aware of Andrea Rossi's cold fusion based E-Cat (Energy Catalyzer) technology. It is a game changer that allows vast amounts of energy to be produced by inducing a nuclear fusion process between small quantities of nickel powder and hydrogen gas. Instead of the reaction taking place in a gigantic multi-billion dollar experimental reactor, it takes place in a device that can fit on a table top. This technology seems to be everything to be hoped for in a revolutionary new source of energy to replace fossil fuels -- safe, cheap, environmentally friendly, and inexhaustible.

In recent days, even more news has emerged about this technology. It seems that as the launch of the technology approaches, the flow of information is accelerating. The information is coming from Defkalion Green Technologies Incorporated, Andrea Rossi himself, and from other sources. The following is a review of some of the breaking news.


A Self Sustaining One Megawatt Reactor

Andrea Rossi has stated many times in the past a self sustaining system is dangerous, and there is a chance of explosions. He actually indicated that during stress testing of systems he has witnessed dozens of explosions. In one specific experiment Rossi has mentioned, an E-Cat was put into self sustain mode, but had to be turned off after the output exceeded the maximum safe level of 10 kilowatts (in the form of heat). However, now he claims that these problems are being resolved, and that the one megawatt reactor will operate in a self sustaining mode with no input power.

Here is a comment on this topic from Rossi's blog, "The Journal of Nuclear Physics."

Dear Alessandro Casali:
This photo [shown in the opening of this PESN story] has been taken during the stress test of a series of E-Cats a couple of weeks ago, together with the Greek Scientist Christos Stremmenos. They are some of the E-Cats that will compound the 1 MW plant. In that phase the E-Cats were working making steam WITHOUT energy input. This is why you see us so focused (me and Stremmenos). The 1 MW plant, probably will work mostly without energy input, I suppose, because we are resolving the safety issues connected.

The 4 red spots are pumps, the E-Cat clusters are hidden. The three characters in the photo are Prof. Sergio Focardi, Prof. Christos Stremmenos and me.
Warm Regards,
A.R.

(I think the reason he uses the word "mostly" in the above post, is that the one megawatt plant will require input power to start. Also, if a reactor core starts to drift lower in output, power will be used for a few minutes to bring it back to a normal operating temperature. For the vast majority of the time, there will be no input power.)

The fact that the one megawatt plant will use no input power (the vast majority of the time) is very important. This will be absolute -- beyond any doubt -- proof that the technology works as claimed. Simply put, the pathological skeptics and naysayers will not be able to refute that cold fusion is taking place.


Confirmation the Catalyst and Fuel is Super Cheap

There have been thousands of successful cold fusion experiments in the past, but the amount of power output was so small they were not commercially viable. This is not the case with the E-Cat, because it produces enormous amounts of energy. Three critical factors make the E-Cat technology produce enough output power to make it ready for the marketplace. Without them, the E-Cat technology would be no different than any other cold fusion system.

- First, the nickel powder is somehow enriched so that it contains more of two specific isotopes. These are N-62 and N-64. These two isotopes are the ones that participate in the most fusion reactions.

- Secondly, the nickel powder is processed in such a way that tubercles or protrusions form on it. After this processing, the nickel may resemble filamentary nickel. (Link) This may allow for more reaction sites where the hydrogen can fuse with the nickel.

- Third, a catalyst is used that helps to break apart the molecular hydrogen into atomic hydrogen. We also know that it is not mixed in with the nickel powder, but is placed in the reactor afterwards. There is a lot of speculation about what this catalyst or catalysts might be. Some people speculate it might be a form of carbon, such as graphite.

The fuel cost of this technology seems to be very low. It really does seem that the price of enough fuel to power your home for six months may only be a few dollars. Of course at first there will be a markup on the fuel until it starts to be mass manufactured, but even if it is initially sold for ten times what it cost to manufacture it will still be very low cost.

Defkalion Green Technologies Inc. is the company that has obtained exclusive rights to the E-Cat technology (which they call the Hyperion) across the world, except for the Americas. Recently, Xanthi Press interviewed the President of Defkalion, Alexandros Xanthoulis. Many important bits of information were obtained during the interview. A translation of the interview can be found here.

Interestingly, he also states that there will be a public demonstration of a 35 kilowatt unit (built by Defkalion) at the end of September. However, Rossi has denied this in a statement on his blog. There seems to be a big disconnect between Rossi and Defkalion, because the two do not seem to be on the same "page" so to speak. I think the demo will probably be held.

The simple truth is that Defkalion seems to be way ahead of Rossi. Defkalion may be launching a one megawatt reactor built by Rossi in October, but they have already built their own reactors and systems. In fact, Defkalion claims that the Greek government tested their products the first ten days of July, and the results of the testing will be posted, "very soon."

Andrea Rossi has announced that he had a meeting with NASA about the E-Cat (Energy Catalyzer) technology. He first reported this meeting during an interview with a representative from the E-Cat Report website. The following is his comment.

The management team of both Defkalion and AmpEnergo will meet on the 14th July (2011) together with NASA for an important discussion regarding the research and business development around the E-Cat. After the initial meeting with NASA, Defkalion GT and Ampenergo will sit down and develop a joint program for the introduction of the E-Cat as a main energy source to the world.

Days later a user posted a question about the meeting on his blog. Rossi responded and confirmed the meeting took place. The following is the question that was asked, and the response.

Today there was a meeting with NASA about your invention. Is it possible to give some information about this meeting? If it is not possible no problem!
I'm just very curious.

Dear Martin:
I am not authorized to give this information.
I can only say that there is really to learn.
I met extremely high level scientists. I have been really surprised and honored to discover that they have got independently throughly information about this technology. All I can say, so far, is that we will work together.

PESN can confirm that the meeting did in fact take place, having played a role in instigating it.

By way of clarification, we should emphasize that the relationship between Rossi and NASA is still tentative and exploratory, and that NASA has not yet validated the E-cat technology.


The Launch is Approaching

The clock is ticking as the October launch of the one megawatt plant nears, followed by a November debut to selected individuals. In addition, a September demo of a 35 kilowatt system may be approaching. The world needs to be getting ready for the launch of this technology. There are lots of things that can be done now to help prepare for the transition from a fossil fuel based economy to a cold fusion based economy.

By preparing now, the world can make the most of the time remaining before the launch. Our world does not have much time left with an impending financial collapse, climate change, and potential black swan events (such as a massive solar flare, asteroid impact, global plague, or other disasters) on the horizon.

Let's hurry and get ready for the E-Cat technology!

What You Can Do