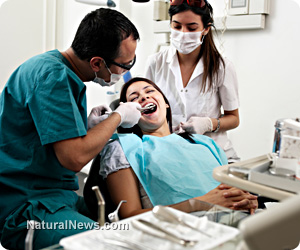 (NaturalNews) Conventional dentists receive a huge percentage of their revenues by scaring patients into a procedure called "wisdom teeth extraction" which is usually medically unjustified. Across virtually the entire industry of conventional dentistry, this dangerous surgery scam is pushed on patients with unethical fear tactics that claim asymptomatic wisdom teeth -- teeth with no symptoms, pain or problems -- must be surgically removed "because they are there."

There is no logic or scientific justification for the routine removal of wisdom teeth from the mouth, and when this medically unjustified procedure is pushed onto patients as a source of dental revenue, it subjects patients to unnecessary health risks that can literally endanger their lives.

Case in point: Meet Kristen Tavares, 23, of Hilo, Hawaii (see photo on the right, below). This mother of two young children is now in a coma after something went wrong with her wisdom teeth removal.

"For the second time in three months there has been a dental tragedy in Hawaii. This time it's a young mother of two from Hilo on life-support. She'd gone to a dentist to get her wisdom teeth pulled and never woke up," reports Hawaii News Now: 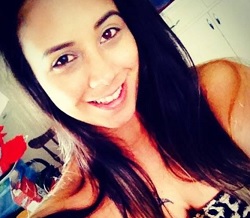 She went in to have all four wisdom teeth pulled at a dentist's office in Hilo, but something went wrong... She was eventually flown to Maui Medical Center where family says she's unresponsive and her heart is too weak to do medical procedures.

Risk of death for a medically unjustified, moneymaking dental scam

The real tragedy in this is that Kristen Tavares is a victim of a revenue-generating dental procedure that is often little more than a moneymaking scam. With few exceptions, nearly all the wisdom teeth extraction conducted across the dental industry is medically unnecessary and ethically compromised. Dentists are taught that wisdom teeth "must be extracted because they are there" -- a highly irrational, illogical stance that puts patients' lives at risk for no good reason.

Dentists are further taught to use scare tactics on patients in much the same way that cancer doctors use scare tactics to convince people to submit to high-profit chemotherapy (using drugs sold at huge profits by the cancer clinics themselves). Such scare tactics include authoritative sounding claims like, "If you don't have all your wisdom teethextracted, you will suffer teeth crowding and experience extreme pain."

It turns out that in most cases, these scare tactics are little more than lies.

Health Ranger: "Doc, get your hands off my wisdom teeth!"

I know all this firsthand because I walked out of a dentist's office after he tried to force me into wisdom teeth removal surgery.

And yes, I have ALL my wisdom teeth to this very day, and as you can see from my numerous photos and videos, I have no teeth crowding and have never experienced any pain whatsoever from my wisdom teeth.

A dentist, however, tried to convince me that if I didn't have my teeth surgically removed, I would suffer all sorts of problems with my mouth, including misaligned "ugly" teeth and severe pain.

These were all malicious lies, of course, and they are told to patients every single day across America by dishonest, unethical dentists who care more about their own profits than the safety of their patients.

With their insidious scare tactics, dentists put the lives of innocent people are risk every single day for no reason other than making money. Here are some other victims of wisdom teeth extraction surgery turned deadly:

• Portland, Maine: "A teenager died days after having his wisdom teeth removed sending his community into shock," reports CBS News. "On Friday night, two days after the surgery, his condition deteriorated. He awoke in the early morning hours Saturday and, soon after, died in his mother's arms," adds the Maine Sunday Telegram. 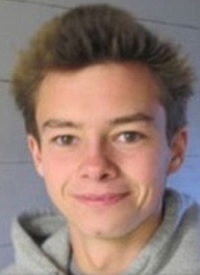 • "Talented teen musician died in his mother's arms three days after routine wisdom teeth extraction," reports The Daily Mail. "A talented high school musician has died suddenly in Maine, just three days after having surgery to remove impacted wisdom teeth. Benjamin Edward LaMontagne died in his mother's arms in the early hours of Saturday after his condition started to deteriorate after the routine procedure." (See his picture on left.)

• "The family of a 24-year-old California man who died unexpectedly after having had his wisdom teeth removed is questioning the medical care he received during the routine oral procedure," reports ABC News regarding yet another wisdom teeth surgery death:

His condition quickly deteriorated and he was transferred to a hospital, where he died three days later. His family and friends have questioned the treatment he received from Dr. Steven Paul, an oral surgeon in Temecula, Calif.

"What's most shocking is the healthy 24-year-old goes in for an operation as routine as having his wisdom teeth removed and dies in the process," Tony Keiser, a friend of the Lapinski family, told ABCNews.com. "It's inconceivable."

People are dying from an unnecessary dental procedure

If these were lifesaving procedures, the risk/reward calculation might be justified, but in most cases these are completely unnecessary, unjustified procedures pushed onto patients for the sole purpose of generating revenues for dentists.

In many patients, there is no benefit whatsoever from wisdom teeth removal, and yet the risk of complications and death is unacceptably high. The only "reward" for many of these procedures, it turns out, is that the dentist gets to bill an insurance company for the procedure, claiming the teeth were "impacted."

But even this term is often a lie. Dentists can and do use the term "impacted" to simply describe teeth which are touching each other.

This alone seems to be sufficient for them to engage in wildly invasive, risky surgeries that can literally kill people.

Had I allowed my former dentist to surgically remove my wisdom teeth, I might not even be alive today. Thank goodness I have the personal strength and courage to say NO to dentists and walk out when they are putting my life at risk. To this day, I not only have my wisdom teeth, I also have the spiritual wisdom to know when dentists and doctors are trying to pull a fast one on me so they can pad their own pockets.

Learn to say NO to scamming dentists and doctors

In a medical context, the single most important word that can save your life is, "NO!"

Learn to say NO! to dentists.

Learn to say NO! to doctors.

Do not be seduced by their insidious, unethical fear tactics which are nothing more than marketing strategies to make you feel vulnerable so you will submit to their false authority.

Every surgical procedure carries a risk of death. Doctors and dentists tend to gloss over all these risk and minimize the extreme damage their procedures cause to your tissues and health. If a doctor tells you, "You'll be out of the hospital in 2 days and fully recovered at home in a week," you should probably assume you'll need a month to recover if you survive the procedure at all.

People really do die every day on the operating table, including for procedures like bariatric surgery (gastric bypass surgery). According to a study published in the journal Nature, nearly 1 out of 20 patients undergoing bariatric surgery is dead within a year!

Finally, I'm not saying that all surgeries or wisdom teeth extraction procedures are unnecessary. There are times when surgeons save people's lives from extreme trauma (automobile accidents, chain saw accidents, construction site accidents, etc.). But surgeons and dentists are NOT in the business of fully educating patients about the risks of their procedures. Otherwise, far more people would say "NO!" and they would lose business.

If you want to understand the risks of any procedure you might be considering, you need to do your own homework and rely on yourself -- not your doctor or dentist -- to research the full risks involved.

The more you learn to say NO to surgeries, prescription drugs and mercury vaccine shots, the longer you will likely stay alive.