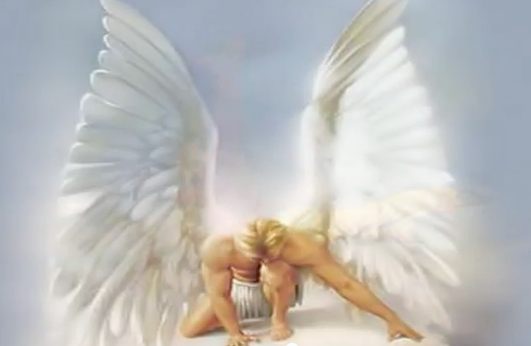 Note: This story is VERY important because it provides high quality audio evidence for Angels.  Not only did a small boy see the Angel but it was recorded in High Definition on the equipment that day.  Never before has an Angel been recorded on such good equipment and so clearly.  While this Angel was singing, everybody felt the strong presence of God there.  I urge you to share this on all social networks to send the truth VIRAL so people can learn the truth - God is REAL and the only thing that really matters!   If you are a truth warrior of any kind, please Friend Me on Facebook and watch the first video on www.project.nsearch.com, it's an anointed reading of the word of God by a Holy man that has power to change lives!  God uses this Holy man to bring healing and gifts of the Holy Spirit!

In the first video, a member of Jason Upton's band describes exactly what happened that day when Jason Upton sang with a 12 foot Angel.   I will summarize some of this information for those that just want to hear the Angel singing first!

Jason Upton and his band were engaged in concert/worship at a college auditorium in Alexandria, Louisiana, when a miracle happenned while Jason was totally consumed by the Holy Spirit, as so often he is. I'll summarize the testimony of Michael, a band member, below that I heard and watched on a video of his testimony on youtube:

Michael, one of Jason's band members, was checking the sound tract equipment recording the concert, when he looked up at the ceiling and saw fog floating around. He figured it was the condenser in the air conditioner creating it. He turned around and asked the janitor what the stuff is floating around the ceiling. The janitor didn't know and stated that there are no pipes up there. A Holy fear came over Michael and immediately lead him to hide under the soundboard. He felt so much God that he knew something was going to come through. All of a sudden, a boy came to Michael while Mike was under the soundboard and, in a very loud voice, told Michael that there was a 12 foot angel with wings on the stage standing directly behind Jason. As I understand it, only the boy could see the angelic apparition. Mind you, also, that Michael or the band members were not singing, as one was under the soundboard and the other was on stage, but not singing himself. Jason was singing the prophecy the Holy Spirit was giving him, and thus, the gathering was not singing, as well.

Here's the testimony that explains what happened that day when Jason Upton was caught up in the spirit of God and the other band members began hearing an angelic voice that was being recorded on their equipment!

Hear An Angel Recorded on tape clearly for the first time in history!

Here's the recording from that day.  You can CLEARLY hear the angel singing with Jason!  No other band members were singing!   Nobody in the audience was singing.  The singing of the other voice starts softly at about the 2:30 mark but listen to the entire song.  It's one of the most beautiful songs I've ever heard.  As the song goes on, the singing of the Angel gets more and more pronounced.  When Jason began singing, a little boy came back to the sound guys and told them there was a big Angel behind Jason!  They began hearing a second voice and saw that their sound equipment was picking it up as they were recording!  I know some of you want to hear the Angel so listen to the performance now and I'll continue the story after the video.  It will give you chills!

Michael came out from under the soundboard and looked at the recorder and it was clearly recording the vocal harmony, but only Jason was heard to be singing some words on stage that made no sense --"ahda daah (sp) (these words, however, did not come out on the segment played on the video...at least I can't hear them...I tend to be a little deaf, LOL) . Michael said to himself that if the harmony is on the recording when he plays it back, he was going to come out of his skin! He then look up at Jason and Jason's eyes were rolled back into his eye sockets, while teetering back and forth and totally caught up by the Spirit".

After the concert/worship, Jason and Michael went back to the dorm for the evening, as Michael roomed with Jason. Jason, still feeling "in the Spirit" said that his body members felt very tingly. Michael said Jason was still high in the Spirit and laid on the bed with his clothing on and fell asleep for the night.

The next morning Michael went back to Nashville and played the recording back. Low and behold, a perfect angelic harmonious voice came through and absolutely floored Michael! The engineer at the studio said he thought it was just a psycho acoustic anomaly and walk away, dismissing Michael's amazement. Mike told the engineer to come back and sort out all the channels, and sure enough, on one of the channels, the engineer said that it sounded like some 12 foot person was singing harmony behind Jason (of course the engineer did not know what he was saying at the time when he made the "12 foot" comment). Michael said to the engineer, "I knew it was an angel", laughing for Joy! Furthermore, come to find out, via later emails, "ahda daah' (sp) was the Malawi language for "Come to the Table"!

Please share this information with others.  God is REAL and so are his Angels.  All God cares about is saving souls!  Always remember this and understand everything you've been told on TV, Movies, and school is to make you doubt him because satan controls these aspects of our world.

Around 1987, a group of seven (7) people went to clean a church in Kansas City, Kansas to prepare for a Christian revival. As they were cleaning the church, they began to sing Capella (Hallelujah without instruments), and a man came into the church with a small tape recorder and taped their music. He just bought a brand new tape, and he began to tape their singing because it sounded so beautiful. After he recorded it, he played it back and discovered thousands and thousands of angels singing harmoniously with the seven. The angels had instruments, but the seven human people did not. The tape recording of this type is known as an EVP (Electronic Voice Phenomena). The sound was so awesome, they had it inspected (analyzed) by scientists at Oral Roberts University, and they concluded the voices were not human and the instruments were not earthly.

Saved By Real Angels - Miracle Healing after man crushed in half.  Nobody ever lived from this type of injury!  His intestines grew which is medically impossible but not for God!  The intestines that grew back were better than normal intestines!  His spleen regenerated!  His pancreas regenerated!  God is the miracle worker!

US Marine Saved From Hell by an Angel! 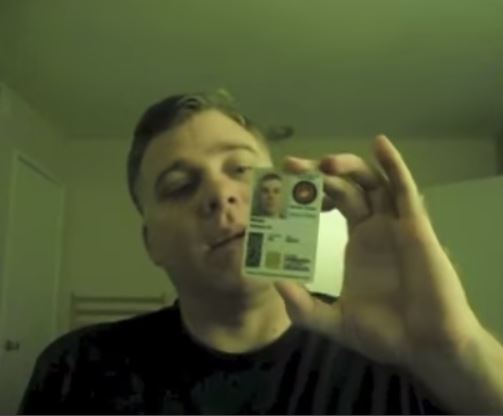 US Marine Goes to Hell and Returns with an Incredible Story!  Please recommend and share!

Shawn Weed is a Marine vet who has the most incredible testimony about hell I have ever heard!   Shawn was in the Marines and was clowning around with a bunch of friends when tragedy struck.  One of Shawn's friends in the Marines had convinced Shawn to pretend he was hanging by a noose for a picture.  What Shawn didn't realize was that another friend had snuck up from behind and suddenly tightened the noose as a joke!  The noose was so tight they couldn't get it off! Shawn quickly passed out and found himself outside of his body while his friends thought he was only pretending to be dead!   For over 8 minutes Shawn's body was clinically dead and that's when his incredible journey to hell took place.

Shawn is a good ole southern boy from Louisiana and his story will make you laugh and cry too because he's a great storyteller with an amazing level of detail I really enjoyed.  He's the kind of guy you would like to get to know!  In fact, I went to college in Louisiana with a guy very much like Shawn.

Shawn put out this amazing video because he doesn't care if anybody ridicules him.  He knows his trip to hell and back were absolutely true and it changed his life forever.  This world we live on is really just a test to see where you go when you die.  Just because you say you're a Christian or even if you believe in Jesus Christ does not get you to heaven.  Average people who live in the world will not go to heaven.  As Shawn states, there are a lot of good people in hell that rejected living a truly Christian life for God.  We all can do better!

I hope that it will impact you as it did me.  If so, please share it with as many others as possible so others may know the truth!  Start a chain reaction for God and allow the Holy Spirit to save more souls!