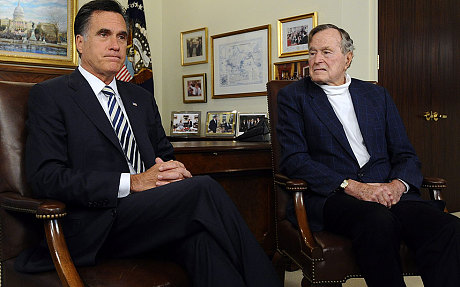 This amazing interview was censored by all fakes in alternative media who protect and hide the crimes of the Zionists who run these sacrifices.  Stew Webb has proven these Illuminati sacrifices happen in Denver Colorado!

US Intelligence sources have reported to Stew Webb shocking information about a plot between the Bushes, Mitt Romney, Hillary Clinton and Obama to stop a Donald Trump Presidency!

Stew Webb's sources have confirmed a meeting today (6-9-16) between Mitt Romney and the Bushes plotting starting a race war to blame Donald Trump in their controlled media.  Anybody with an IQ over 50 can easily see they are already blaming Donald Trump for being racist so this is the card they plan on playing for the remainder of the election season.

They cannot have Donald Trump win because then he will prosecute the Bush Clinton crime syndicate, confiscate well over $100 Trillion in fraud as already identified and proven by Stew Webb.  This wealth confiscation would easily pay off the national debt and begin the process of rebuilding America and establishing a true Justice system not a fake one stacked with crooked judges appointed by the Bushes and Clintons over the last 30 years!

Hillary Clinton has now been identified as being tied to the new ERAD (Electronic Recovery and Access to Data) machines now being used to scan Credit Cards and Bank Debit cards and steal all your money.  Then the victim who has all their money stolen must go to court and prove the money is legally theirs!   See all the info on this disgusting system tied to Hillary and Obama here.

Stew reports Sorcha Faal puts out a lot of truth for Russian Intelligence and this is what is being reported on the Sorcha Faal site about Hillary being tied to stealing money from mostly blacks and minorities who are always primarily targeted by police.  This is a huge story that must be sent viral.  Hillary Clinton has now been caught red handed stealing from the very blacks she depends on to give her the white house!  If her base finds out about her being tied to these money stealing machines being used by police, it's over for this criminal!

An absolutely stunning Foreign Intelligence Service (SVR) report circulating in the Kremlin today is alleging that American presidential candidate Hillary Clinton is behind the rollout to US police departments of a new computer scanning device that allows police officers to immediately seize all the money from the bank debit cards of millions of poor American blacks and keep it for themselves unless these victims can prove they have a legitimate reason to have their own money—but will not affect the wealthiest people in the US who use credit cards.

According to this report, SVR criminal analysts deciphering the Panama Papers discovered this massive crime against America’s poorest citizens by tracking the multiple links between some of the world’s most notorious criminals, Bill and Hillary Clinton, and the Clinton Foundation—and described as the illegal money raising apparatus for the Clinton’s that goes under various names including the Clinton Foundation, Clinton Global Initiative, Clinton Health Access Initiative and the William J. Clinton Foundation.

As of 2015, this report continues, the Clinton’s through their many foundations have gained for themselves a staggering $3 billion, and that even today one of the leading independent groups that track charities – Charity Navigator – has been unable to determine where these billions of dollars went and says it has “determined that this charity's atypical business model cannot be accurately captured in our current rating methodology.”

In spite of Hillary Clinton having already amassed billions in wealth, however, this report notes, in 2011 she began her latest criminal scheme to steal from the black peoples of America when she was Secretary of State and had forwarded to her illegal private email server a US Immigration and Customs Enforcement (ICE) document titled Mobile Payments and the Global Remittance of Funds written by one of America’s most secretive computer experts named T. Jack Williams. [Note: Virtually unknown to the America people, Russia retains in its possession all of Hillary Clinton’s emails the SVR obtained from her private server.]

T. Jack Williams, this report explains, is credited with creating and implementing the world’s first electronic gift card program, as well as the launch of the successful Blockbuster Visa co-branded credit card, and the 50 million members Universal Membership Loyalty Card and is the president of Paymentcard Services, Inc. that was established in 2009 and incorporated in Texas and “employs a staff of approximately 1”.

After reading T. Jack William’s report to ICE, though, this report continues, and as the Panama Papers document, Secretary Clinton, in 2012, through her Clinton Foundation, enabled him to create a company called  ERAD Group, Inc. that was immediately awarded a prime development contract to provide the US Department of Homeland Security, Advanced Technology Directorate, with a prepaid access card reader solution to process prepaid debit cards at time of arrest.

And even though the US Department of Homeland Security paid T. Jack William’s and Hillary Clinton’s new EARD Group company to develope this access card reader, this report notes, this year they, instead, began licensing it to local American police departments—and as evidenced by the contract T. Jack William personally signed with the State of Oklahoma on 3 April 2016.

Most insidious about this T. Jack Williams-Hillary Clinton contract signed with the State of Oklahoma, this report explains, is that aside from the State having to pay the ERAD Group $5,000 for the software and scanners, they then have to pay the ERAD Group 7.7 percent of all the cash their police forces seize from the poorest Americans bank debit cards—the majority of whom are black—and which the Washington Post commented on by saying: “Sorry, but that sort of arrangement is shady. As we’ve seen with traffic cameras, private probation and other areas of criminal justice, giving a private company a cut of seized assets is an arrangement rife with bad incentives and ripe for corruption.”

SVR analysts in this report concur with the Washington Post’s assessment of this corrupt scheme allowing T. Jack Williams and Hillary Clinton to steal from the poorest citizens of America and further note that the America Civil Liberties Union (ACLU) has, likewise condemned this practice by stating: “Police abuse of civil asset forfeiture laws has shaken our nation’s conscience. Civil forfeiture allows police to seize — and then keep or sell — any property they allege is involved in a crime. Owners need not ever be arrested or convicted of a crime for their cash, cars, or even real estate to be taken away permanently by the government.”

And in, perhaps, her greatest show of arrogance and contempt of America’s poor black people she is now profiting from by stealing their money with her partner in crime T. Jack Williams, this report concludes, Hillary Clinton has now been shown wearing a $12,495 Giorgio Armani coat during a speech she gave recently while addressing the topic of income inequality—which is, by definition, the most racist thing any American politician has done in modern times.