EIGHT WAYS TO OPT OUT OF OBAMACARE 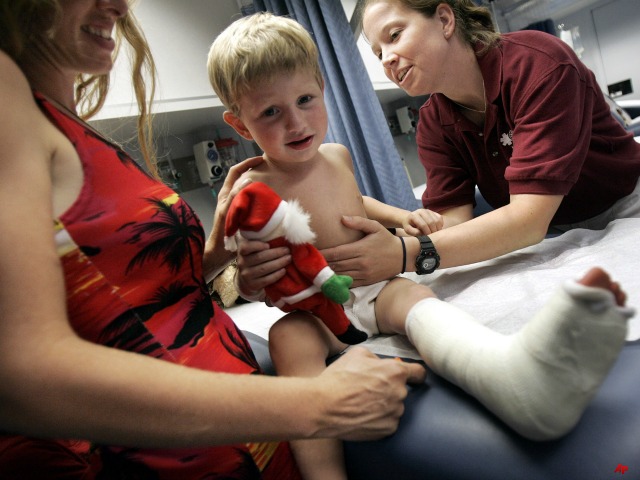 With the deadline to sign up for Obamacare having come and gone, many Americans have decided to “opt out” of President Obama’s signature health care reform law, choosing instead to pay the $95 penalty for sidestepping the individual mandate.

“For many Americans opting out of Obamacare is the best decision they can make, but it's important that they do it the right way—just refusing to buy health insurance and not having another way to pay for catastrophic medical expenses is a mistake,” Sean Parnell, author of the newly-released The Self-Pay Patient, told Breitbart News. “People who want to opt out should be looking at alternatives to conventional health insurance, such as joining a health care sharing ministry or purchasing a fixed benefits policy."

Parnell also strongly advises Americans against opting out and simply paying the “list” price for medical visits and prescription drugs without shopping around, or by relying solely on the local hospital emergency room for routine medical care.

“This approach leaves people who opt out vulnerable to sky-high medical expenses at inflated ‘list’ or ‘chargemaster’ rates, and can result in an inability to obtain needed care because of cost,” Parnell writes on his blog, selfpaypatient.com.

Instead, Parnell recommends the following eight options for those who have opted out of ObamaCare:

1. Join a health care sharing ministry, which are voluntary, charitable membership organizations that share medical expenses among the membership.

Parnell states that Samaritan Ministries, Christian Healthcare Ministries, and Christian Care Ministry are open to practicing Christians, while Liberty HealthShare is open to those who are committed to religious liberty.

Healthcare sharing ministries “operate entirely outside of ObamaCare’s regulations, and typically offer benefits for about half the cost of similar health insurance,” says Parnell. “Members are also exempt from having to pay the tax for being uninsured.”

“These policies usually last between one and 11 months and are not regulated under ObamaCare, and, therefore, don’t offer the same high level of benefits that can drive up costs,” writes Parnell.

“These policies pay cash in the event you are diagnosed with cancer, spend a night in the hospital, or need some other medical treatment,” Parnell says. “They cost a fraction of what health insurance costs under ObamaCare, and by giving you cash directly you aren’t locked in to any particular provider network.”

Parnell also recommends maxing out medical and uninsured/underinsured driver coverage amounts under an auto insurance policy, which can help pay for medical bills in the event of injury in an auto accident.

Once major medical insurance is arranged, Parnell suggests shopping around for health care providers and services.

4. Visit cash-only doctors and retail health clinics for primary care. If you usually visit a doctor more than a couple times per year, consider joining a direct primary care practice which will give you access to nearly unlimited primary care for a modest monthly fee.

6. Use generic prescription drugs whenever possible, and compare prices between pharmacies. Less expensive options are sometimes available at large chain pharmacies such as Walmart and CVS, and online sites such as GoodRx.comand WeRx.org allow patients to view the best deals on medications.

7. For surgery, Parnell recommends going to a facility that offers up-front “package” prices for self-pay patients, such as the Surgery Center of Oklahoma and Regency Healthcare, where prices are typically much less than what is charged at most hospitals. In addition, sites such as MediBid, where doctors bid on providing your surgery or treatment, will often yield substantially less expensive costs coupled with high quality medical care. Yet another option is to become a medical tourist.

8. When a hospital visit becomes necessary, Parnell suggests working with amedical bill negotiation service to get the best price available rather than accept the wildly inflated “chargemaster” prices, usually three to five times more than what insurers pay for the same service or treatment. Patients who wish to negotiate on their own will likely need to put in a significant amount of time and effort, but can use the Healthcare Blue Book or Pricing Healthcare as a starting point to help them find out what insurers are paying for medical services.

“Many Americans say they would prefer free market healthcare, and they don't have to wait for Congress to repeal, replace, or reform Obamacare to have that,” Parnell told Breitbart News.

“Simply by opting out and doing things like visiting cash-only doctors, becoming a medical tourist, shopping around for the best prices on prescription drugs, and obtaining an alternative type of coverage they can enjoy all the benefits of free market healthcare today including access to affordable, quality care and getting government and insurance company bureaucrats out of the doctor-patient relationship.”