FDA Pushing To Regulate Homeopathy Out of Existence 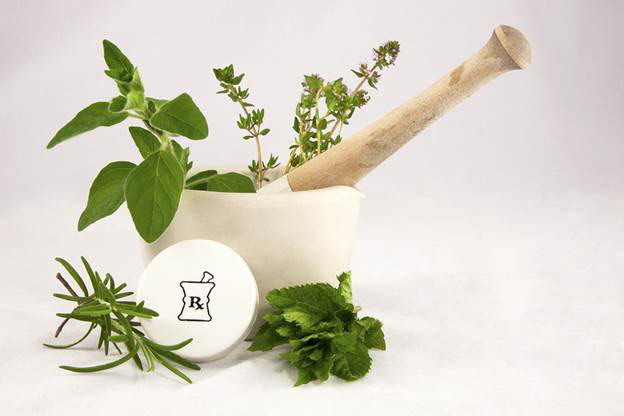 Why is there a sudden push by the FDA to label homeopathic remedies as dangerous? Why is there a need to regulate substances that have been used for hundreds of years with out any issues? What does the FDA have to gain?

On March 19, 2015 the FDA published an advisory (called a "safety alert") about homeopathic asthma OTC medications, recommending that patients be wary, and that health care practitioners be sure to report any adverse effects to the FDA. Here is the link to that safety alert:   http://www.fda.gov/Safety/MedWatch/SafetyInformation/SafetyAlertsfo...

The FDA has since that date scheduled public hearings on

What's the rush? Homeopathic remedies have been in use since they were first introduced to the United States in 1925 by Dr. Hans Burch Gram. Textbooks by the founder of Homeopathy, Samuel Hahnemann, were available, but only in German until 1835. The practice of homeopathy spread throughout the USA because doctors found it to be so much more effective in their complex and unresolved medical cases. Homeopathic medicines have been accepted in the Homeopathic Pharmacopeia of the United States (HPUS) and regulated under a document called CPG Sec. 400.400, Conditions Under Which Homeopathic Drugs May be Marketed. These conditions have been unchanged for the last 40 years.

Why, suddenly now, are we wanting to change the manufacture of these remedies? Why such a push to label homeopathic remedies dangerous, when they have been around for over 200 years without any problems?

Cui bono? The Merriam-Webster online dictionary defines this phrase: "a principle that probable responsibility for an act or event lies with one having something to gain". Who stands to gain from destroying the manufacturers of homeopathic remedies?

A sentence in the most recent version of the 400.400 document with regards to FDA regulation of homeopathic medicine may provide a clue.

"Until recently, homeopathic drugs have been marketed on a limited scale by a few manufacturers who have been in business for many years and have predominantly served the needs of a limited number of licensed practitioners... Today the homeopathic drug market has grown to become a multimillion dollar industry in the United States, with a significant increase shown in the importation and domestic marketing of homeopathic drug products."

This document, outlining the conditions under which homeopathic drugs may be marketed, is undated, and was downloaded on 03-26-15. http://www.fda.gov/ICECI/ComplianceManuals/CompliancePolicyGuidance...

In 2013, IBISWorld estimated revenue from homeopathic medicines of $363 million with an annual growth rate projected at 7%. http://www.ibisworld.com/industry/homeopaths.html

In 2015, Vox Media wrote that Americans spend $3 billion on homeopathy. Curiously, that article also concluded that Americans were wasting their money on ineffective treatments. http://www.vox.com/2015/3/11/8190427/homeopathy

The Australian government published their findings on the lack of efficacy of homeopathy in March 2015. https://www.nhmrc.gov.au/_files_nhmrc/publications/attachments/cam0... .

They just released a statement re-iterating the ineffectiveness of homeopathy on March 15th, just in time for the FDA's release of the advisory on homeopathics used to treat chronic asthma.

The President of the Australian Homeopathic Association noted the political and non-scientific nature of the attack in a document available online: http://www.homeopathyoz.org/images/news/Open_response_letter_by_AHA...

The letter from the AHA states in part: "We urged the Council to correct this ill-considered stance [from a position paper leaked in 2011 12 months before the report was published, that it would be "unethical for medical practitioners to treat patients using homeopathy" because homeopathy "has been shown not to be efficacious"], which revealed a disregard for the principles of empirical scientific research and a subsequent abuse of the power and influence of Australia's leading medical science research organization [stet] in relation to homoeopathy."

It is to be noted that their National Health Minister, Sussan Ley, declared that as of March 2015 the Australian National Health Service would continue to provide coverage for homeopathic treatments in Australia.

So what is so bad about energized water? Why such a huge flap? Does this not seem like a massive over-reaction, an abreaction to something that seems on the face of it to be considered either innocuous or ineffective? Why are we branding it as dangerous, if it's just energized water?

People can choose where they wish to spend their money. If they choose something that is not harmful, and that may provide benefit, why should that substance be regulated out of existence? What is not being said? What is being implied without ever actually coming out and stating it?

So... is this just a blip on the radar? Or are we at war? Of course, war has not been declared. But in the opinion of many in the homeopathic community, it would behoove us to prepare.

Martha M Grout, MD, MD(H) graduated from Radcliffe College (Harvard University) and received her medical degree from the Medical College of Pennsylvania. She did a residency in Emergency Medicine at that same institution (one of the first in the country) and became board certified at the first examination in 1980. She spent the next many years doing conventional allopathic Emergency Medicine. She began training in Environmental Medicine and acupuncture in 1997, having reached a clear understanding that without a healthy environment, there is no health of the population or of the individual. Learn more at her website: www.ArizonaAdvancedMedicine.com