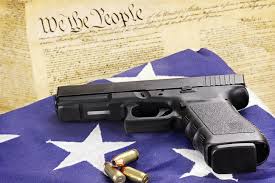 Here we go again. We have another mass shooting at yet another “gun-free” zone. Not only was the location a “gun-free” zone, it was located inside the nation’s capital, which has some of the strictest gun-control laws in the entire country.

I thought gun-control laws and “gun-free” zones were supposed to protect people from gun violence. If one listens to the vast majority of talking heads on network and cable news shows, including Piers Morgan and Joe Scarborough, that is exactly what we are led to believe. But in reality, just the opposite is true. “Gun-Free” zones are actually “Free Killing” zones. And in truth, guns don’t kill people; gun-control laws kill people.

This is the second time in recent memory when some wacko shoots up a military installation. The first killer was a Muslim; this one was a Buddhist. He also happened to be a black man and an Obama supporter. This combination must drive the politically-correct mainstream media and the left-wing extremist hate group, the Southern Poverty Law Center (SPLC), batty. According to these folks, the only people who commit gun violence are angry Christian white guys. But as most of us know, no race or religion or political affiliation has a monopoly on criminal conduct. Unless it’s those miscreants in Washington, D.C., of course.

True to form, the idiotic Washington press corps initially reported that the killer used an AR-15 rifle. To their chagrin, it turned out he used a shotgun. This hasn’t stopped gun-hater Senator Dianne Feinstein from immediately calling for more gun control. And the White House is saying Barack Obama is going to issue some kind of anti-gun executive orders. Leave it to a lame duck Marxist President to try to bypass Congress and ignore the overwhelming majority of the American people (including Democrats) who have made it clear they are in no mood to accept any additional gun control.

It was only a few days ago when two liberal anti-gun legislators who spearheaded the drive for egregious gun-control laws in the State of Colorado were recalled from office. And they won’t be the only ones. Come next year, there will be a host of anti-gun legislators all over the country who are going to be given their walking papers by their respective electorates. The only states where it is safe for politicians to promote gun control are socialist states such as New York, Massachusetts, and California. By and large, the American people have had all of the gun control laws they can stomach. They have drawn their line in the sand. They are not only voting at the ballot box, they are voting with their pocketbooks. Gun manufacturers and retail stores cannot keep up with the demand for guns and ammo. Even .22 rimfire ammunition is as scarce as hen’s teeth.

Mind you, this DC killer had passed at least two background checks by the US military; he had what is called a “secret” clearance; he was given an honorable discharge from the United States Navy; he had been awarded the Global War on Terrorism Service Medal and the National Defense Service Medal. Born and raised in one of the most anti-gun cities in America, New York City, the man was given a rifle permit by the New York Police Department. So, pray tell, please explain how any existing gun-control laws--or any future gun-control laws--would have been able to prevent this guy from doing what he did?

In fact, the gun-control laws that Obama, Feinstein, et al, are clamoring for are the very laws that contributed to the deaths of those 12 innocent victims. Had these victims been allowed and encouraged to carry their own arms for self-defense, the death toll would doubtless have been much less. But this is the same story in every single one of these mass shootings. The perpetrator knows he is entering a “gun-free” zone and none of his targets will be able to shoot back. I repeat: guns don’t kill people; gun-control laws kill people.

Our Constitution recognizes the organic right of free people to serve as self-defenders. The Militia of the several states is comprised of every able-bodied man and woman (excepting conscientious objectors) within the State. And each man and woman is recognized as having the responsibility to: 1) be personally and adequately armed, 2) be adequately trained and skilled in the use of arms, and 3) be expected to defend themselves and others from attack when necessary.

Furthermore, if Mr. Obama attempts to circumvent Congress and enact gun-control measures via executive order, it is the duty of the US House of Representative to immediately issue articles of impeachment against him. It is past time for these so-called conservatives in the GOP to grow some man stuff and start taking their oaths to the Constitution seriously. It is when the legislators in Washington, D.C., and in the respective states refuse to protect the liberties of the American people that the people themselves must protect their liberties.

I think I speak for millions of Americans when I say I have had it with Obama, Feinstein, Scarborough, Morgan, and the rest of these would-be tyrants who want to strip us of our Natural right of self-defense--and that includes the right to defend ourselves from our own government.

At this juncture, let me inform readers that a brand new documentary film is about to be released to the public. The film is called “MOLON LABE: How The Second Amendment Guarantees America’s Freedom” produced by James Jaeger. This is the same man who produced the outstanding film released a few years ago called “The Spoiler.” MOLON LABE features such outstanding freedomists as Ron Paul, Pat Buchanan, Larry Pratt, Alex Jones, Stewart Rhodes, G. Edward Griffin, and Edwin Vieira, Jr. And, yes, I am in the film also. The film is scheduled to be rolled out next month. Whatever you do, be sure to watch this film and encourage everyone you know to watch it. Never has a film been more timely or more necessary.

By the way, MOLON LABE means “Come and take them.” This is what Spartan King Leonidas said to Persian King Xerxes at the Battle of Thermopylae when he was told to lay down his weapons.

To learn more about the film, go to:

Plus, it is not too late to become a sponsor of the film. Your donation could help awaken hundreds of thousands of Americans to the importance of the Second Amendment and its relevance to us today. Watch the trailer then consider becoming a sponsor.

Once again, the government’s denial of the people’s right of self-defense has led to the untimely deaths of a dozen innocent Americans. So, I say again: guns don’t kill people; gun-control laws kill people.