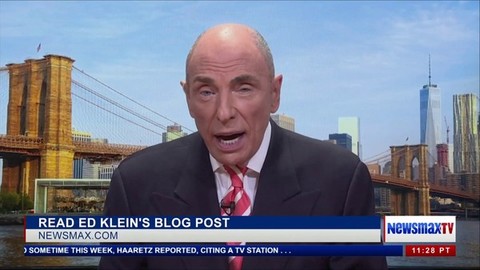 This is a good version to share I just made!  Send to Trump!  "When We Said Lock Her Up, We Weren't Asking!"

As I write this story, I'm practically shaking with rage!  The day I feared it seems is almost here - the day Hillary Clinton gets off without even a slap on the wrist!  You're not going to believe this!  Alex Jones is not even covering this yet!  Get it out!

NewsMaxTV is just reporting in this video that Hillary has been offered a plea deal by top DOJ officials!   You aren't going to believe how outrageous it is!     In this plea deal, Hillary signs a piece of paper saying she broke some laws with her emails and in exchange the DOJ say they won't prosecute her for it!  Oh, but it gets much worse!  They also say that they won't look into any of the fraud by the Clinton foundation and all the illegal funds that came to her husband also!  So in other words she gets by off without even a slap on the wrist and she'll be ready to start the HildaBeast 2020 campaign!    What a total joke!   I'm so angry about this!

"Under the Justice Department's plea offer, Hillary would be required to sign a document admitting that she committed a prosecutable crime. In return, the DOJ would agree not to bring charges against Hillary in connection with the email probe."

Also as part of the agreement, the Justice Department would not proceed with an investigation of Hillary's pay to play deals with foreign governments and businessmen who contributed to the Clinton Foundation or who paid Bill Clinton exorbitant speaking fees.

The Clinton attorney cautioned that normally a plea is offered by a prosecutor only upon arraignment, and Hillary has not yet been charged with any crime."

I'm asking every patriot to spread this video and tweet to Trump that this is NOT acceptable!  @realdonaldtrump @potus

Hell no to this plea deal!  This is not why we voted for Donald J. Trump!  Mr. President, we voted for you because you said you would put her in jail where she belongs!  Now you have a wimpy Attorney General more concerned with people smoking marijuana than prosecuting the Bush Clinton crime syndicate that has destroyed this country with TREASON ever since they killed JFK!

Tweet @realdonaldtrump and @potus "Hell No to Hillary Plea Deal!  Keep Your Promise!  Lock Her Up!"

He promised to Lock Her Up and now she gets off scott free?   She'll probably become President in 2020 I guess and then put all of us who made sure she lost in the FEMA camps!  If you make a mistake on your tax return they'll put you in jail for 10 years!  Hillary can steal billions and commit treason and doesn't even get in trouble!  The DNC can be seemingly tied to the murder of Seth Rich and no investigation at all!   Hillary can keep her billions in ill gotten gains even though she got it all by grifting?  Is that really what America stands for now?  If so, this country is a total JOKE and I'm ashamed!

This country dies if patriots don't express their outrage at this plea deal!   Jeff Sessions IS compromised or bribed as was shown by Judicial Watch in this video.

Jeff Sessions PROVEN to be Compromised by Tom Fitton!   He's Covering Up for Deep State through redactions!

NewsMax usually puts out some pretty good stuff so I'm sure this report is very accurate.  Nobody knows about this yet though because NewsMax is terrible at marketing their Youtube channel.  It only has 352 views as of the time of this article!   Get this out through all available means!   Since Alex Jones likes to brag he has the ear of the President we should demand Roger Stone and he start a nationwide campaign to say "Hell No to the Plea Deal!"   In the meantime get the story out and send it to Alex at showtips@infowars.com and let's see if he mobilizes his 20 million man army of sits this one out!

Russian Device Cures Disease Like Something Out Of Star Trek!

High pH Water, Pure Air and everything else for a green, pure home!