Howell Says CIA Did Orlando Shooting And Would Kill Him! 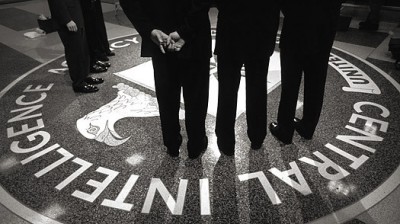 Youtuber finds a clue!  James Howell's Facebook page said he works for the CIA!  Did Howell  leave this clue to be found in case he was setup by the CIA?  Howell told police he would be killed by the CIA since they killed Omar!

I feel this is the most important piece of the Orlando shooting puzzle and this must go viral and be investigated right now before more people are killed!  This entire Orlando shooting thing stinks.  I still don't have ironclad proof proving people got killed or not but one thing is clear, the official story is completely bogus and the government is 100% involved!  It's a false flag for sure with all the evidence we have now.  We know there were multiple shooters, we know the Fake News covered up all the witnesses who saw or heard multiple shooters.  We know Omar's father was some type of CIA asset.  We know Omar worked for DHS.  We know for sure, people were filmed carrying wounded TOWARD the Pulse nightclub and not away from it.  We know for sure articles were written before the event and Google proves it!  Some of the people interviewed seem to be acting.

I can't say 100% nobody died because they might have really killed people but this last piece of the puzzle is the key because now we have a guy claiming to be working for the CIA and part of a planned attack on both coasts against gays!  We know they pushing gun control hard again so to me there is no doubt at the very least this was allowed to happen and at the worst it's all fake like Sandy Hook proven by the FEMA drill photos Jim Fetzer but censored entirely by Alex Jones.

I knew when I first heard about James Howell being picked up on his way to kill people at the Gay Pride parade in Santa Monica something seemed super fishy.  The guy fit the mold of who they usually get to do the shootings - single white guy and they pick up just about 6 hours or so after Orlando?  Seriously?    Well you're not going to believe this next piece of the puzzle.  It's like something out of a spy movie!   There is now a report surfacing that will rock the entire alternative media community when it goes viral!

James Howell Claims CIA did Orlando Shooting and were working with him to attack gays in Santa Monica with bombs!

A website, Get Off the BS, claims exclusive information given to them by two Santa Monica police officers who are now  gagged from talking about the arrest of James Howell and what he told them!  The police officers claim James Howell told them he worked for the CIA and was part of a plot to attack gays on the East and West Coast.  Howell tells them things had gone bad and they killed the leader of the Florida attack who he named as Omar before this was even known!   Howell said Omar and Brandy were supposed to get away!  Howell claimed the CIA was supposed to meet with him late Saturday night to give him more weapons and chemicals to mix with the Tannerite he had in his car for his mission attacking the Gay Pride parade in Santa Monica!  Before the officers could question Howell further, LA FBI swooped in and took over the case!  Santa Monica detectives never talked to him again!  Just like a spy movie the Feds come in and stop the investigation just as it was getting interesting!

Here's what is being reported!  This must go viral because the fakes (Alex Jones, Drudge) will NEVER report this!

The real truth of the story was released to a former Los Angeles County prosecutor who works for Get Off the BS by two Santa Monica police officers that have been issued gag orders under threat of Federal prosecution for talking further talking about the incident.

According to two department sources, Howell called the Santa Monica police on Sunday morning claiming that he needed protection from the CIA. Howell further elaborated to the dispatcher stating that he “had been set up by the CIA – they are going to kill me.”

According to Howell, he was in LA to meet with another person in a collaborated attack on the gay communities in both Florida and Los Angeles.

Howell additionally stated that, “everything has gone south. Dan was gone when I got here. They killed the leader of the Florida attack this morning. They are going to kill me. I need protection.”

According to sources within the police department’s investigation Howell indicated to officers who first made contact with him that Howell claimed he was one of five people involved in a planned Sunday attack on both the east and west coasts.

Howell stated that he was suppose to “hook up” late Saturday night with his contact in LA who was suppose to have more weapons and chemicals to mix with the Tannerite he was in possession of.

“When I got here, Dan was gone. I went to his apartment and he had cleared out….I tried calling him but he never answered me,” said Howell.

When questioned about the other four people involved in the plot, Howell was only familiar with the first names of three of the alleged suspects, naming his contact in LA – Dan and two of the three contacts in Florida, Omar and Brandy

Speaking of the suspect killed in the Pulse Bar massacre in Florida, Howell stated, “Omar was not suppose to be killed. They lied to us – Omar and Brandy were suppose to get away.”

When Howell was questioned about how he and his conspirators knew each other, he said that,

“We were all familiar with each other through an online fundamental Islamic knowledge seminary course[1] – we were recruited through the course and trained together at a camp in Virginia – we were taught how to shoot and make bombs – everyone knew their part – something went wrong….”

Before the officers could further question Howell, agents working for the Los Angeles office of the FBI quickly swept in and took over the case. Santa Monica detectives were never allowed to talk with Howell.

This video shows some strange witnesses.   Check out the woman who begs to take out assault weapons!  You just lose your kid and your first thought is take our guns?  Some of them are admitted actors!  This all must be investigated further.  I'm not saying it's all fake at this time by any means but it must be thoroughly investigated to see who is guilty here.

Google Proves articles on Orlando shooting posted before the event happened!  This is another smoking gun!

PULSE SHOOTING REPORT SIX HOURS BEFORE IT HAPPENED: TYPE "20 DEAD 40 injured pulse" into Google and tell it to only return results from the 11th.

They will "Berenstain" this quickly now that I posted it. Hopefully you will get a chance before they do.

If you catch this before they wipe it, you will discover that the original story was supposed to be 20 dead and 40 injured, and that it was released to the MSM 6 hours early and damn near everybody published it six hours early. Google scrubbed a lot of it, and an AI or something went through and over wrote all reports (including date updates to the 12th, but the ghost is still there, take a look at this!:

UPDATE: This has been updated and made better as I went around laughing, finding better stuff that totally showed how far their pants were pulled down. They BLEW THIS, the official lie CANNOT SURVIVE THIS.

Here are more interesting pieces of this puzzle in Orlando

Omar Mateen Did Not Act Alone!  Proof of Flag Conspiracy!