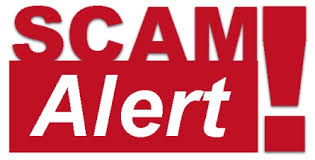 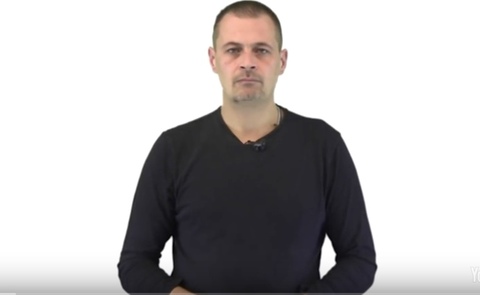 I've give everybody a chance to do the right thing but I'm sad to report that I am calling MyEmailMentor (Myemailmentor.com) a SCAM operation and their buddies at Email Response Pros (stablemailer.com) as accomplices in their crimes!

I'm putting out this story so that others may avoid this company and if they joined, request their money back at this time.  I hope that at least my story will save others heartbreak and their hard earned money!  I can't stand liars and scammers and MyEmailMentor and their COO, Kevin Andrews are both liars and scammers and I can prove it in court.

When I first got involved with this company I heard some negative things about the company but decided to give them a chance since I had heard from some of their customers who had been paid properly from the company.  I was also assured by Chief Operations Officer Kevin Andrews that he would ALWAYS make sure that I would be paid properly as well as everybody I brought into the company.  He told me I could always reach him if I sent an email to

myemailmentor@gmail.com and put "Attn: Kevin Andrews" in the Subject!  This turned out to be a lie.

Here's a quick background on the company.  MyEmailMentor says you will make money with them through the sending of targeted emails to subscribers you accumulate each week.  The basic plan is $47 a month and includes 500 subscribers each week and they offer an upgrade for about $200 which upgrades you to 2000 leads per week.  They pay .20 per click for each person that clicks on the links in the emails their system sends to them once you import them into their system.  They also pay you a fast start $100 bonus you can make immediately upon joining the program.  You also are paid $10 per person per month for each referral you bring into the program.

It sounds like a great deal and it started out fine!  In my first month I made just over the required $400 to get a payment from the company.   It seemed I was paid properly this first month and had made good money on clicks and with the people I had brought in.  No complains on month one!

The first sign of trouble came when my payment did not come directly to my bank as promised and I only got a Dwolla payment only after I emailed Kevin Andrews.  So I had to chase my money on the first check which did not make me happy.  I've since heard from many people with $700 or more in their accounts and MyEmailMentor is running from them and Kevin Andrews won't respond to any of their emails!  I'm just one of many people ripped off by MyEmailMentor!

But since I got paid on the first month, I went on but begin to notice some bad things happening.  First my payments for the clicks began to drop to nothing!  By the second month, I was only making $8 per month in clicks and this was after upgrading to the upgraded 2,000 subscribers per month plan!  It turns out the only reason I was able to to make over $400 my first and second month was because I had brought in dozens of Referrals which the average user could never hope to do!

I knew something was wrong at this point and could actually prove it because I had made copies of the commission screens and it was very obvious I was cheated by several hundred dollars even on my second month!  Again, I had to chase my money for my second payment and email Kevin Andrews to get it!   I got the second payment and then pressed Kevin about the issues I was seeing which were even worse now.  This is where Kevin Andrews began the "Ignore" game that I'm hearing from so many others now.  He ignored all my questions on how I could only make $450 in my second month when I had over 60 Referrals which alone should have brought in $600!   Kevin never responded to any emails after I pressed him for answers.

Then I went to the company that charged my card, EmailResponsePros (stablemailer.com) and put in a ticket telling them the situation and that Kevin Andrews would no longer respond and if they couldn't work anything out to cancel my account.  Well all they did was CLOSE my ticket without a response!   So it's obvious they are complicit in some way with these crimes and were not understanding or even apologetic with my situation.  It seems they are in bed together in fact.

For my third month, MyEmailMentor says I only made $250 even though I had brought in 80 paying members at this time!  The cheating was now at EPIC levels!    Even if 20 of my referrals dropped off which is unlikely my Referral commissions alone should have entitled me to a payment over $600 plus at least $100 - $300 in click revenue!  So I should be making about $1,000 by my third month but MyEmailMentor says I only made $250 and won't respond to anything!   I've never heard from the company again and I will continue to press EmailResponsePros to stop charging my card and refund everything I paid for this fraud.  So far they just closed a ticket I opened about it but I will update the article when I hear from them!

So if you're in MyEmailMentor I suggest you email Kevin Andrews at myemailmentor@gmail.com and put "Attn: Kevin Andrews" in the Subject!   Send him a copy of this article and tell him since he ripped off Glenn Canady and wouldn't respond to my questions you don't trust him and want a refund!   Next I want you to post this to your Facebook and all other social media!   We can't let scammers rip people off and get away with it!   We can't let people refuse to answer  emails from customers who are asking to be paid when they are months past due being paid!

You'll also will have to create a ticket through the EmailResponsePros guys at www.stablemailer.com where you import your leads.   I'm sorry if you got in through my promotion of this lying scumbag company!  I made a big mistake with this company and that's why I'm writing this article so others are warned about it.

If you got into MyEmailMentor I promise to help make your money back through several companies that DO pay on time and will answer their emails.  I hope you will join my MyPayingAds (MPA) team paying every hour at

and join my TrafficMonsoon team (they are a top 800 website on the planet!) at:

I've also found a lead company that gives you 140 leads a day and lets you make referral money too.  If you want leads and to make money as MyEmailMentor promised but did not deliver be sure to get on my team here.

Again, if you lost money in MyEmailMentor I'm very sorry.  I will continue to find good companies to earn money online and warn you about the bad ones as I find them.  Let's wash our hands from these scammers that won't return emails and move on!

I'm here for free coaching and advice on how to make real money online.  Our team is making money online everyday and we never give up even when we run across the occasional scam.   If you're a guy, you don't give up on women just because your girlfriend cheated on you!    Unfortunately sometimes we'll run into a scam company and this is the case with MyEmailMentor.   if you wish to talk to me about this or get involved with my free coaching you can email me at glenn@crankmoney.com and join my newsletter at www.gorillamarketing.com

PS - I'll update this article if I receive any refunds from this company.  I will only be satisfied if I get every penny I paid refunded at this point since I can prove in court they defrauded me out of hundreds of earned commissions promised to me and also caused my reputation harm because of their scamming.