How I Discovered 70% of My Facebook Friends Were Fake And How I Fixed It! 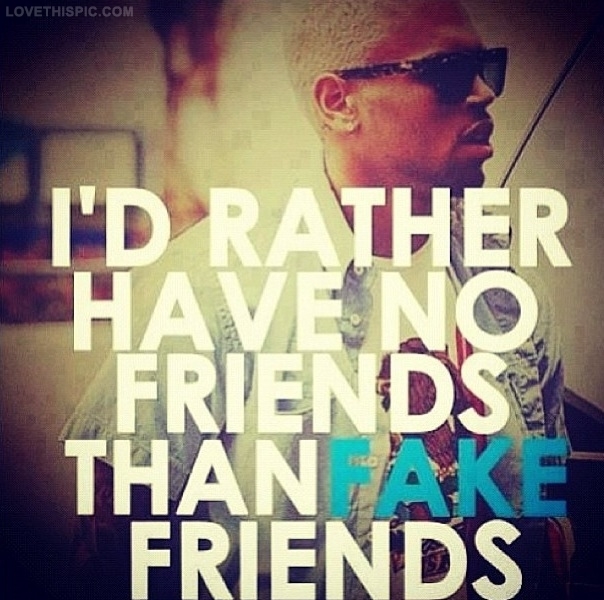 Watch the first video on www.project.nsearch.com to open a Doorway to God!  Those who join Project Nsearch will discover ways to make extra income and get free ebooks on natural cures, free energy and spreading more truth!    I teach others how to make real extra income on my Newsletter.  Join my site and email me at glenn@nsearch.com or call me at (352) 478-8059 so I can reach you!  Thank you for sharing all my articles to social networks!  VeteransTruthRadio.com for Victory!

I recently completed a massive project of going through my 5,000 friends on Facebook to determine how many of my so called friends on Facebook were real and how many were shills or fake accounts and the results were shocking!   After over a month of work I came to the conclusion that over 70% of my friends were completely fake!  Most were highly sophisticated robot accounts with hundreds to thousands of friends that all programmed to post truth type posts so that other patriots would friend them and feel good about it!  Luckily I did find the secret that fries their circuits every time!

I've been very active on Facebook since 2010 when I began using it to spread the truth to as many as possible. When I first started on Facebook and began friending others that spread the truth too, I found great success in that first year.  It wasn't uncommon for me to get 100 to 200 shares when I only had about 1,000 friends or so on a very good post!  But over time I noticed that my posts were getting less and less shares and likes even though the quality of my information was actually getting better and my friends on Facebook were greatly increasing!  Lately, in the last year, I've been lucky to get even 20 shares on a really good post with 5,000 friends!   Clearly something had changed since 2012!

Facebook admits they only send your posts to a small fraction of your friends when you post.  Then if the friends that do  see the post, like and share the information, they will dribble it out your post to more friends.  That's unfair to begin with but what can you expect from Facebook, they serve the new world order and we all know this!  We continue to use them only because we can still reach real people with information.  It's been obvious to all of us in the truth movement for a long time that the censorship was increasing with Facebook because many people have complained about it in the last year.  Now I know how the censorship is being done for the most part - with fake friends!

Somebody (CIA, Government, etc) are using literally millions of fake robot accounts and some human powered shill accounts to target patriots around the world by friending them with these dummy accounts that only harm their reach.  In my case over 3500 of my 5,000 friends were totally fake!  So of course when Facebook sends out my posts to my mostly fake friends and they gave no response, Facebook stops sending out my posts to any more real people and my reach decreased exponentially!   The more fake friends you have, the fewer real people you reach!

How did I find out I had over 3500 fake friends?  Well it sure wasn't easy!  I messaged and posted on walls to every one of my 5,000 friends and saw who responded and who kept posting mindlessly like a robot!  Real people responded in some way and the robots aren't smart enough to carry on a conversation so they ignore you!

One thing to keep in mind here is the programming they have used to create these fake friends is very sophisticated!  They seem to have interaction, good photos that show families even in some cases and they spread the same information that any patriot would be sharing!   They have to do this or most patriots would not want to friend them.   They will post things about GMOs, vaccines, the federal reserve you name it!   The only way you can figure out who is fake is who will respond to a message and a post on their wall.  I'm not talking about a thumbs up response either because I've seen the robots even do this!  But what they cannot do is give you an intelligent response to a direct question!

When I asked all my friends if they would mind joining my site, I posted it to their wall and sent them a direct message in most cases so there would no way possible for them to miss it!  But I found over 3500 of my friends completely ignored a post on their wall and a direct message!  They never responded to anything!   I did further tests and did multiple posts to their walls saying to please message me immediately because it was very important!  No response!  Most of my friends were robot accounts!  Since most of my accounts were fake and would never like my posts or share them or even go to my wall, my reach to real people plummeted!

Now I can't prove that Facebook knows about these fake accounts but they must be aware of some of this.    As I went through all of my accounts, I also found many accounts that must have been run by humans.  Once they got me to friend them, all activity stopped!  The account went dead, their job was done!  Maybe they collected a bonus for friending Glenn Canady with their fake profile who knows!  Sometimes you will find these accounts that as soon as they friended you, all their activity stopped that very day!  The only reason I knew this is because I would make a post on every wall of my new friends.  But most of the fake friends now seem to be robots that just never stop posting and will never respond to any wall post or message.  I think the ones that stopped posting were probably human shill accounts.  I know they are using some of those also.  But I estimate it's about 90% robots at least.

It's really pathetic when some government agency has probably spent millions upon millions if not over a billion dollars creating sophisticated fake Facebook robot accounts to reduce the reach of all patriots and thus censor them.  What a wonderful country we have here!  Once they created these robots they just sent them out to friend all those identified as  spreading truth and every time you added one of these fake friends your reach was reduced!  Now, if you only friended people you knew personally then you won't have these fake accounts on your profile of course.  But some of you hardcore patriots that were trying to do more and friended lot of people that seemed to spread truth are going to be shocked especially if you have thousands of friends.

I've known that there were fake accounts on Facebook for a while now but had no idea how rampant they had become until my little project.  I spent the time and tedium to figure this out.  Boy was it boring to go through 5,000 friend profiles and send each one of them a message to see if they would respond.  I've never done so much cut and pasting in my life!  I also had to space this out sometimes as Facebook would give me warnings if I did too many at one time.

Now if you have thousands of friends this is a very big chore to take on but you can at least stop any new fake friends from taking up your slots by questioning every new friend you get and making them respond to something.  If they don't respond to your question within 48 hours then unfriend them until they do.  Since you'll rarely be able to spot the fake accounts unless they were just created and have no history, the only way to do it is to get them into a conversation.

I have already seen an increase in the number of shares for my posts even though I only have 1200 friends instead of 5,000.  And I've seen a massive uptick in fake accounts trying to friend me too so apparently I've made somebody really angry that I've freed myself from their robot accounts!  Remember, get every person on your friend list into a short conversation and you too can spot the fakes too!  These robot accounts sometimes post more truth than you do but the one thing they can't do is respond to you!  I guess the good news in all of this is that they wouldn't have gone to the expense of creating all these fake accounts if what we we're doing wasn't working!  We're kicking their tails out there and they know it!  They can't stop the truth, they can only slow it down for a while!

When you do spot the fake robot accounts, unfriend them immediately.  When you spot a really obvious fake that only started posting a month ago, I suggest you block those types of accounts so they can't friend you again and waste more of your time.  I'm sure these robot accounts will get better with time and at some point, all patriots will have no choice but to leave Facebook forever.  But first we have to have a platform that works very well, is free from all censorship and is run by people I trust!  I'm not sold on anything yet but I'm sure there will be something I can recommend in 2015.  In the meantime, I invite all patriots and lovers of truth to join my website at www.project.nsearch.com so I can reach you outside of other systems.