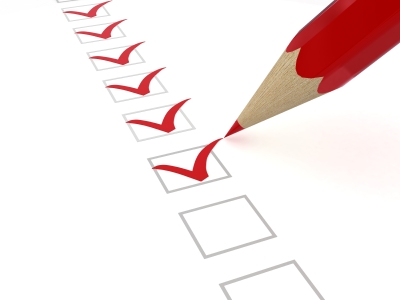 -before they silence us...

Two weeks ago, I posted a blog article about the fraudulent letters being sent to parents in Ohio, and actually across the country, about a new meningitis vaccine said to be a requirement for school. If you missed it, you can read it here.

As middle schools are trying to strong arm parents into vaccinating their pre-teens without giving them information on their right to refuse, colleges are becoming equally aggressive about forcing the meningitis jab – and other vaccines – prior to granting access to higher education.

The incidence of meningococcal disease decreases rapidly beginning in the second year of life, coincident with the natural colonization by Neisseria lactamica, a normal flora in the nasopharynx in young children. Before 10 years of age, when N. lactamica colonization is common and protective. When colonization by Neisseria meningitidis occurs later in life, the antibodies generated earlier against N. lactamica cross-react and contribute to natural immunity and defense against meningitis infection.

16. Bexsero was approved soon after an unofficial trial at Stanford University in 2013. Read my full report about the slick maneuver Novartis pulled on American parents to get this vaccine approved.

17.  N. meningititis vaccines do not have a long lasting effect. In fact, the CDC admits:

As part of the licensure process, both meningococcal conjugate and serogroup B meningococcal vaccines showed that they produce an immune response that suggests the vaccines are protective,but there are limited data available on how well they work to protect against disease…


Parents, Once Again, You’re Being Lied To

The CDC, the media, colleges, universities and especially pediatricians have terrorized parents into vaccinating their college-aged kids saying that they are a “greatly increased risk” of contracting meningitis if they live in a dorm.

You may have heard  statements such as this:

College freshmen living in dormitories were more than seven times as likely to acquirethe infection leading to meningitis than college students in general and three and a half times as likely as the population of 18- to 23-year-old non-students.


That’s interesting because in one of the early CDC papers (2005) on vaccinating college students with the meningitis vaccine actually said something very different:

A retrospective cohort study conducted in Maryland during 1992–1997 indicated that the overall incidence of meningococcal disease among college students was similar to students of the same age who are not going to college (1.7/100,000 and 1.4/100,000, respectively); however, rates of infection among students living in dormitories were higher than rates among students living off campus (3.2/100,000 and 1.0/100,000, respectively; p = 0.05).

U.S. surveillance data from the 1998–99 school year indicated that the overall rate of meningococcal disease among college students was lower than the rate among persons aged 18-23 years who were not enrolled in college (0.7 and 1.4/100,000, respectively).


Universities, colleges, and their governing boards are not protected from liability by the National Injury Injury Compensation Act of 1986 (NVICP.) Parents are being forced to inject their children with a vaccine that offers little and has many risks in exchange for a $20,000 to $50,000+ per year education. This college “mandate” needs to be seriously challenged, perhaps even in court.

What Your Student Can Do to Keep Well

Here is a list of the most important things you can encourage your college teen to do:

Each of these suggestions is definitely better than acquiescing to an unnecessary vaccine that offers little protection and can potentially lead to serious, long term autoimmune consequences.

Think Before You Vaccinate — Health Does Not Come Through a Needle.

Get Your Fresh Copy Of 'Vaccine Legal Exemptions' - Know Your Rights