Full statement by MMR scare doctor Andrew Wakefield: 'The Government has tried to cover up putting price before children’s health' 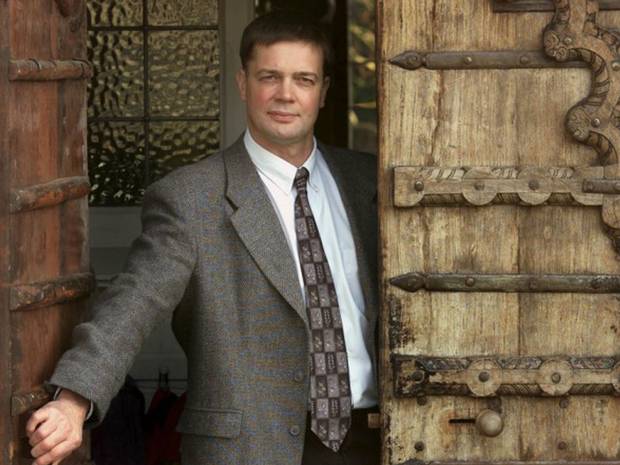 This is the full statement from Andrew Wakefield, the discredited doctor whose Lancet article sparked the MMR scare 15 years ago, on the outbreak of measles in Wales.

For further reading on this story, visit:

In the wake of further media distortion, misrepresentation, and ignorance in relation to the measles outbreak in Wales, it is important to clarify some key facts.In 1998, following an analysis of all published pre-licensing studies of MMR vaccine safety I recommended the use of single measles vaccine in preference to MMR. This remains my position.

At that time, in contrast with the false assertions of many commentators, including Richard Horton, Editor of The Lancet, and vaccine millionaire Paul Offit, the single vaccines were licensed in the UK and freely available to the British public.

While MMR vaccination uptake fell from February 1998, there was a reciprocal increase in the uptake of the single vaccines – a fact that is never acknowledged in the press. Vaccination clinics administered many thousands of doses of measles vaccine and children were “protected”.

Six months later, in September 1998, the British government withdrew the importation licence for the single vaccines, effectively blocking this option  for parents.

Measles cases in the UK rose when the government withdrew the importation licence for the single measles vaccine leaving concerned parents with no choice. When I demanded to know why, if the government’s principal concern was to protect children from measles, it would prevent parents with genuine safety concerns over MMR from  protecting their children, Elizabeth Miller of the Health Protection Agency responded, “…if we allowed parents the choice of single measles vaccines it would destroy our MMR programme.” The government’s concern appeared to be to protect the MMR programme over and above the protection of children.

Despite the claim of David Salisbury, head of the UK’s Immunisation Division, that MMR has, “an exemplary safety record”, two of the three brands introduced in 1988 had to be withdrawn for safety reasons – they caused meningitis.

Government officials had approved these dangerous vaccines – Pluserix and Immravax – giving them the great majority of the UK market despite knowing that they were high risk and despite having been warned explicitly of their dangers. These government officials put price before children’s health and have been seeking to cover up this shameful fact ever since.

The US government has paid out millions of dollars to children whose autism followed vaccine-induced brain damage.  A recent government concession in the US Vaccine Court confirms that the parents’ claims were valid all along. In a recently published December 13, 2012 vaccine court ruling, hundreds of thousands of dollars were awarded to Ryan Mojabi, whose parents described how “MMR vaccinations”, caused a “severe and debilitating injury to his brain, diagnosed as Autism Spectrum Disorder [‘ASD’]”.

The cases follows similar successful petitions in the Italian and US courts (including Hannah Poling, Bailey Banks, Misty Hyatt, Kienan Freeman, Valentio Bocca, and Julia Grimes) in which the governments conceded or the court ruled that vaccines had caused brain injury. In turn, this injury led to an ASD diagnosis. MMR vaccine was the common denominator in these cases.

The more light that shone on this subject by way of informed, balanced debate, the better. I am offering to debate any serious challenger on MMR vaccine safety and the role of MMR in autism, live, in public, and televised.