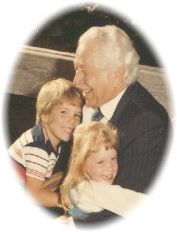 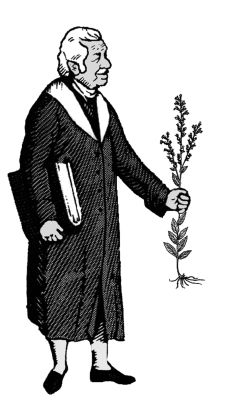 "Natural Healing with Herbs for a Healthier You"

THE BENEFITS OF THE USE OF STINGING NETTLE
IN HERBAL PREPARATIONS

Nettle leaf is among the most valuable herbal remedies.  Because of its many nutrients, stinging nettle is traditionally used as a spring tonic.  It is a slow-acting nutritive herb that gently cleanses the body of metabolic wastes.  It is one of the safest alteratives, especially in the treatment of chronic disorders that require long-term treatment.  It has a gentle, stimulating effect on the lymphatic system, enhancing the excretion of wastes through the kidneys.

Nettle’s iron content makes it a wonderful blood builder, and the presence of vitamin C aids in the iron absorption.  As a hemetic (an herb rich in iron), this is an excellent herb for anemia and fatigue, especially in women.  It “promotes the process of protein transanimation in the liver, effectively utilizing digested proteins, while simultaneously preventing them from being discharged through the body as waste products.”

Stinging nettle is beneficial during pregnancy due to its rich mineral value and vitamin K, which guards against excessive bleeding.  It is also a good supplement to strengthen the fetus.  It is used during labor to ease the pains, and will increase milk production in lactating women. Stinging nettle is often recommended for pre-menstrual syndrome because of its toxin-ridding activity.  When the liver is sluggish, it processes estrogen slowly, contributing to the high levels that cause or aggravate PMS.  It acts as a restorative remedy during menopause, and the astringency of the herb helps in excessive menstrual flow.

As a diuretic, stinging nettle increases the secretion and flow of urine.  This makes it invaluable in cases of fluid retention and bladder infections. It is also anti-lithic and nephridic, breaking down stones in the kidneys and gravel in the bladder.

The leaves of the fresh nettle plant are stimulating, thus making it a powerful rubefacient.  Arthritis, bursitis, rheumatism, gout, and tendonitis have all been treated successfully with urtification.  In a group of eighteen patients with joint pain treated with the topical use of the nettle sting, all except one respondent were sure that the therapy had been very helpful, and several considered themselves cured. However, there are other, less painful ways of treating arthritic diseases using stinging nettle.  Boron is a trace mineral essential for healthy bones.  James A.  Duke states in his book The Green Pharmacy, “The recommended beneficial dose of boron is 2-3 milligrams daily.  An analysis of stinging nettle provided to me [James Duke] by the USDA scientists shows that it contains 47 parts per million of the mineral boron, figured on a dry-weight basis.  That means that a 100-gram serving of stinging nettle, prepared by steaming several ounces of young, tender leaves, could easily contain more than the 2-3 milligram recommendations.  According to the Rheumatoid Disease Foundation, boron is effective because it plays a role in helping bones retain calcium.  It also has a beneficial influence on the body’s endocrine (hormonal) system, and hormones play a role in helping the body maintain healthy bones and joints.”

Stinging nettle acts similarly to dandelion leaf, promoting the elimination of uric acid from joints with an alkalizing diuretic activity. In an open multi-clinical trial of 219 patients with arthritis, nettle leaf was compared with non-steroidal anti-inflammatory drug (NSAID) therapy, demonstrating a similar reduction in pain and immobility, with excellent tolerability.  In an article by Rob McCaleb in 1998 it states, “In an open randomized study, singing nettle given in combination with a sub-therapeutic dose of an anti-inflammatory drug was as effective as a full dose of the drug alone for arthritis pain relief.  Forty patients experiencing acute arthritis took part in the study, with half taking the full 200 mg standard dose of the prescription drug diclofenac.  The other subjects took 50 mg of diclofenac along with 50 g of stewed nettle leaf.  All subjects ate the same foods during the study and only those with uncomplicated medical histories were included, based on very specific criteria.  Researchers used both objective and subjective tests to measure effectiveness.  The results were impressive: a combination of 50 g nettle leaf with one-quarter of the normal dose of diclofenac was just as effective in relieving pain as the full dose of the drug alone.  The authors noted ‘50 mg diclofenac is unlikely to produce such a profound effect.’ Previous research has shown that doses of 75 mg diclofenac are inadequate for arthritis pain relief.”

A study conducted by the National College of Naturopathic Medicine in Portland, Oregon found positive evidence of freeze-dried nettle leaf for treating hay fever, asthma, seasonal allergies, and hives. Australians have been using nettle for years as a treatment for asthma, but Americans didn’t catch on to this until about 1990.  “In a double-blind placebo-controlled randomized study of 98 patients with allergic rhinitis the effect of a freeze-dried preparation of Urtica dioica was compared against placebo.  Based on daily symptom diaries and the global response recorded at the follow-up visit after one week of therapy, U.  dioica was rated higher than placebo in relieving symptoms.”

In an open 14-day clinical study, 32 patients diagnosed with myocardial or chronic venous insufficiency were treated with 15 ml of nettle herb juice three times daily.  “A significant increase in the daily volume of urine was observed throughout the treatment, the volume in day two being 9.2% higher than the baseline amount in patients with myocardial insufficiency and 23.9% higher in those with chronic venous insufficiency.  Minor decreases in body weights and systolic blood pressure were also observed.”

As a styptic (an arrestor of local bleeding), stinging nettle is an effective remedy for nose bleeds.  It can be applied locally or sniffed.  The astringency of stinging nettle proves its usefulness in hemorrhoids, diarrhea, and bleeding in the urinary organs.  It also treats mouth and throat infections.  Nettle leaf is useful to correct symptoms of gastrointestinal excess, such as gas, nausea, and mucus colitis.  It is also used as an anodyne to relieve the pain of burns and scalds.

Numerous studies conducted mostly in Germany have shown the root to have a beneficial effect on enlarged prostate glands.  There have been several clinical trials that have demonstrated the efficacy of stinging nettle in treating benign prostatic hyperplasia (BPH) stages I and II.  A combination of nettle root and saw palmetto berries was found to be equal to the generic prescription drug finasteride, without side effects. These studies suggest that the root extract may inhibit interaction between a growth factor and its receptor in the prostate.  However, it has been observed that the herb does not reduce the size of the already enlarged prostate.  “In a randomized, reference-controlled, multi-center, double-blind clinical trial 543 patients with stage I and II BPH compared therapeutic equivalence between finasteride and a combination nettle root/saw palmetto fruit extract.  For 48 weeks, patients were given 2 capsules of the herb combination or 1 capsule of finasteride per day.  The primary variable was the change of the maximum urinary flow after 24 weeks of therapy.  Urodynamic parameters such as average urinary flow, micturition (nighttime urination) flow, and micturition time were monitored as secondary variables.  An increase in urinary flow rate was observed in both treatment groups.  The average urinary flow increased, whereas the micturition time decreased in both groups to a similar extent.  The International Prostate Symptom Score decreased from 11.3 to 8.2 after 24 weeks and 6.5 at week 48 for the herbal group, and from 11.8 to 8.0 and to 6.2 at week 48 for the finasteride group.  Fewer adverse reactions were reported from the nettle root/saw palmetto treatment group than the finasteride group”.

A decoction of nettle is valuable in diarrhea and dysentery, with profuse discharges, and in hemorrhoids, various hemorrhages, and scorbutic affections.  It has been recommended in febrile affections, gravel, and other nephritic complaints.  The fresh leaves were found to show anti-tumoural activity in animal studies and strong anti-mutagenic activity.  Nettle leaves are high in antioxidants with vitamin activities and have high potassium to sodium ratio.  All this indicates it as an excellent natural source for protection against neoplastic diseases (tumors), cardiovascular disorders, and immune deficiency.

“A combined analysis of stinging nettle’s traditional uses and demonstrated activities in clinical trials suggests that the root is a good pelvic decongestant, justifying its use in any condition that is affected by such a state, including passive menorrhagia, fibroids, and dysmenorrhea.” Applied externally and taken internally, stinging nettle tea is helpful for acne and eczema.  Warts rubbed with the freshly expressed juice disappear without any pain being produced. Stinging nettle has been found to treat Alzheimer’s disease.  It contains considerable amounts of the mineral boron which can double levels of the hormone estrogen circulating in the body.  Estrogen has been found in several studies to help improve short-term memory and elevate the moods.

In the respiratory system nettles help clear catarrhal congestion.  The seeds are an excellent lung astringent, particularly useful for bronchitis, tuberculosis, and consumption.  They are recommended as a remedy for goiter and to reduce body weight.  They are also considered anthelmintic, expelling worms and other parasites.

The stimulating effect of stinging nettle is used as a rinse for the hair.  This will regenerate hair growth and restore original hair color.  It is used by the personal hair care industry in anti-dandruff products and scalp conditioners.  Clairol uses more than 40 tons of nettles a year as a hair conditioner. In addition, Russian studies show that nettle tea has anti-bacterial activity.  Mouthwashes and toothpastes containing nettle can reduce plaque and gingivitis.  Many oral health care products in health food stores contain nettle.

The following is a concise reference of the ailments stinging nettle treats: