Most of the foods we grow are annuals. In other words, each winter, annuals die and must be replanted in the spring. Perennials, on the other hand, will keep coming back year after year. Here are some delicious perennials to plant now.

While all plants listed below are perennials, they may not grow perennially in all locations. It depends on where you live. Check for compatability with your region before making a purchase. 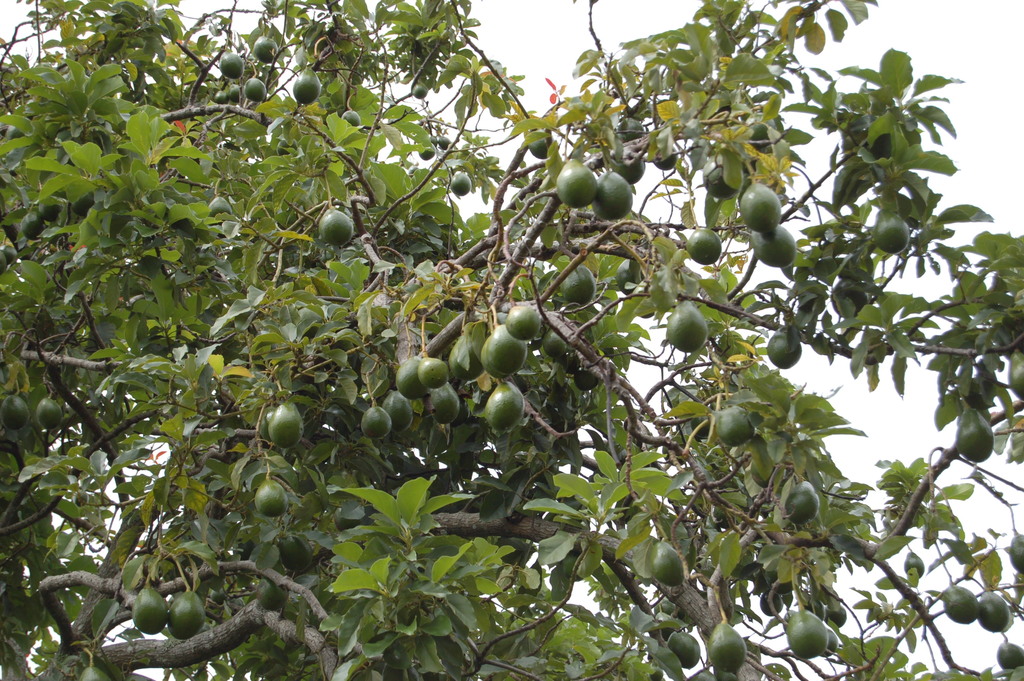 The avocado tree is native to the humid and semihumid tropics. It does best at moderately warm temperatures (60 – 85F) and moderate humidity. Once established, t can tolerate temperatures to around 32 – 28F with minimal damage. If purchasing a tree, you can probably expect to see your first avocado fruit 3-4 years after planting the tree. If growing from seed, it can take anywhere from 5 to 13 years before the tree is mature enough to set fruit.

The avocado tree will produce fruit for many, many years. The origional Hass tree (1926) is still alive and producing fruit. There are some wild trees in Mexico that are over 400 years old that are still producing. It is possible for an avocado tree to produce over 200 fruits per tree once it is about 5 years of age. However, the tree may produce a larger crop one year, and then will produce a smaller crop the following year. 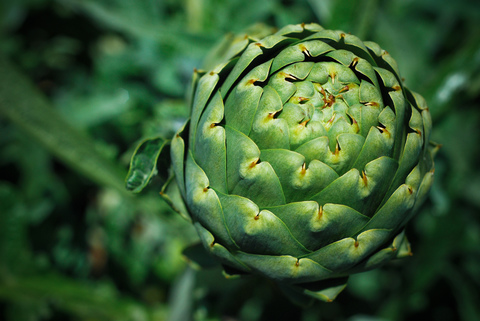 The Globe artichoke is an heirloom perennial vegetable grown for its tender, edible flower buds. The plant can spread up to 6 feet across. The artichoke can be grown almost everywhere in the United States, except possibly southern states like Florida and Texas, where the summers are too hot. The ideal growing conditions are cool and moist summers and mild winters.

If you live in a climate colder than Zone 8, it is best to start new plants each year. If you have mild winters and mulch well, the artichokes will survive as perennials. 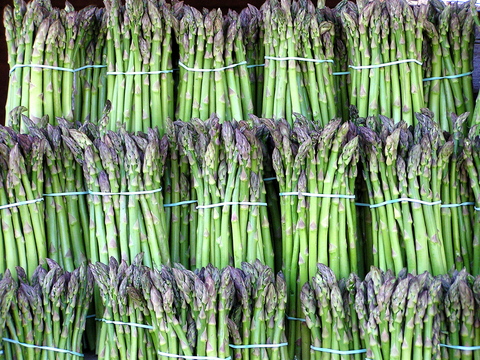 Asparagus shoots are one of the first signs of spring, poking out of the garden soil alongside other perennials like tulips and crocus.

Asparagus grows well in all parts of the country except the warmest portions, zones 8 and higher. These warmer zones have mild winters, and as such the plants do not go completely dormant. They cannot gain strength and will decline. 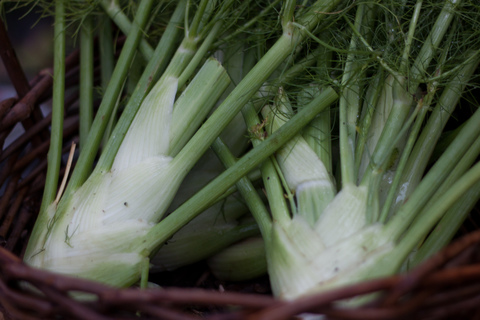 Fennel, similar to celery, is a perennial plant that will give you aromatic seeds for seasoning and a thick bulb which is eaten as vegetable. The fennel bulb is a popular ingredient in Mediterranean cuisine, and it can be eaten raw in salads, as well as grilled or baked.

Fennel will survive winters between growing zones 5 and 10. If you intend to harvest the bulb, you should plant Florence fennel. 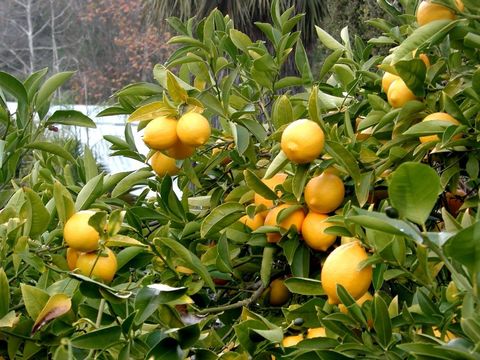 Lemon trees and other citrus fruits grow well in tropical and subtropical climates. Sweet citrus trees like oranges need hotter climates, but sour citrus such as lemons don’t require higher temperatures, making them a possibility even for those in cooler coastal areas.

Ideally, you want to plant a lemon tree in the spring. A spring planting allows the tree to establish itself before cooler winter temperatures hit and potentially cause damage that can slow the tree’s growth. Place the lemon tree in a sunny location that drains well. Fertilize the lemon tree each month from spring to summer for the first year with a citrus tree fertilizer that contains nitrogen. 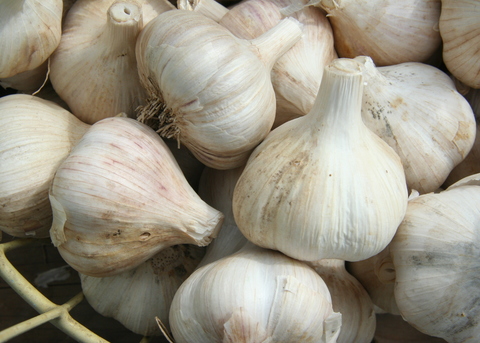 Garlic and onions can survive cold winters. If you plant garlic and onion cloves or seeds in the fall, they’ll push up green shoots in the spring. Leave a few behind each year, and they’ll flower, seed themselves and divide their own bulbs to create the next year’s crop. 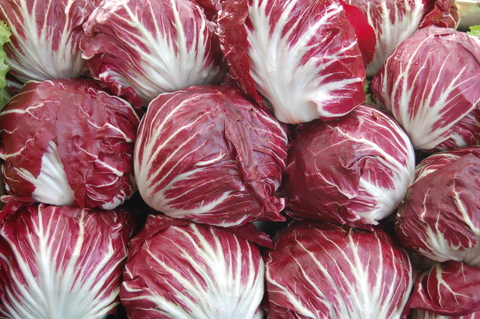 Radicchio, or red chicory, adds beautiful color to your garden and your dinner table. This vegetable is popular in Italy. Radicchio grows best during the cooler seasons — spring and fall. Plant in the garden in early spring (as soon as soil can be worked). For a fall crop, tuck plants into soil in midsummer in colder zones and early fall in regions with mild winters. Radicchio grows best in full sun during cooler weather; in summer, plants benefit from afternoon shade. Established plants can withstand frost. 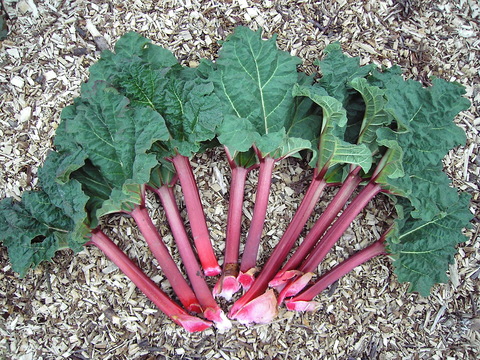 Ehubarb stems burst through soil early in spring. The tart, colorful stems are popular in pies and jams, typically sweetened with sugar or teamed with strawberries.

Rhubarb leaves contain high concentrations of oxalic acid and shouldn’t be eaten. When growing rhubarb, harvest the stems, then remove leaves and add them to the compost pile.

Rhubarb grows best in zones where the ground freezes in winter. Plants require an extended chilling period with temperatures below 40 degrees to produce a crop of stems. Rhubarb can be grown as far south as Zone 7. 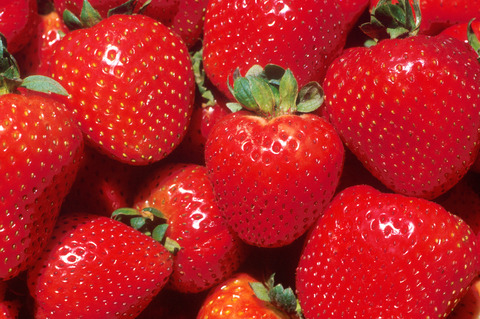 The very best strawberries come from a home garden, because fully ripened strawberries have a rich, aromatic flavor unmatched by their supermarket counterparts that are typically picked unripe.

Strawberries are a perennial, so they die back in winter and start growing vigorously as the soil warms in spring. After bearing fruit (as early as February in Florida, and as late as June farther north), many types of strawberries produce numerous runners with baby plants at the tips. Those runners often root themselves nearby yet remain attached to the mother plant. They will produce more fruit if you clip off most of the runners. 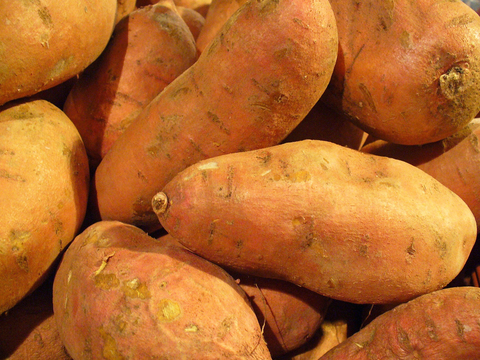 Sweet potatoes are so easy to grow that plants accidentally dropped on the ground will take off and grow if the soil is warm and moist. Plant sweet potatoes about 12 to 18 inches apart, and allow 3 feet between rows so the vines will have plenty of room to run.