Is Concierge Medicine the Anti Obamacare? 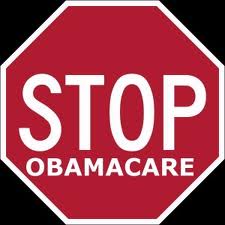 An original article by America First.

Frustrated with waiting for hours to see a doctor when you are sick?  Sick of paying through your teeth for insurance premiums?  Are you one of the millions of Americans who can’t afford medical insurance and don’t qualify for Medicare or Medicaid?  Do you feel like your doctor is rushing in, and out, of the room when you finally get to see him?  Do you want a personal relationship with your doctor instead of a 5-minute business transaction?  Want to reduce the influence of corrupt and unscrupulous drug companies?  Just want to stick it to Obama (and Bush for that matter) and all the government officials who are arrogant enough to think they know what’s best for all 320 million Americans?

Read more: No Insurance, No Big Pharma, More Time for Patients – Is Concierge ...

If you answered yes to any of these questions, you may want to give concierge medicine a try.  What is concierge medicine?  It’s the old-fashioned approach to medicine that some Americans are giving a new look.  Here’s a brief summary:

Concierge medicine, boutique medicine and direct practices are all terms used to describe a new form of medicine in which patients pay a doctor directly for enhanced medical care. In return for payment, the patient receive services such as guaranteed same-day appointments, 24/7 access to the physician by cell phone or beeper, house calls, emergency room visits and hospitalizations directed by the physician. In addition, wellness care and preventative care are often provided. A comprehensive approach to healthcare allows time to address the unique needs of the individual.

Sounds refreshing, doesn’t it?  Concierge medicine allows doctors and patients more time together: concierge doctors can spend at least double the time with each patient that other doctors do.   Because concierge doctors opt out of third-party payment systems, such as Medicare, Medicaid and private insurance companies, they are able to get paid more and provide the vast majority of patients more care for their money.  They also spend less time, and money, managing and paying office staff to process paperwork, comply with bloated federal insurance regulations, and assuage the complaints of frustrated patients who have to wait hours, or days, for medical care.

…the nation could face a shortage of as many as 150,000 doctors in the next 15 years, according to the Association of American Medical Colleges.

The greatest demand will be for primary-care physicians. These general practitioners, internists, family physicians and pediatricians will have a larger role under the new law, coordinating care for each patient.

This is likely true in the very short term, but the invisible hand of free markets always brings supply back in balance with demand.  By cutting out the middle man, the government and the insurance companies, concierge doctors can get paid 2-3 times what other general practitioners can.  At those salaries, young Americans will be far more likely to become a doctor and open a general practice, instead of choosing to become an engineer or a specialized doctor.  If more Americans choose to see a concierge doctor, over the next 5-10 years much of our general practitioner shortage will disappear.

If you’re still not convinced, give this quick video a watch:

The most attractive aspect of concierge medicine is that it puts people in charge of medical care, not pharmaceutical companies, government bureaucrats, and insurance companies.  Do we really want an America where, more and more, our quality contact with people is limited?  Where machines, computer systems, and paperwork replace human interaction?  And who’s more likely to take care of the poor; a compassionate doctor who makes good money and personally sees needy patients walk through his door, or a doctor who makes half the money, is pressed for time and buried in paperwork, and is contractually obligated by insurance companies to make uninsured patients pay inflated insurance company prices for drugs and care?

Now a concierge doctor can’t always protect you from catastrophic illness, so many opt for high-deductible medical insurance that would pay for the treatment of injuries from serious accidents or chemotherapy.  A good concierge doctor can cost between $50 and $500 a month, depending on the age of the patient, but can also eliminate the need for the standard $500-$1000 deductible insurance plans that often have high premiums and still leave you stuck with co-pays.

A new article suggests that as many as 83% of doctors, polled after the Supreme Court’s 5-4 decision to uphold Obamacare, would consider permanently hanging up their stethoscopes.  And 90% of those physicians polled think American medical care is headed in the wrong direction.  Clearly, government and big business are ruining our medical system.  And more government and more big business will never fix the problems they have created.

So I encourage that 83% of physicians to quit.  Quit the insurance companies, quit accepting Medicare, and quit allowing the government to tell you how to treat your patients!  Federal money always comes with strings attached, and accepting Medicare is the foot in the door that government uses to over regulate your practice.  Insurance companies are robbing you and your patients of money, time together, and quality care.  They’re also working together with big pharma to push barely-tested, often unsafe drugs and devices on you and your patients.

And less you think that voting for Romney is going to fix this problem, Romney and Obama both want more government meddling in healthcare.

If you’re ready for change, a quick search on the internet may lead you to a concierge doctor in your area.  In addition to empowering you in your health care decisions and saving you money, concierge medicine might be the solution to America’s systemic medical problems.  And if the courts won’t put America first and follow the Constitution by staying out of our doctor’s office and your medical file, we can simply choose not to participate in their corrupt system.