The Top 50 Excuses For Not Prepping 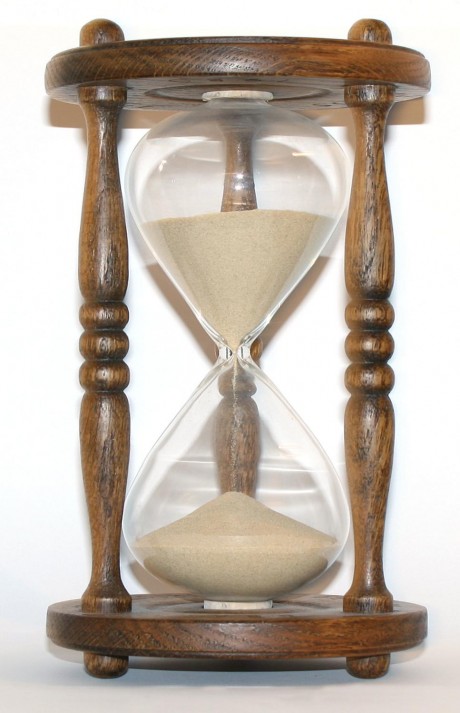 With the way that things are heading in this country, it is not surprising that there are approximately 3 million preppers in the United States today. What is surprising is that there are not more people prepping. The economy is rapidly falling to pieces, the national debt is absolutely soaring, the earth is becoming increasingly unstable, a major war could erupt in the Middle East at any time and the fabric of our society is coming apart right in front of our eyes. We have become incredibly dependent on technology and we have become incredibly dependent on our economic system. If a major natural disaster, a killer pandemic, an EMP attack or the imposition of martial law caused a significant transportation disruption, America would literally change overnight. We live during a time of tremendous global instability, and yet most people still see no need to start prepping at all. Most people just continue to have blind faith in our leaders and in our system. But what happens if our leaders fail us? What happens if our system collapses? What are they going to do then?

The number of preppers in the United States today is steadily increasing, but the vast majority of people out there still see no reason to start getting ready for "the end of the world as we know it". Most people just assume that things will always somehow get better or that they will somehow be immune to whatever calamities are heading our way. Most people always seem to have a "good excuse" for why they do not need to prepare.

The following are the top 50 excuses for not prepping....

1. "The U.S. Economy Is The Greatest Economy On The Planet - There Is No Way That It Could Ever Collapse"

2. "Once Barack Obama Wins The Election Everything Will Be Better"

3. "Once Mitt Romney Wins The Election Everything Will Be Better"

4. "When Things Get Really Bad The Government Will Take Care Of Us"

5. "When Disaster Strikes I Will Just Steal From Everyone Else That Has Been Busy Preparing"

6. "The Rapture Will Be At Any Moment So I Don't Have To Worry About Prepping"

7. "The Economy Has Always Recovered After Every Recession In The Past And This Time Will Be No Different"

8. "The People That Are Running Things Are Very Highly Educated And They Know Exactly What They Are Doing"

9. "Wal-Mart Will Always Be There"

10. "Our Politicians Are Watching Out For Our Best Interests"

12. "Preppers Do Not Have A Positive Mental Attitude"

13. "If An Economic Collapse Comes I Will Just Go On Welfare"

14. "There Are Some Things You Just Can't Prepare For"

15. "Prepping Is Too Expensive"

16. "We Are Not Like Other Countries - U.S. Cities Are Designed To Withstand Major Earthquakes"

17. "I Need To Save Up For Retirement Instead"

18. "The Stock Market Has Been Soaring So Why Worry?"

20. "Prepping Is For Crazy People"

21. "I Don't Believe In Conspiracy Theories"

23. "I Would Rather Spend My Time Watching American Idol"

24. "All The People Who Freaked Out About Y2K Look Really Foolish Now, Don't They?"

25. "I Don't Want To Look Like Those Idiots On 'Doomsday Preppers'"

26. "An EMP Attack Could Never Happen"

27. "There Will Never Be A Nationwide Transportation Disruption In The United States"

28. "Instead Of Being So Paranoid, I Would Rather Just Enjoy Life"

29. "If Society Falls Apart I Wouldn't Want To Continue To Live Anyway"

30. "There Will Never Be Another World War"

32. "If You Assume The Worst Is Going To Happen Then You Don't Believe In America"

35. "If There Is A Financial Collapse All Of My Debts Will Be Wiped Out So I Might As Well Live It Up Now"

36. "If Things Hit The Fan I Will Just Go Move In With My Relatives Who Have Been Busy Prepping"

37. "Those That Believe That There Will Be Massive Riots In American Cities Someday Are Just Being Delusional"

38. "My Spouse Would Think That I Have Finally Lost It"

40. "I'll Just Deal With Problems As They Arrive"

41. "I Don't Have To Prepare For A Natural Disaster - That Is What FEMA Is For"

44. "Once I Get Rid Of All My Debt Then I Will Start Thinking About Prepping"

45. "My Relatives Already Think That I Am A Nut Job - I Don't Need To Make It Any Worse"

46. "If People At Work Find Out That I Am Prepping It Could Hurt My Career"

47. "If There Really Was A Good Reason To Prepare They Would Tell Us About It On The News"

48. "People Have Been Predicting Doom And Gloom For Years And It Hasn't Happened Yet"

49. "The United States Is The Greatest Nation On Earth - There Is No Way That It Could Collapse"

50. "I Don't Plan On Becoming A Card Carrying Member Of The Tin Foil Hat Brigade"